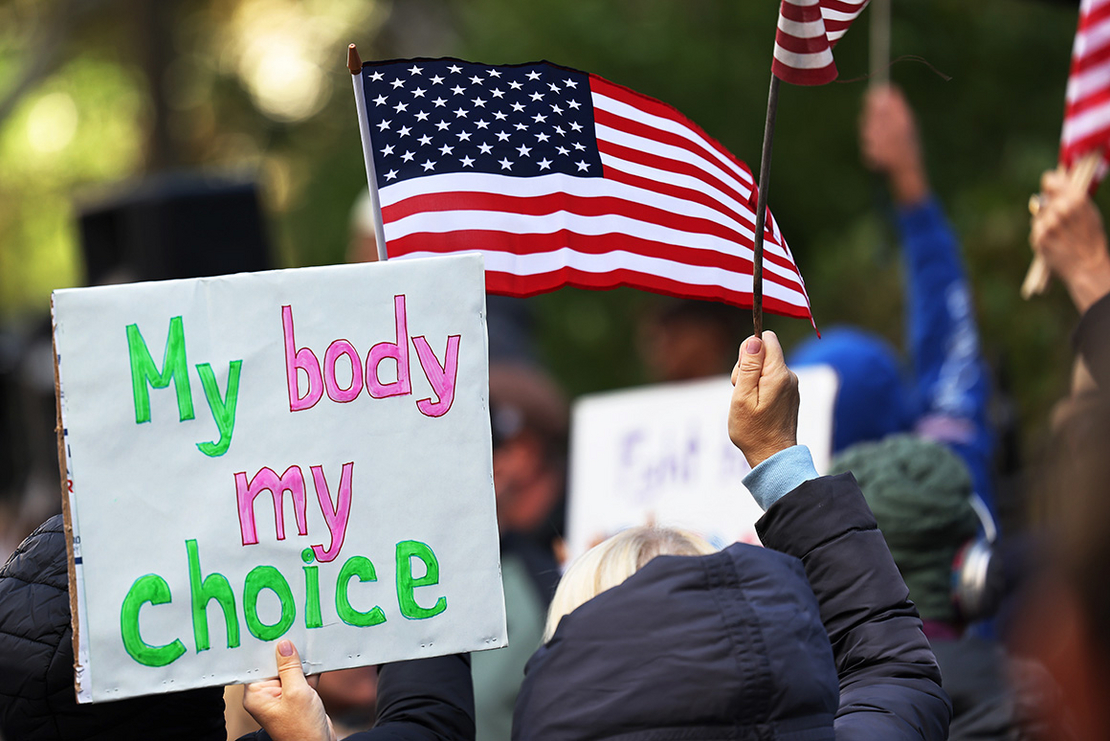 Many mandate critics never showed up to their meeting at the Office of Information and Regulatory Affairs, records show, but the development means more people are paying attention to the White House’s opaque rule review process.

“OIRA has become more high-profile and a more familiar part of our regulatory process,” said Adam White, a senior fellow at the conservative American Enterprise Institute. “It’s likely you’ll see more populous involvement in the OIRA process partly because the White House itself has encouraged broader parts of our political community beyond the Beltway elites.”

The Biden administration has signaled plans to revamp the public meeting process but the details remain elusive.

Progressives like Sen. Elizabeth Warren (D-Mass.) have long opposed the “open door” meetings, which are dictated by Clinton Executive Order 12866, claiming they tend to give outsize influence to corporate interests.

"OIRA has always been an important cog in the machine," said Sidney Shapiro, a professor at Wake Forest University. “Industry is just better at getting organized and financed to get those meetings. It’s not that they have excluded public interest groups. It’s just an imbalance in opportunity and resources. Generally, the public doesn’t get involved in that process at all.”

Warren introduced a bill last Congress that would have eliminated the meetings, which critics claim have generally slowed the pace or weakened rules, particularly on environmental policy.

In fact, an OIRA desk-officer-turned-tobacco-industry-lobbyist wrote an open letter urging the industry to lobby OIRA about an e-cigarette rule, noted James Goodwin, a regulatory analyst at the Center for Progressive Reform.

Goodwin said, “He actually said that lobbying OIRA would be more effective than participating in notice and comment!”

On Day One, President Biden issued a memo calling for “modernizing regulatory review,” but 10 months later, the White House has declined to elaborate (Greenwire, Oct. 22).

Last week, K. Sabeel Rahman — a scholar, activist and now senior counsel at OIRA — offered some clues about the administration’s thinking on regulations.

He said the White House is considering “the real need to think about civic engagement not just in a passive, open door, whoever can file a comment on a notice and comment, great — God bless. No, I think it’s actually the need to think … who are the communities we are trying to reach? What are the barriers and challenges they face engaging with government? And how do we design modes of engagement that meet people where they are at?”

But some observers wonder how much concrete change is really on the horizon given that the White House has yet to nominate someone to lead OIRA. It’s by far the biggest lag in recent history.

When asked about the vaccine mandate opponents, an OIRA spokesperson said: “OIRA welcomes public input and is always looking for ways to improve access for the public to provide input.”

The recent flurry resembles the rush of comments on then-President Trump’s memo to rein-in federal enforcement, especially for environmental crimes. The comments generally expressed blanket adulation for Trump and had little to do with the actual policy (Greenwire, March 6, 2020).

Observers like Amit Narang, a regulatory policy advocate at Public Citizen, now wonder whether this conservative grassroots rush will be replicated for future Biden rules — especially now that many meetings occur remotely because of the pandemic.

There is little evidence that meetings have had an impact on federal rules. During the Obama administration, observers said, OIRA desk officers made a point to offer no comment or opinions about what the administration was considering.

Lisa Heinzerling, a Georgetown University professor and former EPA official, wrote an article in 2014 titled, “Inside EPA: A Former Insider’s Reflections on the Relationship Between the Obama EPA and the Obama White House.”

She accused the White House of blunders surrounding ozone rulemaking early in the Obama years. Environmentalists and progressives say it was scrapped because of politics, a claim then-OIRA Administrator Cass Sunstein denies (Greenwire, Sept. 14, 2011).

Heiznerling said, “Whatever view Sunstein takes of the ‘merits’ of the ozone rule, it is hard to understand why the President rejected it and why Sunstein thinks that decision was ‘unquestionably correct.’”

The White House is now in what observers consider a tricky spot: Increase public accessibility and also strong regulations.

"The Biden White House has very clearly expressed interest in making the regulatory process accessible to the public at large — that implies an increase in scale in the process that they just have to accept," White said.

"I don’t know how you’d decrease that without taking a strictly partisan approach," White said. "The folks in the White House are not fools so they have to understand what they are getting themselves into."