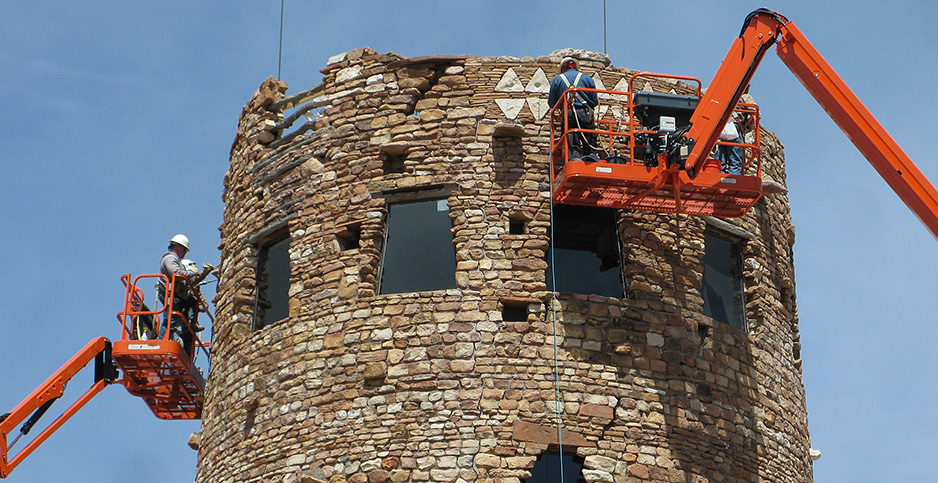 Environmentalists, outdoor industry advocates and elected officials are all nervously awaiting news of which public lands projects will receive the first round of funding through the newly passed Great American Outdoors Act.

This coming Monday, Nov. 2, is the deadline for the Interior Department to send Congress its selections for which deferred maintenance projects to prioritize for fiscal 2021, along with an up-to-date list of projects to be paid for through the Land and Water Conservation Fund.

Assuming the priority lists are handed over to lawmakers in time, it would give the Trump administration and its allies a chance to take another victory lap on the eve of Election Day — an opportunity to remind voters that the GOP is truly delivering on the landmark conservation law the president signed just three months earlier.

Advocates are cautioning, however, that just meeting a deadline mandated by statute won’t be enough to give the administration an automatic win.

"My understanding is the process at Interior is going well, and that they will be getting a list to Congress on or before the deadline," said Marcia Argust, the director of the Restore America’s Parks project at Pew Charitable Trusts. "We are hoping that what we see is going to fulfill the intent of the law."

For an administration that has been eager to burnish its environmental record in the final weeks of the 2020 campaign, a failure to meet the moment could alienate a core constituency that has been relying on smooth implementation of GAOA to boost local outdoors economies that have been failing amid the coronavirus pandemic.

And at a virtual briefing for Capitol Hill lawmakers and aides last week hosted by the Outdoor Recreation Roundtable, leaders of some of the largest outdoor recreation trade associations cited implementation of the public lands bill as the No. 1 salve the federal government could deliver to flailing businesses.

"The passage of the Great American Outdoors Act was an enormous victory — and the real benefit will show when this money flows to projects across the nation," said Outdoor Recreation Roundtable Executive Director Jess Turner.

GAOA, which passed back in August, fully and permanently reauthorized the LWCF at $900 million annually, plus created a five-year trust fund to drive down some of a $20 billion backlog of deferred maintenance projects at national parks and on public lands.

The legislation laid out specific parameters for how the LWCF and maintenance backlog dollars should be allocated, and those watching this process closely will be paying attention to whether the administration’s priority lists — due within 90 days of the bill’s enactment, or Nov. 2 — conform to or depart from these parameters.

The LWCF portion of the bill stipulates that at least 40% of the program’s dollars must be spent on federal land acquisition and at least 40% must be allocated for outdoor recreation projects in the states.

Multiple sources told E&E News they don’t expect the list Interior sends to Congress next week to differ enormously from the list it sent to lawmakers back in April — which included more than $116 million for 61 projects requested by the Bureau of Land Management, National Park Service and Fish and Wildlife Service. If there are major discrepancies between the two lists, that could be a red flag that something is amiss.

The deferred maintenance backlog component of GAOA specifies the percentage each agency can receive for projects under its jurisdiction, and mandates that 65% of available funding must go toward nontransportation projects.

Observers will be scrutinizing this set of priorities to ensure compliance with the percentage requirements, as well as whether the selected projects will, as required, be on track for completion in fiscal 2021.

While the two Republicans credited with pushing the legislation across the finish line in the Senate, Daines and Gardner, have showcased the law during their respective reelection bids, neither responded to repeated requests for comment about the law’s implementation or the upcoming deadline.

But New Mexico Sen. Martin Heinrich (D), a champion of GAOA, told E&E News he is concerned that the administration hasn’t given sufficient attention to actually implementing the measure it has spent months boasting about.

"Given the scale of what we’re talking about, this is something that deserves more than a piecemeal approach or some sort of executive statement from the secretary of Interior," Heinrich said.

He asserted that Interior and Agriculture department officials should be reassessing LWCF and the maintenance backlog as a $14 billion, five-year plan for the nation’s public lands.

"This is something that could have such a long-lasting impact on our country," Heinrich said. "I think it deserves a multiagency, cross-jurisdictional plan about how to maximize that investment and how to hit a number of different goals that are important to the American people, ranging from solving historical equity issues to dealing with the wildlife and biodiversity crisis that we have to really maximizing our outdoor economic recovery."

Heinrich argued that the list due next week — or future versions — shouldn’t merely be a repeat of the administration’s earlier requests: "I just think the toolbox that we have given to this administration and the next is so robust and expansive, it deserves someone to take a step back and really make a plan to maximize this and make sure these investments are done in a coordinated, thoughtful way."

Conner Swanson, a spokesman for the Interior Department, told E&E News that the agency will meet deadlines established in GAOA, including Nov. 2.

"The funds will be allocated to maximize the impact of the historic conservation law signed by President Trump by determining priority funding needs, so we can expeditiously serve the American public in rebuilding their national parks, American Indian schools and public lands," Swanson said.

Swanson did not elaborate on what additional algorithms or set of criteria the administration is using to make its recommendations.

But experts say there is plenty of room for federal officials to make their own, more subjective determinations about what projects ought to be at the front of the line, which could in turn be creating opportunities for outside groups to make pitches and seek to influence the deliberations.

Sources close to the process said Interior has been actively seeking advice from sportsmen’s groups and the outdoor recreation industry about their priorities, particularly around access to public lands.

Turner confirmed that Outdoor Recreation Roundtable leaders were recently invited to engage in a broad conversation with Interior Department officials, which the coalition used as an opportunity to discuss GAOA.

"We sent over our recommendations … and, importantly, shared that the recreation community is going to step up more now that we have secured $900 [million a year] to come up with new, and prioritize existing, projects that haven’t been funded," Turner told E&E News.

"We want to be at the table with recreation access and rural development solutions through LWCF, and I think those lists in the coming months/years will be well received, as they seemed interested in our lens."

BHA is urging the agency to apply $1.6 million in deferred maintenance funds to the Kiasutha Recreation Area in Allegheny National Forest, for example.

But even Peebles lamented the lack of "concrete information" from Interior officials ahead of next week’s deadline.

"We’re at the wait-and-see moment," Peebles said. "BHA, our members and supporters, have worked really hard advocating and supporting the Great American Outdoors Act, and we want the administration to follow suit and keep their legal promises."

A guessing game about how the administration will be making its decisions has also led members of Congress to submit their own specific requests for prioritizing projects in their districts.

Last week, Rep. Marcy Kaptur of Ohio, a senior appropriator who is vying to be the House Appropriations Committee’s top Democrat in the next Congress, sent a letter to Interior Secretary David Bernhardt asking for him to consider prioritizing funding specific to deferred maintenance projects at the Ottawa National Wildlife Refuge.

And in another sign that stakeholders have gone on the offensive in the weeks leading up to the rollout of the priority lists, Kyle Simpson, senior government affairs manager for the National Recreation and Park Association, said his group recently sat down with acting National Park Service Director Margaret Everson, who is leading the GAOA implementation task force.

"We reached out to them because we knew they were working through this," said Simpson, "so we wanted to make sure we made contact with them and were able to share our priorities, and we really emphasized how we want this to be implemented in a way that keeps it bipartisan."

Not everyone shares faith that Interior will meet its first deadline. Congressional Democrats have expressed partisan skepticism about the Trump administration’s commitment to carrying out the law.

Rep. Raúl Grijlava (D-Ariz.), the chairman of the House Natural Resources Committee, which has oversight authority over Interior, has twice sought briefings on the bill’s implementation, without success.

"They haven’t given us any definite dates," said Grijalva spokesman Adam Sarvana. "We’re in wait-and-see mode at the moment."

At the same time, Sen. Joe Manchin (D-W.Va.), the ranking member on the Senate Energy and Natural Resources Committee, who was a lead sponsor of GAOA, has heard nothing from Interior about its progress, according to his office.

But the top Republican on the House Interior and Environment Appropriations Subcommittee, David Joyce of Ohio, has made contact with Interior, said the congressman’s spokeswoman, Katherine Sears.

"They have assured him they are working as hard as they can to meet that deadline as required," she said.