Antiquities Act could play a monumental role in 30×30 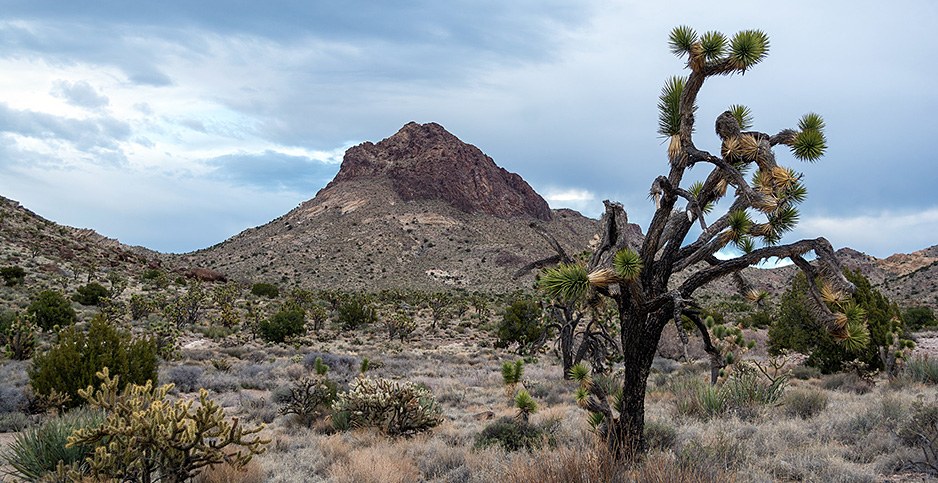 A Joshua tree at the Castle Mountains National Monument, a monument in the Mojave Desert created by President Obama in 2016. Matthew Dillon/Flickr

With the stroke of a pen, presidents can set aside acres upon acres of public lands for conservation under the Antiquities Act — a potentially enticing shortcut for a White House vowing to protect 30% of the nation’s lands and waters in a natural state over the next decade.

But ahead of conservation recommendations expected from the Interior Department to President Biden next month, observers can only speculate how large a role the 1906 law will play in meeting the "30×30" goal.

Critics of federal land management are readying for new national monument skirmishes, while environmentalists emphasize that any Biden designations will have to be just one component of a much broader plan.

"On the whole, the Antiquities Act is an incredibly important tool in the toolbox for meeting the conservation goals of the 30×30 effort, both for biodiversity and wildlife habitat but also for people and the climate," Dan Hartinger, government relations director for the Wilderness Society, told E&E News. "But I definitely want to be clear, it can’t be the only tool."

The National Wildlife Federation’s Mike Saccone echoed that sentiment, suggesting that while some new monuments could be a part of Biden’s plans — environmentalists point to the Castner Range in El Paso, Texas, or the Avi Kwa Ame, or Spirit Mountain, in Nevada as obvious choices — federal lands alone aren’t sufficient to meet the 30×30 goals, or its focus on safeguarding biodiversity (Greenwire, Dec. 7, 2020).

"The fact remains we cannot get to 30×30 through federal designations alone," Saccone said, pointing to alternative avenues like offering incentives for private land conservation and remediating mine land and orphan wells.

The federal government manages about 640 million acres of public lands, or about 28% of all land in the country. But only 12% of the nation’s lands are permanently protected in a natural state, as are about 23% of its oceans, according to the U.S. Geological Survey.

The Antiquities Act allows presidents to set aside existing public lands as national monuments to protect areas of cultural, scientific or historical importance.

But Republican critics who have pressed for revisions on how and where the law can be deployed expressed concern that Biden’s still-undefined 30×30 plan could trigger new incursions into their states.

Utah Sen. Mike Lee told E&E News in a recent interview that he expects the Biden administration "will likely use the Antiquities Act more aggressively than I would prefer."

"I certainly don’t think it will be limited to that," Lee said, explaining that he has unsuccessfully reached out to the White House in search of details about the administration’s vision for 30×30, while adding that it is understandable that he hasn’t yet heard back.

Still, Lee emphasized that the uncertainties around 30×30 are a major concern. "We have been asking questions about it because we genuinely don’t know what to expect," he said.

Although Biden campaigned on the pledge to conserve land and water in an effort to address both climate change and biodiversity, details about what this will mean remain largely unknown in his first few months in office.

The conservation push is expected to gain more structure soon, as the Interior Department must meet an April 27 deadline to outline steps needed to meet the 30×30 goals.

But Montana Sen. Steve Daines (R) — who along with Lee and dozens of Congressional Western Caucus members wrote Biden a letter last week expressing concerns over the looming plans — said he is warning the president against creating "midnight monuments" (E&E Daily, March 17).

"Using the Antiquities Act to lockup land for the purpose of fulfilling President Biden’s dubious 30×30 initiative would be an incredible abuse of power and dramatically alter the way of life for Montanans and Westerners," Daines said in a statement to E&E News. "These designations should be locally driven, not mandated by the president to appease environmental activists."

Conservation advocates dismiss such criticisms as inaccurate, however, pointing to broad public support for monuments. Among the more than 150 sites established under the law, fewer than a dozen have been dismantled, according to statistics maintained by the National Park Service (Greenwire, Feb. 8, 2017).

"It’s not like [a president] comes into office, and he says, ‘Give me five monuments, and I’ll designate them tomorrow.’ It takes a lot of hard work to get a monument designated," Donnelly said.

Despite his hesitancy over the creation of new monuments in the Beehive State, Lee acknowledged there is a potential silver lining to a renewed focus on monuments: the possibility of winning a permanent Antiquities Act exemption for Utah.

"Our state has been disproportionately burdened by this," Lee asserted. More than 33 million acres, or about 63% of Utah’s landmass, is owned by the federal government.

Legislation reintroduced by Lee earlier this year, the "Protect Utah’s Rural Economy (PURE) Act," S. 31, would prohibit new or expanded monuments in his home state. Currently, only Wyoming and Alaska are exempt from the law (E&E Daily, Jan. 26).

Lee said he could foresee an exchange in which any new monuments would be tied to legislation containing similar language.

"Not all Antiquities Act monument designations are alike: There are countless ways in which they could make a designation less bad or more bad depending on not just the acreage but also the management plans," Lee said. "All those things would need to go into the mix, but as I see it, no deal would be possible — assuming we could reach agreement on those things — no deal would be possible without an exemption for Utah, prospectively."

Whether a Democratic-led Congress and White House would agree to that exemption remains an open question, but Lee could raise the issue with Interior Secretary Deb Haaland next month.

Haaland is set to visit Utah as the administration separately considers whether to restore more than 2 million acres of land to the Bears Ears and Grand Staircase-Escalante national monuments (E&E News PM, March 17).

Then-President Trump excised those lands in late 2017, responding to longtime criticisms from state and federal elected officials in the solidly Republican state.

Lee, who pressed Haaland to commit to that visit during her confirmation hearing, said he will meet with the secretary, but details had yet to be set last week.

These discussions will happen in the shadow of a recent new participant in the monument discussion: Supreme Court Chief Justice John Roberts. In a four-page statement attached to a decision not to take up a monument case this week, Roberts suggested it could be time for the Supreme Court to take a fresh look at national monuments and whether the often-sprawling territory of recent designations follows the letter of the law (Greenwire, March 24).

At the same time, the Utah delegation is urging the Biden administration to allow Congress to act on a legislative solution for the monuments, arguing that executive action could result in "political football" in which the sites change boundaries depending on which political party controls the White House.

Lee asserted that any new monuments in his state could face the same sort of uncertainty if Biden were to aggressively deploy the Antiquities Act over the next four years.

"What can be done with the stroke of the executive pen can almost always be undone with the stroke of the executive pen," Lee said. "And so, just as surely as the sun will rise in the east tomorrow, I can say that if they do this recklessly in Utah, and against the opposition of Utah’s elected officials as they did in ’96 and 2016, then the next time we have a Republican president, we’re going to have him or her redraw those boundaries or get rid of them."

But conservation advocates dismiss those arguments, pointing to ongoing legal challenges to Trump’s actions. Plaintiffs in parallel cases focused on Bears Ears and Grand Staircase-Escalante charge that Trump overreached his authority under the Antiquities Act. While the law allows presidents to create new monuments, advocates say only Congress can reduce or eliminate those sites.

Those lawsuits are on hold in the U.S. District Court for the District of Columbia as the Biden administration completes its review (E&E News PM, March 8).

"The enduring nature of these conservation protections is pretty unquestioned, setting aside the Trump administration’s illegal actions," said Hartinger with the Wilderness Society, calling the 1906 law a "one-way lever."