ANWR’s for sale. Can Biden stop it? 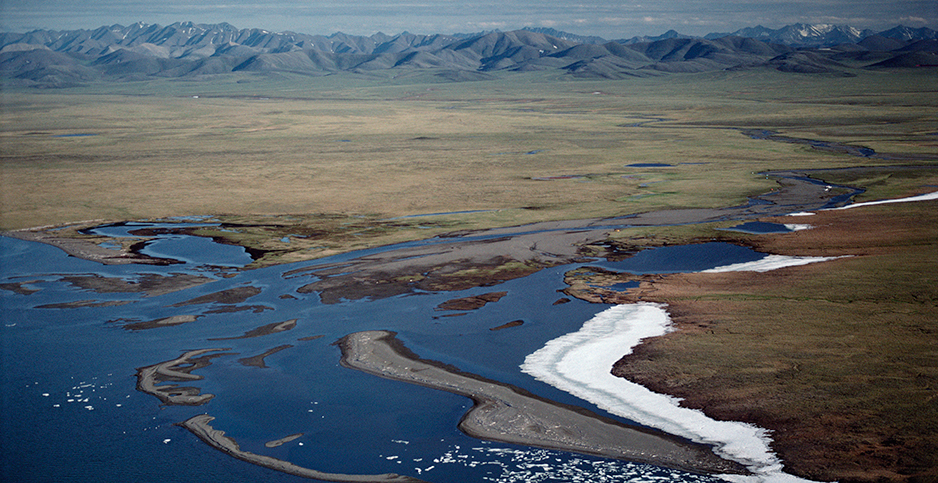 The Trump administration’s announcement that it will sell drilling leases in the Arctic National Wildlife Refuge next month is raising a key question: Will — and can — Joe Biden stop it?

President Trump’s Interior Department said yesterday that the first lease auction in the refuge will take place two weeks before Biden’s swearing-in as the 46th president (Greenwire, Dec. 3). That prompted immediate pressure on the president-elect from critics of oil and gas development in the refuge, one of the largest protected areas in the United States.

"We will need [Biden] to use all the tools at his disposal to stop the industrialization of this iconic national treasure," Adam Kolton, executive director of the Alaska Wilderness League, said in a statement.

Opponents are also pushing to quell the federal oil and gas program before seismic testing — an environmentally impactful search for resources — occurs.

Considering the crossfire, ANWR could be one of the first big energy battles for Biden, and experts say there’s a chance he could make good on his promise to protect the refuge.

Several factors may determine if drilling actually occurs, including how many bidders show up for a sale, experts say. Biden also could have several options to undo the decision, such as slowing down the process in the Bureau of Land Management.

However, those options could come with political minefields, depending on who ultimately controls the Senate. If it’s the GOP, there would be more pressure on Biden to leave bargaining chips on the table, such as ANWR.

What is clear is that Biden made protection of the refuge one of his campaign tenets — a return of the late Obama-era approach that eschewed development in the environmentally sensitive Arctic, where warming is happening at twice the rate of the rest of the globe.

But the president-elect hasn’t yet outlined how he would achieve that. The Biden transition team did not respond to requests for comment.

The debate comes after Congress reversed a 40-year blockade by Democrats and environmentalists on oil development in ANWR’s 1.6-million-acre coastal plain via a rider in the 2017 tax overhaul. The sale next month would be the completion of the first part of that congressional mandate.

Industry high bidders would then acquire a 10-year property right to develop oil and gas on their lease, within a set of parameters that attempt to mitigate impacts on the tundra and wildlife in the pristine ecosystem along the Arctic coast. Both the oil and gas industry and oil-friendly politicians are expected to fight fiercely for those rights once sold.

In a statement yesterday, Sen. Lisa Murkowski (R-Alaska) thanked Interior Secretary David Bernhardt for pushing for the sale to be carried out and hinted at the ongoing fight over the environmental impacts of drilling in the refuge.

"This is a tremendous opportunity for Alaska’s resources to continue benefitting our nation and providing American families with well-paying jobs," she said. "Alaskans have proven, over and over again, that we can responsibly develop our resources while being good stewards of our lands and waters."

In their ANWR push, environmentalists have warned of catastrophic effects that could come from drilling, including threats to wildlife and increased emissions in an already warming region.

"We’re counting on the Biden administration and the courts to protect polar bears and our climate where Trump wouldn’t," said Kristen Monsell, a senior attorney with the Center for Biological Diversity.

Pat Parenteau, an expert in the National Environmental Policy Act and professor at Vermont Law School, said Biden likely has a few options to take up that mantle.

First, the administration could "confess error" in regard to BLM’s environmental analysis during the Trump years.

There are several court cases pending from environmental groups, states and the Gwich’in people of the Arctic alleging a rushed and superfluous environment review. By confessing error in prior agency work, Biden could seek a voluntary remand, Parenteau said.

"Plaintiffs will request that the leases be vacated and Biden DOJ can acquiesce, leaving the oil companies to fight it out on their own," he said.

The Biden administration may also be able to find reason to cancel the leases due to violation of protocol or procedure by BLM, a promising option for opponents given the rushed pace, he said.

Barring those avenues, the administration can revert to regulatory pressure — making the requirements to drill so difficult as to make it "infeasible" for companies to try, he said.

The Trump administration is up against the clock to hold the January auction. To speed the process, the administration merged what are typically two pre-drilling periods into one.

The call for nominations — a normally 30-day period for industry to identify areas in which it may like to drill — is slated to be combined with the notice of sale — typically a separate 30- to 45-day period that precedes an actual sale date.

"They have made a complete mess of the leasing process," said Matt Lee-Ashley, an analyst at the Center for American Progress. "This whole boondoggle can and should be tossed in the trash by the courts or the next administration."

But insiders say the administration has left itself a two-week window between the sale and the inauguration that will prove critical in whether oil and gas secures a foothold in the refuge.

Generally, after a lease auction, Interior has to go through a number of steps before leases are made official. These include affirming the transactions with the high bidders and seeking a Department of Justice antitrust review, several former Interior sources familiar with ANWR said.

The pressure for Trump’s Interior, in their view, will be in getting bidders, as well as getting the DOJ and Bureau of Land Management to move through that process rapidly so bidders have leases in hand before the change in administration.

"That changes the dynamic considerably. Now you have people with a protected interest," one former official said. "If you had everything staged and ready, can you get there before January 2021? Yeah."

Still, timing has been the Achilles’ heel of the ANWR progress.

A year ago, the administration promised to hold the lease sale by the end of 2019. Joe Balash, then the assistant secretary for lands and minerals management, was said to have driven the rapid advance of the original environmental review and repeatedly promised a sale that would have allowed the administration a year before the 2020 election to focus on fighting off litigation and protecting its policies.

But after Balash’s exit in September of last year, ANWR progress lagged. The final environmental review, promised by year’s end, wasn’t published until August of this year. And the first action to advance a lease auction, the call for nominations, only came out last month.

Yesterday, fanfare for the oil and gas sale was limited.

A request for comment on the upcoming sale from the Alaska Oil and Gas Association was not answered. A spokeswoman for the Independent Petroleum Producers of America said its member companies weren’t directly involved in ANWR drilling prospects at the moment.

"While we haven’t been directly advocating for the opening of ANWR, IPAA has always been a vocal supporter of a multiple-use mandate for federal lands that would include natural gas and oil production," said Jennifer Marsteller of IPAA.

For many observers, the question is not yet whether Biden will be able to act in contrast to the Trump administration. It’s whether industry will take part in the sale at all.

Given the unique challenges depressing the long-term potential around ANWR, it may be that only a unique company could move forward on a lease and then fight to drill on it, experts say.

In 2017, the Congressional Budget Office estimated the ANWR program would generate $1 billion in revenue, a figure argued as an offset to the Tax Cuts and Jobs Act’s $1.4 trillion cost. Taxpayers for Common Sense countered that revenue closer to $20 million was more accurate.

Pressures against Arctic drilling have since increased with low oil prices and investment risks threatening widespread participation in the sale, critics say.

In recent months, the six largest U.S. banks have said they will not fund Arctic projects. Meanwhile, declines on the North Slope have shaken Alaska’s economic model, which depends heavily on oil and gas revenues, evidenced by the exit of large oil and gas players. Last year, BP PLC sold its North Slope assets to the Texas independent Hilcorp Energy Co. after a six-decade run in the state. That exit was preceded by Anadarko Petroleum Corp., Pioneer Natural Resources Co. and Marathon Petroleum Corp. getting out of Alaska.

In the very near term, the oil sector is facing investment challenges, a slate of bankruptcies, low demand and oil prices struggling to climb out of the $40 range.

"The oil market is depressed and the economic and reputational costs of drilling in a remote, undeveloped and sensitive Arctic location are prohibitively high," David Hayes, Interior deputy secretary during the Clinton and Obama administrations, said in an email, noting that the coastal plain is also socially protected, a "remote, American wonder."

The best outcome may be that no one bids on the sale and no fight takes place for Biden, according to two former Interior officials familiar with Alaska. Everyone wins symbolically, and the law is satisfied, one said.

But if there are bidders, it will be a long battle, and the question is whether Biden will want to fight the sale after the fact and risk damaging his relationship with prominent voices in a potential Republican-led Senate like Murkowski.

The senator penned the rider in the 2017 Tax Cuts and Jobs Act mandating a leasing program, and her commitment to ANWR development is a matter of family legacy. Her father, former Alaska Gov. Frank Murkowski (R), was also a staunch advocate of ANWR exploration.

Should Biden not want a sour relationship with Murkowski from the first days of his presidency, he’ll have to weigh the blowback from progressives who oppose ANWR development, according to one of the former Interior officials.

"There are people that are going to be mad, but what can they really do to you?" the former official said.