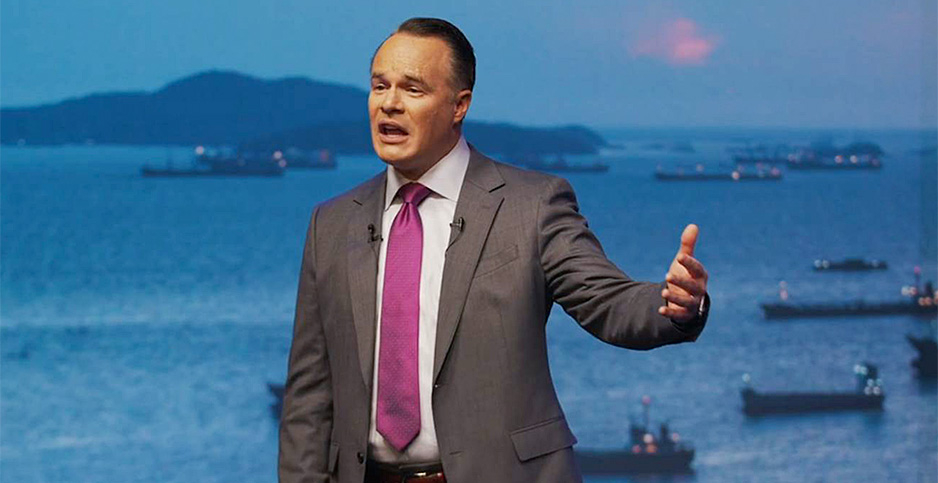 The nation’s oil and natural gas lobby is asking Congress to put a price on carbon dioxide emissions, a sharp reversal from the industry’s previous moves to fight such an idea.

The American Petroleum Institute said today it supports "sensible legislation that prices carbon across all economic sectors while avoiding regulatory duplication," with certain caveats including that consumers know about the prices when they buy gasoline.

"Rather than a patchwork of federal and state regulations and mandates that could ineffectively address the climate challenge, an economywide carbon price policy is the most impactful and transparent way to achieve meaningful progress," API President and CEO Mike Sommers said.

"We will advocate for this policy on Capitol Hill and within the administration," Sommers told reporters this afternoon.

Sommers, the former chief of staff to then-House Speaker John Boehner (R-Ohio), decried partisanship over climate change and said API is trying to rise above that.

"What we’re trying to put forward is a responsible middle ground that addresses the climate challenge head-on, in a serious and meaningful way," he remarked. "We know how big this challenge is."

It’s a stark contrast from the past, when API fought carbon pricing proposals, including congressional attempts in 2009 and 2010 to institute a cap-and-trade system for greenhouse gas emissions.

The industry’s move to fight climate change comes shortly after President Biden and congressional Democrats came to power, with promises to make bold climate change policies one of their top priorities.

But while API wants to price carbon and discourage other policies, Democrats want to focus primarily on regulations, standards and subsidies, with greenhouse gas pricing as a potential piece of their strategies.

The GOP, on the other hand, has stood mainly in opposition to carbon pricing, with the exception of a handful of lawmakers including Rep. Brian Fitzpatrick (R-Pa.) and Sen. Mitt Romney (R-Utah). Republicans argue that increasing the prices of fossil fuels would hurt the economy and kill jobs.

API’s turnabout comes after many of the largest players in the oil and gas industry, including Exxon Mobil Corp., Chevron Corp., Royal Dutch Shell PLC and BP PLC, have already endorsed carbon taxes or other pricing measures. The organization lost France-based Total SE this year, citing disagreement over carbon pricing.

In addition, other major business groups have opened the door to carbon pricing. The U.S. Chamber of Commerce earlier this year backed "a market-based approach" to fighting climate change, including potentially pricing carbon emissions.

A carbon price could be beneficial to oil and gas in various ways, including to make coal more expensive and increase the value of natural gas as a competitor.

Sommers said API is not backing a specific carbon price, or even a specific mechanism for it.

"What we’re advocating for is a market-based approach," he said. "It could encompass an economywide, transparent, price, like carbon tax. Or it could include a cap on emissions like a cap-and-trade program."

A carbon pricing policy should "minimize the burden of duplicative regulations," it said, through either eliminating greenhouse gas regulations or making the carbon price "interoperable" with those rules, API said in a list of standards for the kind of policy it would support.

The price should be adjusted "periodically," the industry argued, "through a defined, rational, and transparent process to meet GHG emissions targets."

API wants "transparency" so consumers know how much the carbon price is costing them, including at the point of sale for gasoline and other transportation fuels.

It also wants companies to get credits for certain activities, including when gases "are captured or sequestered downstream of the point where the price on carbon is assessed, such as for fossil fuels used as feedstocks in manufacturing activities where the carbon is permanently stored."

That seems to indicate that producing petrochemicals like plastics would make those fossil fuels not subject to a tax or other price.

The carbon price is one of five points API released today as part of a Climate Action Framework. The others are to accelerate technology and innovations, further mitigate emissions from the industry’s own operations, advance clean and lower-carbon fuels, and boost greenhouse gas reporting mechanisms.

It came as a result of a yearlong process among API members to revamp the organization’s climate policies.

‘We need factions to move, negotiate’

Alex Flint, who pushes for Republicans to back a carbon tax as president of the Alliance for Market Solutions said API’s announcement "may be the most important climate policy development since the election of President Biden."

"Climate change has been deeply politicized for over two decades. To get any major climate policy enacted, we need factions to move, negotiate, and compromise. And the American Petroleum Institute has just made a big move," said Flint.

"Not only did the organization make it clear it wants a seat at the table, but it also wants its supporters engaged in policy negotiations," he said. "As a result, the outlook for climate policy is better today than it was yesterday."