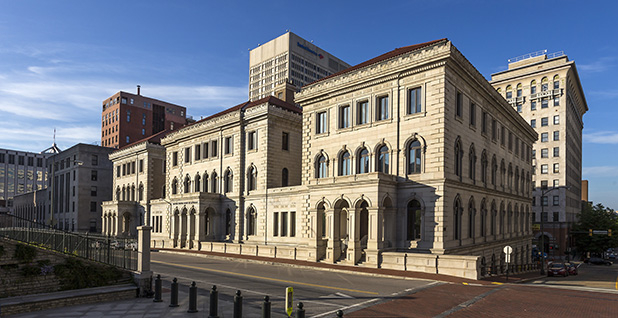 A federal appellate court will not reconsider its conclusion that the Forest Service lacked the power to authorize a major natural gas pipeline to cross the Appalachian National Scenic Trail.

The 4th Circuit yesterday denied the petition for a rehearing en banc, igniting speculation that the case could head to the nation’s highest court.

Dominion Energy Inc., the pipeline’s largest stakeholder, said today that it expects a Supreme Court petition to be filed in the next 90 days.

"We are confident that the U.S. Departments of Interior and Agriculture have the authority to resolve the Appalachian Trail crossing issue administratively in a manner that satisfies the Court’s stated objection and in a timeframe consistent with a restart of at least partial construction during the third quarter," the company said in a statement this morning.

The Supreme Court’s current term ends in June, so the justices’ consideration of an appeal likely wouldn’t come up until the fall.

The pipeline would cross the Appalachian Trail south of Shenandoah National Park in Virginia.

The 4th Circuit’s holding carries weight because the Forest Service and NPS are subject to very different land management mandates. The park service must leave its lands "unimpaired for the enjoyment of future generations," while the Mineral Leasing Act authorizes the Forest Service, which is housed in the Department of Agriculture, and other agencies to manage for multiple use.

Tezak noted that the denial throws another major wrench in Atlantic Coast’s progress.

Earlier this month, Dominion announced that costs for Atlantic Coast, which is designed to carry natural gas from West Virginia to North Carolina, had ballooned to $7.5 billion. The project is not expected to be in full service until 2021.

"We view the odds of maintaining their recently revised schedule as growing longer," Tezak said.

Dominion said today that its most recent cost estimate for the pipeline took into account the possibility of the 4th Circuit denying the request for rehearing.