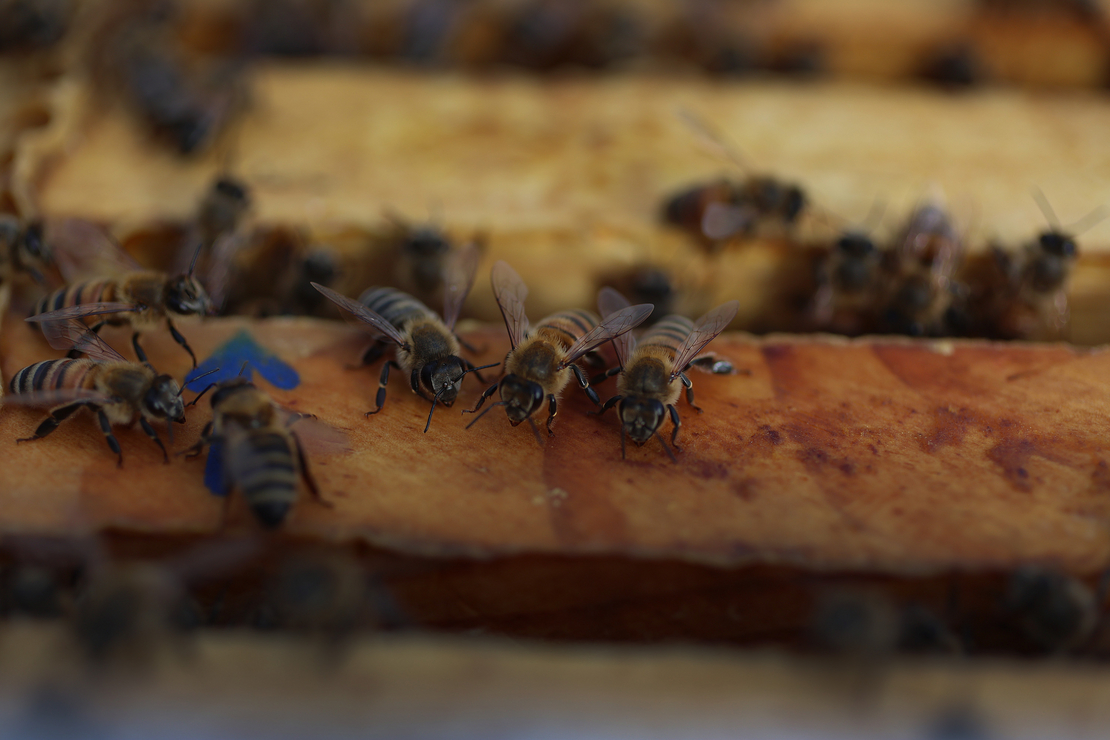 Honeybees gather in a hive at Councell farms on Dec. 15 in Arcadia, Fla. Joe Raedle/Getty Images

In a decision issued Wednesday, the 9th U.S. Circuit Court of Appeals asserted that regulators should have considered the impacts of the bee-killing insecticide sulfoxaflor when it expanded that product’s use for long-term approval.

That action, taken under former President Donald Trump, drew legal wrath from beekeepers who argued that the agency had bypassed public comment in making its decision while also violating several protective statutes.

Writing for the majority, Judge Kenneth Lee expressed agreement with that pushback, which came from the Pollinator Stewardship Council, American Beekeeping Federation and a beekeeper, all represented by Earthjustice.

EPA, Lee said, violated the Endangered Species Act’s “mandate that it determine whether the pesticide may affect endangered or threatened species or their habitat, and (if so) consult other wildlife agencies to consider its impact on endangered species.”

The agency had argued that it lacked the resources to do more extensive due diligence, but Lee dismissed that argument. “EPA cannot flout the will of Congress just because it contends it is too busy or understaffed,” Lee wrote, adding that the agency’s “repeated violations of the ESA undermined the political structure.”

He further asserted that the agency should have solicited public comment, as is expected under the Federal Insecticide, Fungicide and Rodenticide Act.

But the panel still opted not to vacate the agency’s decision around sulfoxaflor, arguing that to do so “might end up harming the environment more and disrupting the agricultural industry.”

Instead, the appeals court remanded the case back to EPA for further action, directing regulators to “to act immediately [to] address the deficiencies,” including vetting the decision under ESA and FIFRA.

That should take place within 180 days, they concluded.

The case kicked off in 2019 after EPA determined that sulfoxaflor could be applied to crops it was not originally approved for, like cotton and sorghum (E&E News PM, Sept. 6, 2019).

That expansion came despite long-running concerns around the pesticide, which threatens bees and was at one point banned.

Sulfoxaflor was originally approved for use by Dow Chemical Co., which has since split and left the product to Corteva Agriscience.

At the time of EPA’s expanded approval, Alex Dunn, then the assistant administrator for the Office of Chemical Safety and Pollution Prevention, said that the agency had made its decision based on industry-sponsored studies.

In a more recent draft biological evaluation, the Biden EPA found that sulfoxaflor is likely to negatively affect about one in three endangered species exposed to it, although most would not be put in jeopardy (Greenwire, July 20).

Pressure on EPA is now ramping up with the appeals court decision, and advocates are celebrating.

“For far too long, EPA has bent to the pesticide industry’s desire to get their toxic chemicals to market as quickly as possible,” Sylvia Wu, a senior attorney at the Center for Food Safety and counsel in the case, said in a statement. “Today the court told EPA, ‘No more: Congress tasked the agency with protecting endangered species and the environment at-large, not just the interests of the pesticide companies.’”

Stephanie Parent, a senior attorney at the Center for Biological Diversity and co-counsel on the case, expressed similar sentiments.

“This decision is a huge win for monarch butterflies, rusty patched bumblebees and all the other struggling populations of insects and birds constantly under threat from harmful insecticides,” said Parent.

She added: “It’s long past time for the EPA to take meaningful action to protect our most imperiled wildlife and put protections in place for endangered species before approving use of toxic pesticides on millions of acres of crops.”