Arc of peak oil: From empty wells to demand destruction 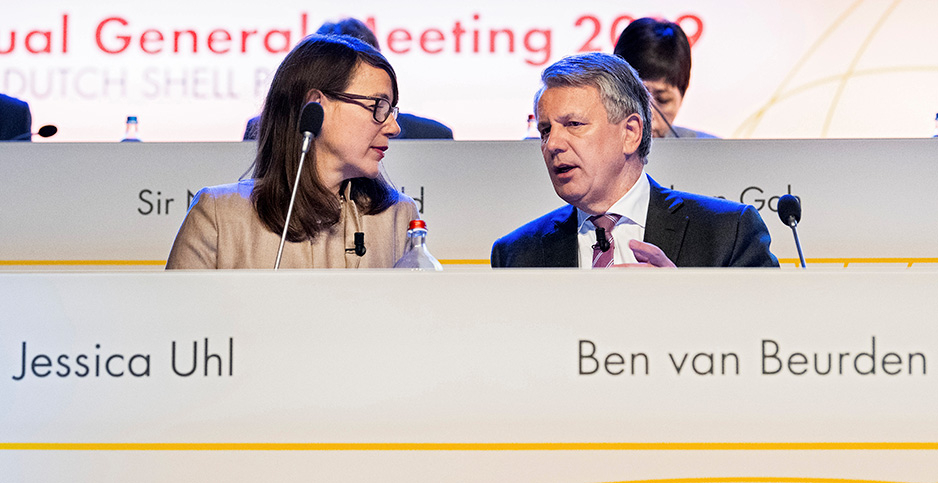 The world once debated whether oil wells would run dry. Now, with crude flooding the market, the debate has turned to whether oil companies can sell enough of it.

If peak oil is a relic, the question now is if we’ve hit peak oil demand.

The debate, like nearly everything these days, is stoked by the novel coronavirus. Demand has plummeted with much of the world on lockdown. Roughly a third of global oil consumption evaporated in April. The International Energy Agency estimates the world will use 9.3 million fewer barrels a day in 2020 than it did in 2017. That would bring consumption back to 2012 levels.

Ben van Beurden, CEO of Royal Dutch Shell PLC, told financial analysts last week that the recent demand destruction has been so great that "we don’t even know [if] that will come back."

Oil demand will play a large role in the world’s emissions trajectory. Oil consumption accounts for about a third of global carbon dioxide emissions associated with energy production, a figure exceeded only by coal.

But as emissions from coal have shown signs of declining in recent years, CO2 output from oil has climbed steadily higher. The Global Carbon Project estimates that oil emissions grew at an average rate of 1.4% between 2013 and 2018, while coal declined by 0.5% over that time.

"If we have hit peak oil, it’s great news for climate," said Nathan Hultman, a former Obama administration official and director of the Center for Global Sustainability at the University of Maryland. "We’ve known for many years that this is a moment that had to happen to have a future that is somehow compatible with the scientific goals of getting to a 2-degree or better pathway."

It’s unclear if the world has reached that point. Oil’s rebound will depend in large part on how individuals and governments respond to economic chaos wrought by the pandemic. A permanent shift toward working from home or massive stimulus efforts to boost electric vehicles could permanently reduce demand, analysts said.

But today’s low oil prices could just as easily turn consumers away from electric vehicles. Meanwhile, health fears associated with the virus could push city dwellers into the suburbs, leading to more driving.

In recent years, petrochemicals, aviation and shipping have been the main drivers of growth in oil demand, said Alex Dewar, a consultant who tracks energy markets and climate policy at the Boston Consulting Group. Aviation and shipping, in particular, face a potentially long road to recovery.

"Demand growth is highly likely to be slower than it was in the past," Dewar said. "That in and of itself has big implications and supports the narrative that we’re likely to be in a lower price environment for a longer period of time."

Oil companies, he noted, are less likely to earmark money for new projects if they foresee little to no growth. Shell executives seemed to indicate as much in the earnings call with investors last week, by saying their decision to cut the company’s dividend was driven in part by the goal of preserving money for a transition to new energy technologies.

"Where it gets interesting is, does a sustained low price environment accelerate a capital allocation shift toward new energies and does that in turn drive a more sustainable shift in the consumption of energy?" Dewar said.

There are plenty of reasons to be skeptical that oil growth is over. Bloomberg reported yesterday that automakers sold more pickup trucks than passenger vehicles in April for the first time, signaling consumers’ enduring taste for gas-guzzling vehicles.

There’s also the role of China, which has driven much of the growth in global oil demand in recent years. The country is already showing signs of recovery in the wake of the pandemic.

Rystad Energy, the Norwegian oil consultancy, expects global demand growth between 2023 and 2025 to slow by roughly 250,000 barrels a day because of the coronavirus. But it also predicts that oil prices will climb in 2025, when current cutbacks in production are expected to result in a supply shortage.

David Victor, who studies climate policy at the University of California, San Diego, is skeptical of predictions that say oil will fail to recover. This isn’t the first time people have predicted that video conferencing would replace work travel and commuting, he noted.

"Grandma still wants to visit the grandchildren," Victor said. "If the economy recovers, it is highly likely that oil is going to recover to where it was before."