Arctic Ocean has been ‘Atlantifying’ for at least a century 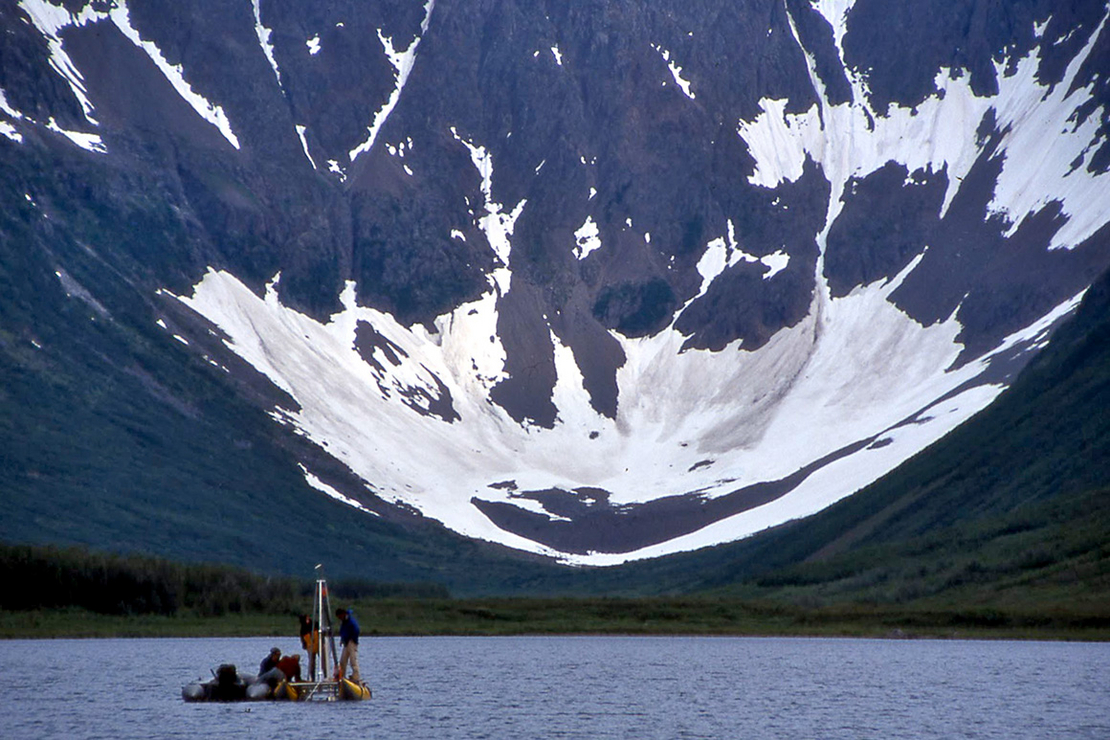 The Arctic Ocean is one of the most distinct and isolated ecosystems on Earth, rich with unique wildlife and sparkling with ice. But as the climate warms, it’s looking less like itself — and more like the warmer, saltier Atlantic to the south.

“Atlantification,” as scientists call it, is a big threat to the delicate, highly specialized marine communities of the far north.

The Arctic Ocean has a unique structure to begin with — it contains layers of warmer and colder waters resting on top of one another, capped off with a covering of sea ice, which shrinks in the summer and expands in the winter. Arctic organisms, from tiny algae to majestic polar bears, are closely adapted to this special system.

But Atlantification speeds up the melting of Arctic sea ice, which is already rapidly vanishing. And it can disrupt marine food webs, driving away certain Arctic species and luring in new ones from warmer climates.

Scientists already knew that Atlantification has been happening for decades, thanks to data collected by satellites. And they know it’s likely to get worse as the Arctic keeps warming. But new research finds that it’s been a problem for far longer than scientists previously suspected.

A study, published last week in the journal Science Advances, finds that the Arctic Ocean began transforming more than a century ago.

Sea ice cover began to shrink. More sunlight was able to penetrate through to the water. Algae began to bloom earlier in the season. Waters steadily warmed during the summer. In general, the ocean became warmer and saltier.

The study focuses on a region of the Arctic Ocean near the Fram Strait, a narrow passage of water running between Greenland and the Norwegian islands of Svalbard. It’s an important gateway between the Arctic and Atlantic oceans.

The Barents Sea, which backs up against the eastern side of the Fram Strait, is one of the regions most affected by Atlantification today. It’s undergone some of the strongest warming across the Arctic Ocean. And as its sea ice cover has dwindled, its waters have grown warmer, saltier and much more mixed together.

Studies have found that the process is a kind of self-reinforcing cycle.

Because the Arctic Ocean is so structured and stratified, Atlantic waters flowing north into the region typically wind up sequestered in a warm, salty layer that rests below the colder, fresher surface waters just below the sea ice.

But warming in the region is causing the sea ice to melt away. And as this protective cap disappears from the surface of the water, the ocean begins to churn and mix. The layer of warmer Atlantic water bubbles up to the surface and causes even more melting.

The new study used a special technique to look back in time at how the region has changed. It analyzed ancient marine sediments, drilled from the ocean floor where they’d been trapped for decades or even centuries. The chemical composition of these sediments, and the kinds of tiny marine animals they contain, can give scientists information about how the ocean has changed over the years.

These analyses revealed that the ocean began suddenly Atlantifying in the early 20th century. The study can’t explain, definitively, why this happened. But the authors have some ideas.

Their main theory involves a major ocean current, which ferries warm water north from the equator and brings cold water back down from the Arctic. Scientists often describe it as a giant ocean conveyor belt.

Studies suggest that this current — known as the Atlantic Meridional Overturning Circulation, or AMOC — began slowing down more than a hundred years ago. The researchers suggest that the ocean’s structure began to change as the current weakened, allowing masses of warm, salty water to seep into areas along Fram Strait.

There’s some debate about why the current first began to weaken. The slowing coincides with the end of a natural cold period in the Earth’s history, known as the Little Ice Age. Temperatures were rising and glaciers were melting across the Northern Hemisphere. Some of these changes may have disrupted the current’s flow.

At the same time, the Industrial Revolution was kicking into high gear. Human societies were pumping more carbon dioxide into the atmosphere — jump-starting the age of anthropogenic climate change. These early greenhouse gas emissions, and the beginning of modern global warming, may have also played a role.

An influx of cold, fresh water from the melting Greenland ice sheet is expected to further weaken the AMOC in the coming decades. In fact, recent research finds that the current has already hit its slowest point in the last thousand years (Climatewire, Feb. 26).

At the same time, rising temperatures in the Arctic will keep melting away the sea ice. Some studies warn the Arctic Ocean could experience ice-free summers within just a few decades.

Looking into the past is often a useful way of preparing for the future, scientists say. It’s a window into the kinds of change the world might experience as the climate heats up.

In this case, the study suggests the Arctic Ocean is likely to continue transforming as the climate warms.

Exactly what those changes might look like is still uncertain. The researchers note that climate models — which scientists use to run simulations of past and future climate change — don’t do a good job of capturing the changes they’ve documented in their new study.

Ensuring these processes are well represented in the latest models may be one way for scientists to improve their predictions about future Arctic warming.

“Climate simulations generally do not reproduce this kind of warming in the Arctic Ocean, meaning there’s an incomplete understanding of the mechanisms driving Atlantification,” said lead study author Tesi Tommaso, a scientist at the Italian National Research Council’s Institute of Polar Science, in a statement.

“We rely on these simulations to project future climate change, but the lack of any signs of an early warming in the Arctic Ocean is a missing piece of the puzzle.”