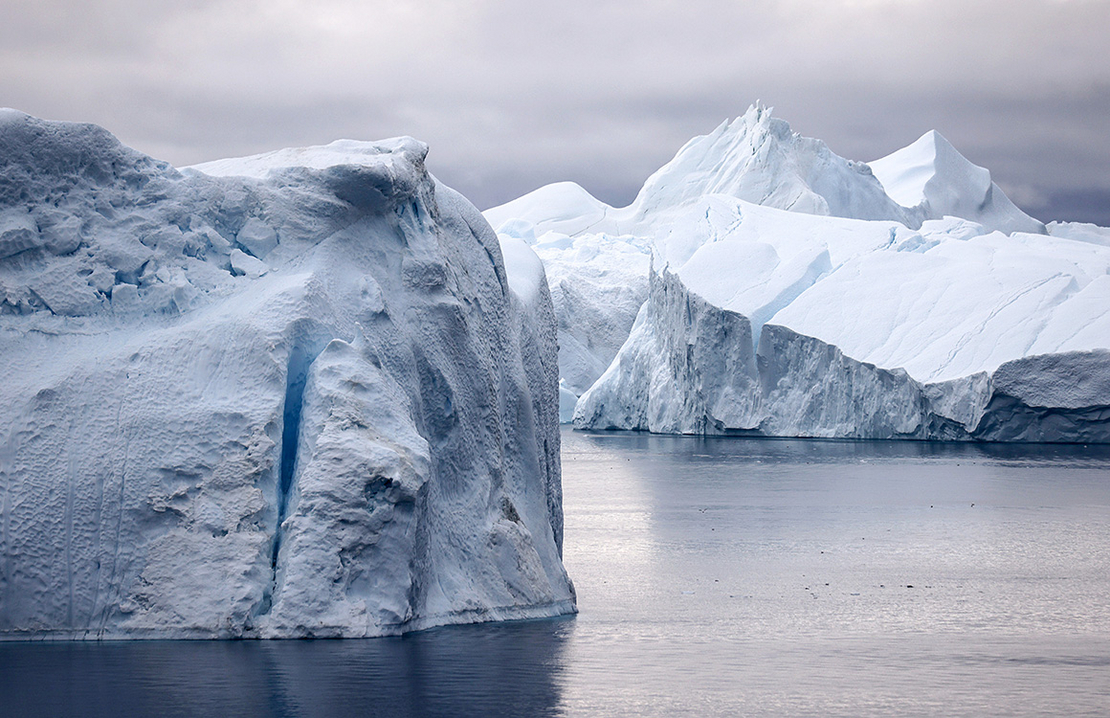 Icebergs that calved from the Sermeq Kujalleq glacier float in the Ilulissat Icefjord on Sept. 4 in Ilulissat, Greenland. 2021 will mark one of the biggest ice melt years for Greenland in recorded history. Mario Tama/Getty Images

With every passing year, the Arctic transforms a little more. It’s a little warmer, a little wetter, a little greener. Sea ice shrinks on the surface of the ocean. Wildfires spring up on the tundra. The ground sags as the frozen soil thaws.

It’s a relentless march into a new state of being. And 2021 kept the pattern going, according to the latest installment of NOAA’s annual Arctic Report Card.

The Arctic experienced its seventh warmest year on record in 2021 — not a record breaker, but a testament to the region’s steady, ongoing warming. It’s the eighth year in a row that temperatures in the Arctic have hovered at least 1 degree Celsius (that’s about 1.8 degrees Fahrenheit) above the long-term average.

That’s for the year as a whole. One season did break a record: The period between October and December was the warmest Arctic fall since scientists started monitoring in 1900.

“The trends are consistent, alarming and undeniable,” said NOAA Administrator Rick Spinrad at a news conference today hosted at the annual fall meeting of the American Geophysical Union in New Orleans. “Rapid and pronounced warming continues to drive the evolution of the Arctic environment.”

The report card, issued annually since 2006, is a record of the Arctic’s continuing metamorphosis. Each year, it documents the many ways the region is changing over time.

This year’s report includes contributions from 111 scientists across 12 nations.

Ice and snow, perhaps the Arctic’s most iconic features, are dwindling away. Snow cover this year in the Eurasian Arctic, including parts of Europe and Siberia, was the third lowest since scientists began keeping records in 1967. And snow cover in the North American Arctic has been below the long-term average for the last 15 years in a row.

Sea ice, which has been shrinking for decades, continued its downward spiral. This summer’s sea ice minimum — the time of year when sea ice seasonally shrinks to its smallest area — was the 12th lowest on record. Each of the 15 lowest minimums in recorded history has occurred in the last 15 years.

As more ice melts away, the region’s oldest ice cover — some of which has been frozen for years on end — is beginning to disappear. This “multiyear” ice saw its second lowest extent since 1985 this year.

Meanwhile, the vast Greenland ice sheet is melting at accelerating speeds. Today, Greenland is losing an average of about 280 billion metric tons of ice each year.

In recent years, severe heat waves have caused extreme melt events on the ice sheet. In 2021, Greenland saw three separate major melt events. Two of these events caused melting across more than half the entire area of the ice sheet, only the second time on record this has happened.

During one of these melting events, something remarkable occurred at Greenland’s Summit research station, the highest point on the ice sheet. The station saw rain instead of snow for the first time on record.

In general, rain is getting more intense across the Arctic. River discharge, or the amount of water flowing through rivers, is a key indicator of the intensity of the water cycle. In 2021, river discharge was 12 percent higher than the long-term average.

Other worrying patterns also continued in 2021.

Permafrost, a frozen layer of soil common in the Arctic, continues to thaw, releasing large volumes of carbon dioxide and methane into the atmosphere. This also causes the ground to soften, threatening buildings and other infrastructure and increasing the odds of landslides.

This year also saw intense wildfires across parts of the Arctic, particularly in Siberia. In recent years, Arctic wildfires have produced record-breaking levels of carbon dioxide as they’ve raged across the tundra.

As the area warms, beavers are colonizing the tundra in parts of western Alaska. Scientists have counted at least 12,000 ponds across the region, more than double the number there were in the year 2000. All this water pooling on the landscape is speeding up the thawing of frozen permafrost.

Meanwhile, ship traffic is increasing in the Arctic as sea ice melts away. One consequence is an increase in both marine noise and marine debris in the Arctic Ocean.

“To think of the changes in the Arctic as only warming events is to oversimplify both how the physical system works and the lived local experiences,” said Twila Moon, a scientist at the National Snow & Ice Data Center and an editor of the Arctic Report Card. “Instead, complex, often cascading, interactions form the local and regional patterns of this quickly changing Arctic.”