Are automakers the next climate target in court? 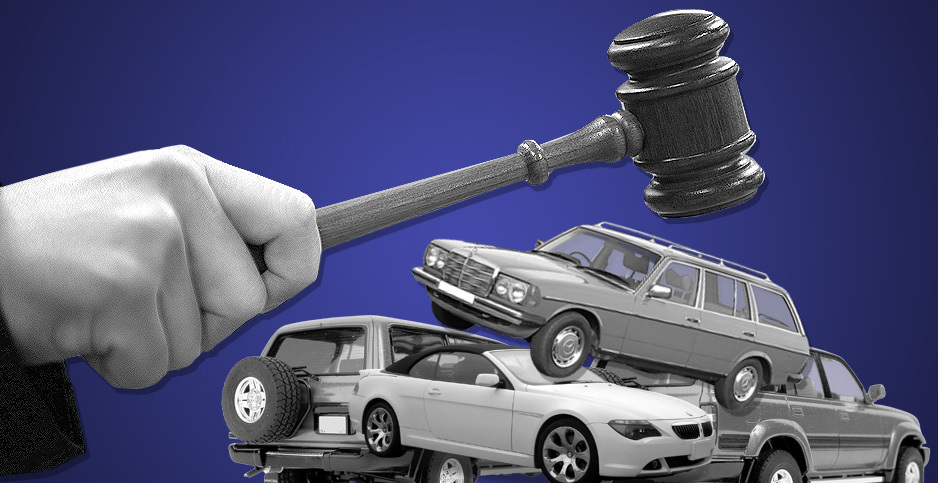 Some environmental lawyers say car companies could be sued for their role in causing climate change and its effects, despite the hurdles such litigation would encounter. Claudine Hellmuth/E&E News (illustration); Pixabay (cars); Airman 1st Class Aspen Reid/U.S. Air Force (hand and gavel)

As oil and gas supermajors face legal scrutiny for their role in causing climate change, environmental lawyers are turning their attention to another leading source of planet-warming emissions: the auto industry.

Dozens of states and municipalities have filed lawsuits against oil and gas companies over their historic contribution to climate change and its impacts. If those suits are successful, car companies could be the next target in the growing wave of climate liability litigation — despite the challenges of proving their culpability for rising global temperatures in court.

"What I’m waiting to see is when the car companies are going to be brought into this litigation, as well," said Martin Olszynski, an associate professor of law at the University of Calgary in Canada who has written about automakers’ climate liability.

Since 2017, five states and more than a dozen municipalities have sued fossil fuel companies over their contribution to — and alleged deception about — the dangers of climate change.

Many of the lawsuits cite investigative reporting by InsideClimate News, which found that Exxon Mobil Corp. privately knew in the 1970s that burning fossil fuels would cause catastrophic climate impacts, but the oil giant publicly cast doubt on this scientific consensus for decades.

The communities contend that the fossil fuel firms misled consumers about the harms of their products and that the firms should now cover the costs of addressing floods, wildfires, sea-level rise and other disasters fueled by rising atmospheric carbon dioxide levels.

A recent investigation by E&E News revealed that two of America’s largest automakers followed a strikingly similar path to those of Exxon and its peers in the oil industry.

The investigation found that scientists at Ford Motor Co. and General Motors Co. knew as early as the 1960s that car emissions caused climate change. But in the following decades, the auto giants invested heavily in gas-guzzling trucks and SUVs while lobbying against national and international climate policy (Climatewire, Oct. 26, 2020).

Today, the transportation sector is the largest source of greenhouse gases in the United States. Cars and trucks account for the bulk of that planet-warming pollution. Globally, growing demand for SUVs was the second-largest driver of the increase in carbon dioxide emissions from 2010 to 2018, according to the International Energy Agency.

"We’ve seen evidence now that in addition to the fossil fuel companies — the oil extractors and producers — the car manufacturers also had knowledge of the risks of climate change associated with fossil fuels, which had obvious implications for the products they would produce and market," Olszynski said of the findings by E&E News.

"So at what point do we start to name the automobile companies [in the suits]?" he asked.

But Dan Farber, faculty director of the Center for Law, Energy and the Environment at the University of California, Berkeley, said it would be difficult to prove causality between car emissions and climate change in the courtroom.

Automakers are "one step removed" from the process of extracting and producing fossil fuels, Farber said, noting that car companies merely sell products that run on gasoline, which comes from refining crude oil.

"I mean, presumably we’re going to draw a line somewhere," he said. "We’re not going to sue individual car owners for buying gas guzzlers and driving too much. So it’s a question of where we draw the line."

‘We will learn a lot’

So far, the climate liability lawsuits against fossil fuel firms have been delayed by procedural wrangling over whether they belong in state or federal court.

Lawyers for the oil and gas industry have repeatedly tried to remove the cases to federal court, where they may have a greater chance of failing.

The Supreme Court heard oral arguments in January in a narrow technical dispute stemming from Baltimore’s climate liability lawsuit. The outcome of the case has the potential to delay the liability lawsuits even further (Climatewire, Feb. 23).

But once the cases are heard on the merits, industry lawyers could argue that the fossil fuel companies were simply producing oil and gas to meet soaring demand for gasoline and other motor fuels, Olszynski said.

"At that point, I think the automobile manufacturers come squarely into play," he said. "And it will be interesting to see if the fossil fuel companies decide to add them as third parties to this litigation or how that’s going to play out."

Karen Sokol, a law professor at Loyola University New Orleans, said it seems unlikely that automakers would be roped into the current wave of climate litigation as co-defendants.

"As a practical matter, I doubt that the suits that have already been filed will add automakers as defendants, because if they’re allowed to proceed in state courts, they’ve got momentum going. It’s possible, but I doubt it," she said.

A more likely scenario, Sokol said, is that challengers would file new lawsuits against automakers after uncovering more information about the companies’ early knowledge of climate change during the discovery process in the current litigation against the fossil fuel industry.

"I do think we will learn a lot in discovery. And it’s possible that what we learn will lead to filing of suits that do name the autos," she said.

Today, General Motors and Ford have both made major commitments to increasing production of electric vehicles. But new information may come to light on the auto giants’ history of fighting vehicle emissions regulations and delaying action on climate change, Sokol said.

"Investigative reporting is really important to our policy discourse, because what the automakers and the fossil fuel industry defendants have done is to pollute that discourse through a massive disinformation campaign," she said.

Farber, the professor at UC Berkeley, said it’s important to recognize the obstacles that climate liability lawsuits against car companies would face.

In addition to the challenges of proving causality, it would be difficult to pinpoint the percentage of global emissions for which each automaker is responsible, he said.

"I could imagine things could start getting pretty chaotic if different state courts end up with different allocations based on worldwide emissions," Farber said. "It does seem like that would get pretty messy."

By contrast, Richard Heede, co-founder and co-director of the Climate Accountability Institute, has calculated the greenhouse gas emissions for which each fossil fuel firm is responsible since 1965.

In an interview, Heede said he thinks it’s "theoretically" possible to calculate the emissions of individual automakers based on their vehicle sales and gas mileage.

"It wouldn’t be an easy task," he said. "But I would surmise that it could be done with some fair to high-level confidence."

In recent years, scientists have also made significant strides in attribution science, a field that investigates the influence of climate change on extreme weather events such as heat waves, droughts and floods.

In a 2017 study published in the journal Climatic Change, researchers at the University of Oxford and the Union of Concerned Scientists found that emissions from the 90 largest fossil fuel producers contributed nearly 50% of the rise in global average temperature and roughly 30% of global sea-level rise since 1880.

"This is really cutting-edge science. We don’t have anything like that for auto manufacturers. I don’t know how you’d begin," said Pat Parenteau, a professor at Vermont Law School.

"But tort lawyers are famous, right? If they smell blood, they go for it," Parenteau added. "There may be some lawyers out there who would take a run at them. I wouldn’t rule that out. But I do think the oil companies are in much more peril on liability."

There have been attempts to quantify car companies’ contributions to global warming in court before.

But Judge Martin Jenkins of the U.S. District Court for the Northern District of California dismissed the case in 2007. The Clinton appointee found that Lockyer had raised questions for the political branches of government, rather than the courts.

"What we found is that the courts are understandably really reticent to take on an issue of this size, where they think that it really should be more in the realm of the legislature," said Ken Alex, who helped bring the suit as the supervising deputy attorney general of California.

That doesn’t mean the courts won’t revisit the issue in the future, said Alex, who’s now the director of Project Climate at UC Berkeley.

"I think yes, you’re going to see other industries brought in," he said, "particularly if some of these suits are successful."