Are EV tax credits back on the table? Maybe 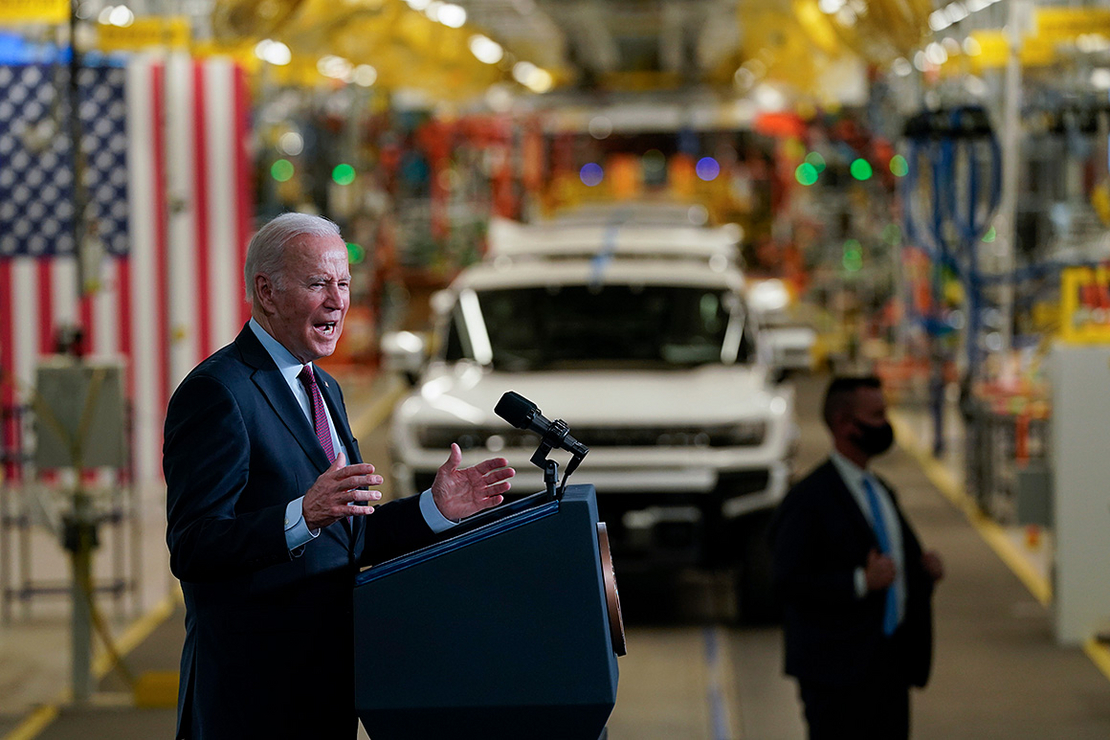 President Joe Biden last year scored record funding for electric vehicle charging infrastructure, but his proposal to lower the sticker price for zero-emission cars and trucks all but died on the vine — threatening the pace of consumer adoption.

Now, as Democrats seek to revive the president’s climate and spending bill and the cost of oil threatens fuel stability, a new window of opportunity may open for EV incentives. But securing full Democratic Party support may require abandoning a provision to boost EVs made by unionized labor, analysts say.

In Biden’s original “Build Back Better Act,” consumers could receive up to $12,500 for electric automobiles made in the United States by a unionized workforce. Electric cars and trucks made by nonunionized shops were eligible for $7,500 in incentives. The bill also offered record incentives for used electric cars, and it would have removed a provision that renders automakers ineligible for existing credits after selling 200,000 EVs.

The union provision became one of the major sticking points that helped tank the $1.7 trillion spending bill last year. Car companies such as Toyota Motor Corp. and Tesla Inc., whose workers are not unionized, slammed the legislation as discriminatory. And swing-vote moderate Sen. Joe Manchin (D-W.Va.), whose state is home to a Toyota manufacturing plant, said he could not support the provision, cementing the impasse.

In recent weeks, Manchin has signaled he may be willing to revisit the legislation (E&E Daily, March 23). His interest in a slimmed-down version of the bill comes as Toyota, the world’s top automaker whose leadership recently has boosted electrification efforts, is about to be disqualified from receiving existing EV tax incentives by surpassing the 200,000-vehicle threshold (Climatewire, April 8).

High fossil fuel prices and market instability caused by Russia’s invasion of Ukraine also have reignited calls to boost EV sales and wean the United States off its dependence on foreign oil.

“We’re still extremely optimistic about the path forward for passing this package, and in preserving the bulk of what we had in December,” he said during a March forum presented by the American Council on Renewable Energy. “The opportune time to take action is likely in the next month or two.”

Paul Bledsoe, a strategic adviser at the Progressive Policy Institute and former Democratic staffer on the Senate Finance Committee, said it may be time to jettison the union provision in Biden’s original proposal in order to pass EV legislation.

“If they can’t get the votes any other way, I think they have to sacrifice the union provision,” said Bledsoe, who served in both the Clinton and Obama administrations as a climate adviser. “It’s too important. They’re just going to have to bite that bullet.”

Transportation is the single largest source of greenhouse gas emissions in the country, and passenger vehicles spew the bulk of that carbon pollution. Biden has made electrifying the sector a major cornerstone of his plan to tackle the climate crisis. But he has also pledged to boost union jobs as a way to support the American middle class.

A spokesperson for the United Auto Workers, whose leadership vehemently advocated for the EV union provision, did not respond to a request for comment.

Sam Runyon, a spokesperson for Manchin, said the senator is “always willing to engage in discussions about the best way to move our country forward,” but declined to comment on whether Manchin would support EV tax credits stripped of the union provision.

Still, Runyon emphasized that for Manchin, fighting inflation, paying down the national debt and supporting U.S. energy including fossil fuels are his main priorities.

“He has made clear that we can protect energy independence and respond to climate change at the same time,” Runyon said. “We must maintain energy independence by advancing an all-of-the-above energy policy to continue producing energy cleaner than anywhere else in the world.”

Bledsoe said a compromise with Manchin may entail using revenue generated from the bill to pay down the national debt.

“I know that’s a difficult issue for some Democrats, but I think given inflation concerns it’s the right thing to do,” he said.

Prices are increasing at their fastest rate in 40 years. According to the most recent Consumer Price Index report, prices rose 8.5 percent last month, the largest year-over-year increase since 1981.

A spokesperson for majority leadership on the Senate Finance Committee did not respond to a request for comment by press time.

Additionally, auto companies are growing increasingly concerned over the availability of raw materials such as cobalt, lithium and nickel that are key ingredients for EV batteries.

And Tesla CEO Elon Musk this month tweeted that the price “of lithium has gone to insane levels! Tesla might actually have to get into the mining & refining directly at scale, unless costs improve.”