Are feds over-fighting fires? Critics point to this blaze 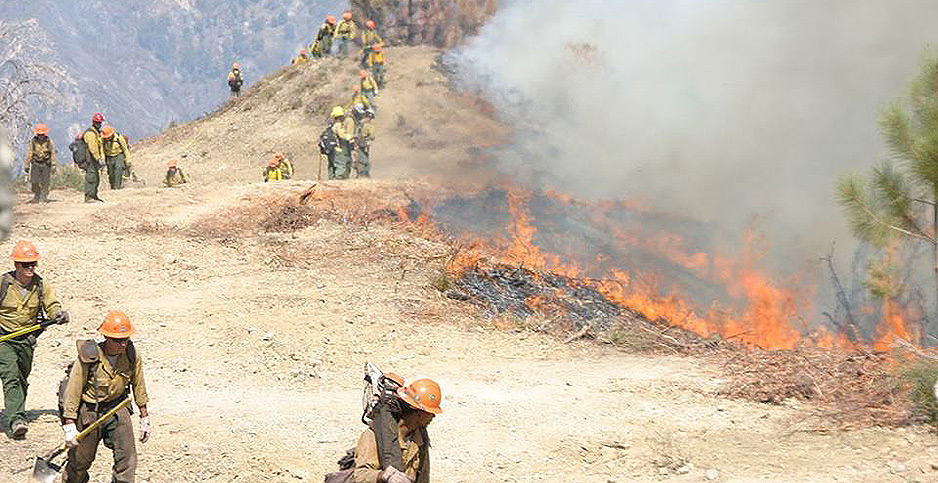 California’s 2016 Soberanes Fire broke records for costing the most money to fight a wildfire — much of it in a national forest near Big Sur. That’s the kind of place where experts say fire is good; the ecosystem depends on it, and the flames don’t threaten people or property.

Critics like Ingalsbee see that as a blank check to repeat the Soberanes Fire’s excesses, which does more to pump money into the "fire-industrial complex" than to protect property or the environment.

"They know who’s buttering their bread. Congress is showering millions on them to fight fire. And they get all kinds of praise from the media and the public. So in their eyes, it’s a riskier thing to manage fire. It’s easier to fight fire," he said.

At the Soberanes’ outbreak, FUSEE says, an aggressive response was justified. The fire threatened hundreds of homes around Garrapata State Park, where it had ignited from an illegal campfire.

But the Forest Service didn’t adapt its tactics and worked the Ventana Wilderness Area as if buildings were at stake, the report says, citing internal decision documents circulated during the fire.

For two more months, aircraft dropped flame retardant several days’ burn away from the fire, often far enough that the blaze never reached it. Bulldozers cut a long, deep firebreak as far as 2.5 miles beyond the fire’s final perimeter.

Forests evolved with fire, and they rely on it to renew the ecosystem. But critics say the government rarely manages fires with ecology in mind, even when its planning documents call for it. A century of fire suppression is one reason the West’s forests are so combustible.

"People are getting desperate. Even progressives in my community are shouting from the rooftops, saying we’ve got to put out these fires," said Dominick DellaSala, president and chief scientist at the Geos Institute in Oregon.

"When we’re in this kind of situation where we’re pitted against human health, safety and survival, fear factors — guess which one is going to lose," he said.