Are oil majors greenwashing? What 12 years of data show 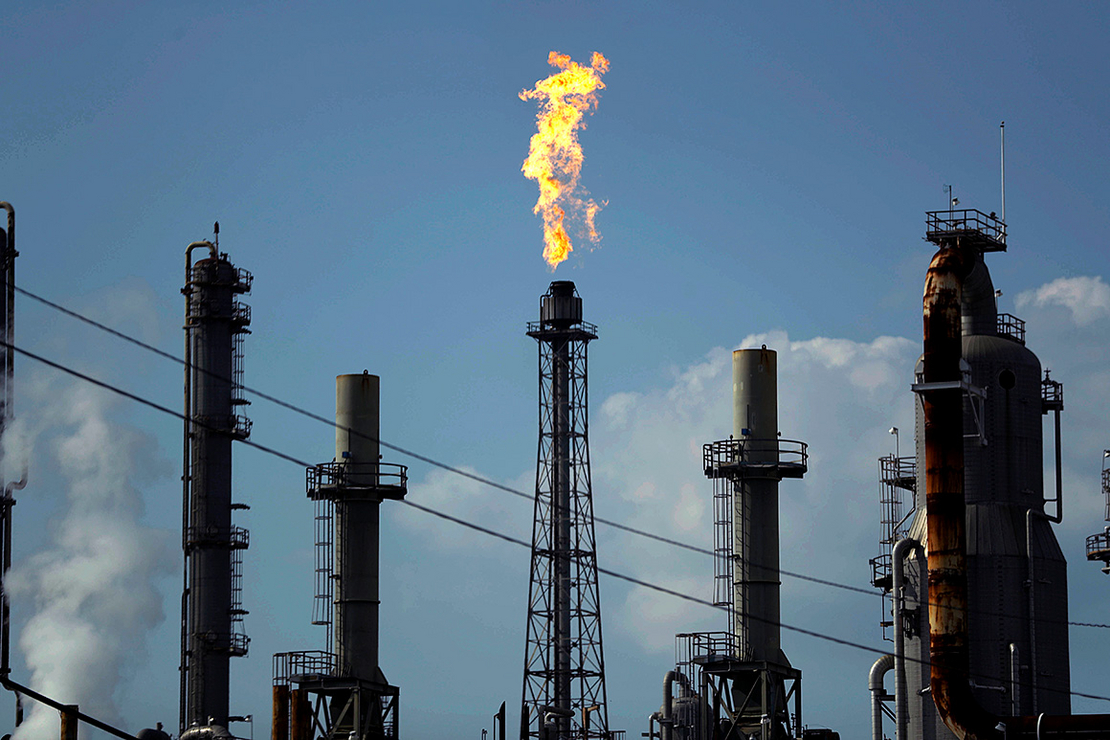 A flame burns at an oil refinery in Texas in 2017. AP Photo/Gregory Bull, File

There is a “mismatch” between the public statements of four of the world’s largest oil and gas companies and their actions and investments on clean energy, according to new research that analyzed 12 years of data.

The study, published yesterday in the journal PLOS One, focused on Chevron Corp., Exxon Mobil Corp., BP PLC and Shell PLC. Those companies are responsible for more than 10 percent of global carbon emissions since 1965, the study noted.

Using data collected between 2009 and 2020, researchers from Kyoto University and Tohoku University said none of the four majors have entered the renewables market at a scale “that would indicate a shift away from fossil fuels” and that the business models of each company are still dependent on fossil fuels.

The authors called for more transparency around each company’s definition of words such as “low-carbon,” “clean energy” and “renewables” and said that until the areas of discourse, actions and investment are “brought into alignment, we conclude that accusations of greenwashing by oil majors are well-founded.”

“Mitigating further dangerous warming requires these majors to urgently transform their fossil-fuel-based business models rather than merely increase discourse and pledges,” they said.

The study used three categories, or “perspectives,” to assess the companies’ clean energy transition activity, including “discourse,” or keywords used in annual reports, investments, and pledges and actions.

The authors said the number of mentions of words like “transition,” “low-carbon energy,” and “climate change” increased in annual reports over the research period, particularly for Shell and BP. California-based Chevron is the “only major not showing a noticeable increase,” the study said, with the word “climate” missing from annual reports in 2009 to 2011.

But while there’s been a rise in keywords used, the study concluded that “American majors continuously exhibit defensive attitudes to renewables investment” and a need to move away from fossil fuels.

The study also noted that “fluctuations notwithstanding, relative spending trends indicate that upstream exploration and production of oil and gas remain the pillar business for all majors, especially the American majors.”

The research comes as oil and gas companies are facing heightened pressure from investors to meaningfully address climate change and as Democrats on Capitol Hill have criticized the companies for making “empty promises” when it comes to their greenhouse gas emissions commitments (Climatewire, Feb. 9)

Spokespeople for the oil and gas companies highlighted their net-zero ambitions and noted that the period looked at by the paper ends in 2020.

“In 2020 BP set out our new net zero ambition, aims and strategy — including our aim to become an integrated energy company,” said Josh Hicks, a BP spokesperson, in a statement. “In 2021 we completed the largest transformation of the company in our history to deliver these.”

“Because this paper looks back historically over the period 2009-2020, we don’t believe it will take these developments and our progress fully into account,” he continued.

Hicks added that the company plans to spend more on low-carbon energy in the coming years. In 2021, BP had $1.6 billion in capital investment in low-carbon energy, he said, adding the figure is expected to rise to $4 billion to $6 billion per year by 2030.

A spokesperson for Chevron, which committed in October to a net-zero “aspiration” for emissions from its operations by 2050, said the company is planning $10 billion in lower carbon investments by 2028.

“We are focused on lowering the carbon intensity in our operations and seeking to grow lower carbon businesses along with our traditional business lines,” said Braden Reddall, a Chevron spokesperson, in a statement.

Environmental groups and academics have criticized a focus on emissions intensity — the amount of greenhouse gas emitted per unit of oil and gas production — rather than absolute emissions, asserting that companies use this metric to green their image while continuing to extract more product.

Anna Arata, a spokesperson for Shell, said the company’s target “is to become a net-zero emissions energy business by 2050, in step with society.”

“Our short, medium and long term intensity and absolute targets are consistent with the more ambitious 1.5 °C goal of the Paris Agreement,” Arata said in a statement, noting that Shell’s targets “cover the full range of our own emissions and our customers emissions.”

A spokesperson for Exxon did not respond to a request for comment.

Gregory Trencher, a co-author of the study and an associate professor at Kyoto University, said while the analysis ran until 2020, the researchers also considered other reports that were published in 2021.

Asked about targets the companies have laid out since 2020, Trencher said in an email: “We urge stakeholders to recognize the difference between a pledge and a concrete action (e.g. a roadmap of concrete steps to achieve a target), and not to overlook the history of regressive actions we have documented over 12 years.”

Each of the four companies focused on in the study have set net-zero ambitions in recent years, with Exxon becoming the most recent major to announce a net-zero target last month. Still, the company’s goal applies to the company’s own operations (Greenwire, Jan. 18).