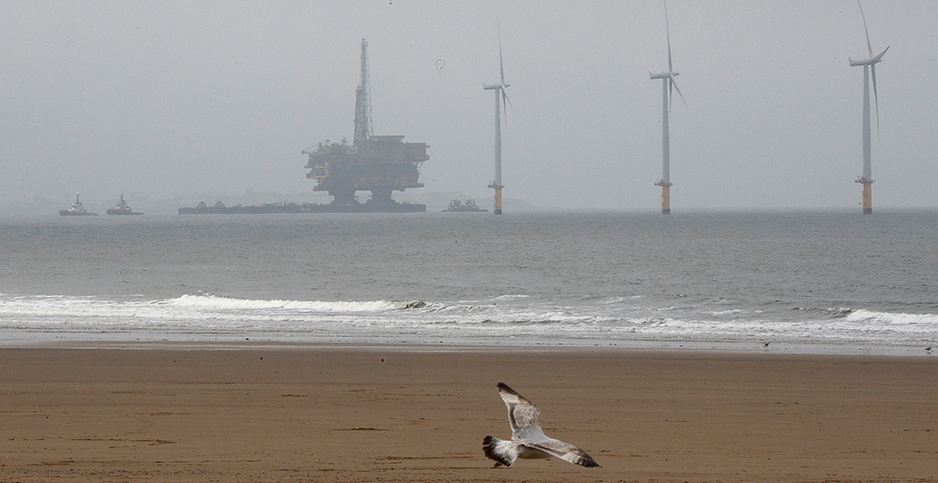 It appeared an incongruous announcement: one of the world’s largest oil companies joining the board of a trade group representing America’s solar industry. But that is exactly what happened last week when Royal Dutch Shell PLC became a member of the Solar Energy Industries Association’s board of directors.

"This is an ideal time to join the Board of Directors at SEIA as Shell continues to participate in the global drive to provide more and cleaner energy solutions," Boris Schubert, general manager of renewable power development at Shell New Energies, said in a statement. "How this transition plays out over the coming decades will depend chiefly on the choices consumers make, because the market — encouraged by the right government policies — will decide which energy solutions will thrive in the future."

While they may seem surprising, such announcements are increasingly common. Shell and Equinor ASA, the Norwegian state-owned oil company, are players in America’s burgeoning offshore wind market. Total SA, the French oil giant, owns a growing solar business. Even Exxon Mobil Corp. is dabbling in biofuels.

This isn’t the first time oil companies have talked a big game on renewables. Exxon flirted with solar (as well as ink-jet printers, electric typewriters and fax machines) in the 1960s and 1970s. Several decades later, BP PLC rebranded as Beyond Petroleum. The only thing that seemed to change was the company’s name, which was quickly scrapped in favor of the original British Petroleum.

Many industry observers reckon this time is different. For one, global energy markets are in upheaval. Where oil and gas and utilities once occupied separate corners of the energy market, today they are increasingly intertwined. Utilities are exploring pushes into transportation, while oil and gas companies are moving into the power sector.

"We’re all reevaluating who our friends and enemies are," said Michael Webber, who doubles as a corporate strategist at Engie, the French utility giant, and an energy professor at the University of Texas, Austin.

The shift owes itself to several factors. The world today is awash in oil. By the U.S. Energy Information Administration’s estimate, global oil production is expected to exceed consumption in 2019 and 2020. Prices have slumped as a result, hovering around $55 a barrel in the United States and prompting a wave of oil field bankruptcies.

The bleak market has flipped long-standing conventions of the energy industry on their head. Utilities, long a staid and stable industry, today represent an opportunity for growth amid a period of dramatic change. Oil and gas, traditionally drivers of growth, are fighting to maintain what they have.

Investment in the power sector overtook oil and gas in 2016 and then repeated the feat a year later, according to the International Energy Agency, driven in large part by a global spending binge on renewables.

"I think what the global energy leaders are realizing is the economic returns are such that they’re going to have to be the ones to take leadership, simply because the economic returns are just not that great," said Ed Hirs, who teaches energy economics at the University of Houston and is the managing director of an independent oil producer. "In several respects, it’s a strategic hedge. It’s not that we’re going to ban fossil fuels in the next 20 years. It’s not that coal and oil and gas will disappear. At some point, it will become more costly, and society — voters — have decided that this is the way we need to go."

If markets are one reason for the change, growing concern for climate is the other.

European oil majors in particular are responding to pressure from their governments to reduce their emissions, industry observers say. Even their American counterparts, traditional opponents of climate action, are starting to change. Chevron Corp. has publicly declared it accepts the findings of the U.N. Intergovernmental Panel on Climate Change, while Exxon supports a federal carbon tax.

In many respects, Shell highlights the transition that is underway. The Anglo-Dutch oil giant has set a goal of reducing its net carbon footprint 50% by 2050 as part of an effort to comply with the Paris climate accord. The company has linked executive pay to cutting emissions from its operations and products by 2% to 3% between 2016 and 2021.

Its spending on renewables and other emerging energy technology is also climbing. Such expenditures accounted for 1.3% of Shell’s totals spending between 2010 and the first three quarters of 2018, according to data collected by CDP, a nonprofit that studies the climate risks facing companies and their investors. In 2020, the company’s plans call for spending up to $2 billion on emerging power technologies out of its total budget of between $25 billion and $30 billion. That figure could grow to $3 billion annually between 2021 and 2025, when Shell anticipates its yearly budgets will total roughly $30 billion.

The spending is part of a wider strategic shift. The company has snapped up solar developers in the United States and Asia and operates a retail electricity business in the United Kingdom.

Maarten Wetselaar, Shell’s director of gas and new energies, told an industry conference in Houston earlier this year that the company expects to become the largest electricity provider in the world.

"When a company like Shell comes out with ‘we want to be the largest electricity company by 2030,’ I see that as a sign," said Luke Fletcher, a CDP analyst. "These companies are only dipping their toes into the water. It will be interesting to see how far they go. But some of the strategies being communicated by [especially] the European companies indicate a certain direction of travel. It’s just a matter of how aggressively they move toward them."

Indeed, for all the change, much remains the same. The IEA projects that at current rates, global oil consumption will peak at 106 million barrels a day in 2040, an increase of 11% over today. Even in a scenario where the world meets the goals of the Paris climate accord, IEA expects global oil consumption will fall only to 70 million barrels a day in 2040, or a quarter below current levels.

Those projections come as oil companies continue to sign off on new, large-scale projects, threatening to push emissions higher and preventing the world from meeting the Paris targets, according to a recent report by Carbon Tracker, a nonprofit that tracks the impact of climate change on financial markets. Shell alone sanctioned three major oil projects in 2018.

"A number of oil companies, including some majors, are saying they are Paris compliant," said Mike Coffin, a Carbon Tracker analyst. "Based on our analysis, we cannot consider them Paris compliant because they continue to sanction high-cost projects that do not fit within the lower world demand required to meet the goals of the Paris Agreement."

America’s shale drillers, in particular, show few signs of change. Unlike their larger counterparts, which compete directly for consumers’ hearts through the sale of gasoline and natural gas, independent U.S. firms focus on upstream portions of the business, such as finding and producing oil and gas.

Most independents are focused today on low commodity prices, not the prospect of a wider energy transition, said Lee Fuller, vice president of government relations at the Independent Petroleum Association of America.

"We’re learning how to use these other technologies, but that does not mean we have that sort of expertise. Our ability to manage natural gas is not translatable to running a windmill or installing solar panels," Fuller said. "That’s why you’re not likely to see other parts of the industry move into other parts of the energy market."

Deborah Gordon, who studies oil companies at Brown University, is similarly skeptical that a transition is underway. Many are quick to equate oil companies’ growing focus on renewables with a transition away from oil.

But the focus on renewables alone ignores the full breadth of the oil industry, she said. Take a scenario where adoption of electric vehicles becomes widespread. That would reduce gasoline demand, but refineries would still churn out diesel, jet fuel, asphalt and petrochemicals, Gordon noted.

"The consumer is not sovereign," she said. "The consumer can’t snap their fingers and get off everything in the whole barrel of oil."

A true sign of a transition will come when oil companies change their refining process, Gordon reckons. Today, most refineries use hydrogen to turn crude oil into products like gasoline and diesel fuel. They produce that hydrogen with natural gas. When refiners start using electricity or landfill gas to produce hydrogen, it will show that the industry sees fundamental changes afoot, she said.

Webber, the University of Texas professor, acknowledges the transition remains in its early days but nonetheless sees a shift underway. Oil majors today are hiring his students to explore alternative technologies.

"If you follow the R&D dollars, which I think tell you where we’re going, I think the companies are making big bets on the future," he said.