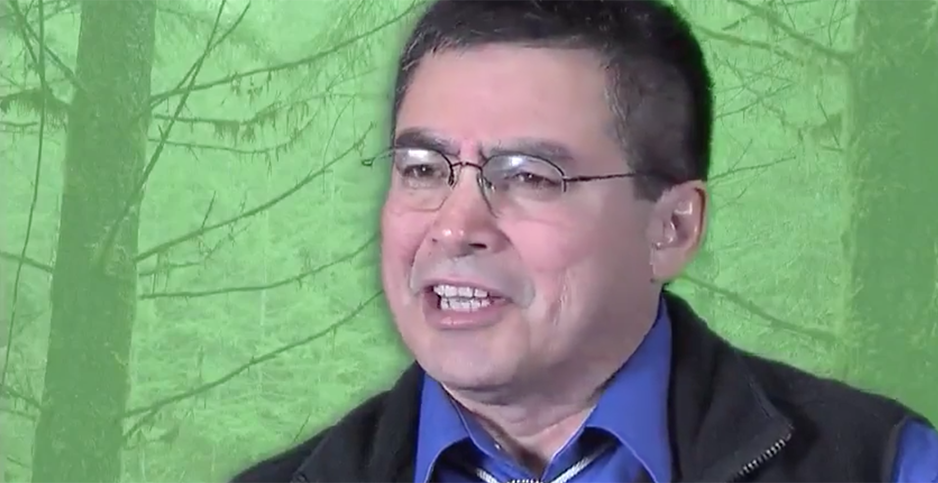 Four years ago, Jaime Pinkham, a member of the Pacific Northwest’s Nez Perce Tribe, wrote that President Obama’s halting of the contentious Dakota Access pipeline was a victory for tribes in what has been a "long and tragic" history with the federal government.

Now, Pinkham is poised to become a top political appointee within the Biden administration, where he could determine the fate of many consequential energy and water projects, including the 1,172-mile-long oil pipeline.

"The decision on Sunday handed a victory to the Standing Rock Sioux tribe and its supporters, but the protest and standoff at the Sioux Reservation should never have happened," Pinkham co-wrote in 2016 in an op-ed in the Chicago Tribune.

Pinkham, who at the time was serving on the governing council of the Wilderness Society, wrote the piece with Jamie Williams, the group’s president. They hailed as "welcome news" the Army Corps of Engineers’ decision to stop until further notice an easement for the Dakota Access pipeline, which stretches from the Bakken Shale field in North Dakota to refiners in Patoka, Ill., and conduct a full environmental impact review.

In an interview with E&E News this week, Pinkham said the op-ed was a recommendation for how relationships between the government and tribes could work. He also said he was honored that the agency had invited him during the past couple of years to train incoming district commanders working with tribal governments.

"I do bring that unique perspective based on being a former member of tribal council, running natural resource programs for the tribes working on a lot of intergovernmental and collaborative relationships," said Pinkham. When asked why the training is so important, Pinkham cited his ability to shine a light on tribal governments, which are the "oldest but still one of the most misunderstood governments out there."

The op-ed shed light on his experience and some of the wisdom tribal members say he will bring to the job.

Pinkham and Williams called on the public to be "students of history" and understand why the Standing Rock Sioux, other Native American nations and supporters from around the country had gathered along the Missouri River to protest the pipeline.

They also called on the federal government to uphold its tribal treaty obligations and share decisionmaking duties, emphasizing that Native Americans are not "merely consultants," but "legitimate, sovereign governments with capable natural resource managers."

"The federal government strings together the words ‘government to government’ and ‘trust responsibility’ to describe its relations with Native American nations," they wrote. "But it is action, not words, that matter. When tribes enter into treaties and agreements with the federal government, a sacred deal is made."

Faith Spotted Eagle, an elder of the Yankton Sioux Nation and activist who fought the Dakota Access and Keystone XL pipelines, said Pinkham’s appointment is historic, given his cultural roots growing up in the Nez Perce Tribe.

The appointment also presents an opportunity for the Biden administration to learn from Pinkham, she said.

"Him being from the culture is a game changer because his mind, body and spirit have grown up with our traditions," she said. The tribal relationship with the Army Corps has long had a "main glitch," she added, because there’s been no acknowledgment of inherent tribal expertise and "place-based knowledge." Spotted Eagle said there will likely be challenges, but that Pinkham’s appointment offers an opportunity for institutional change at the Army Corps and a rethinking of the government’s relations with sovereign tribes.

"Mr. Pinkham has grown up in the sacred place of the salmon," she said, adding that her comments represent endorsement from Indian Country and that the wisdom Pinkham carries into the government "excites us, gives us hope."

Others agreed. Williams in a statement said Native Americans have received unfair treatment by the Army Corps for too long, and the agency has sublimated the rights of tribal nations, leading to decades of harm, injustice and mistrust.

"I can’t think of anyone more qualified to lead the Army Corps and begin to undo the corps’ historic injustices at this key moment than Jamie Pinkham," he said. "Jaime’s expertise on tribal sovereignty and passion for conservation will bring balance to decisionmaking at the Army Corps of Engineers."

An ability to ‘build bridges’

Pinkham was born on the Nez Perce reservation and raised on the Yakama Indian Reservation through high school.

He spent decades in the Pacific Northwest advocating for tribal sovereignty, self-determination and treaty rights.

Two years later, he went to work for the Nez Perce Tribe, where he was elected twice to its governing body, including as treasurer when the tribe was launching into gaming. He also led the tribe’s natural resource programs and was involved in salmon restoration, water rights negotiations, wolf recovery and land acquisition.

"I really see the tribal council as a launching point for my career," he said.

Pinkham said he learned how to negotiate despite differences in political and religious values and beliefs, adding, "You’ve got to be able to work and build bridges."

He took those lessons to the Columbia River Inter-Tribal Fish Commission as watershed department manager and supported the commission in regional coordination and congressional affairs.

Nez Perce Chairman Shannon Wheeler said Pinkham has proven to be a strong coalition builder, forging relationships between the basins tribes and the array of state and federal agencies that affect them.

Recognizing the need for effective tribal governments, he said, sparked an interest in tribal nation building.

In 2009, the Bush Foundation, originally started in 1953 by 3M Co. executive Archibald Bush in St. Paul, Minn., called Pinkham and asked him to work for them. He eventually became the private foundation’s vice president.

Pinkham led the foundation’s Native nations program and worked with tribes across North Dakota, South Dakota and Minnesota as they redesigned their governing systems, ultimately leading to the creation of the Native Governance Center, a native led nonprofit delivering technical support to tribes in government redesign.

"It was a chance for a new adventure," he said. "That was a huge leap for me to go from natural resources and tribal politics and working for a private foundation. I loved it."

Pinkham has since moved back home to be close to family and hunt, fish and pass time at his cabin on Mission Creek.

But things didn’t stay quiet for long. Soon the Biden administration called and asked him to join their team.

"I see it as a once-in-a-lifetime opportunity," he said.

Pinkham has been a leading voice on some of the most contentious water issues in the Pacific Northwest.

As executive director of the Columbia River Inter-Tribal Fish Commission, he led restoration efforts for the region’s iconic salmon, and he fought to protect tribal fishing rights, including for his Nez Perce Tribe.

He’s also had a front-row seat to the decadeslong fight over four Army Corps dams on the Lower Snake River in eastern Washington, which, along with climate change and other factors, have led to the sharp decline in salmon runs that have reached into Idaho. Some of those runs were historically fished by his tribe (Greenwire, Sept. 25, 2019).

"Through his experience and through his knowledge," Wheeler said, "the Army Corp [will] definitely be in a good position to have a better understanding of tribes and the effects the dams have had on tribal culture."

When asked how his experience will infuse his leadership at the Army Corps, Pinkham said: "It informs me that these decisions are the hard decisions."

Pinkham said he’s always felt that people want a level of certainty, whether it’s a tribe, government or a business, or whether it is through collaboration, legislation or the courts.

It’s not clear what that will mean for decisions regarding some of the nation’s most controversial energy and flood control projects. That includes a lengthy and tumultuous fight over the Dakota Access crude oil pipeline.

A court recently handed the pipeline developers a loss when it tossed a key easement for the pipeline to cross beneath Lake Oahe, a man-made lake in the Dakotas, and the project is now facing mounting calls for a shutdown (Greenwire, Feb. 10).

All eyes are on the Biden administration’s next move in the case. It could endorse shutting down the project as the Army Corps conducts a more in-depth analysis of the potential risk of oil spills. The Army Corps is required to update a federal district court on its plans for the pipeline by April 9.

In the op-ed, Pinkham and Williams noted that the Standing Rock Sioux voiced concern over the pipeline in North Dakota while citing concerns that the project would threaten drinking water supplies there and harm sacred American Indian cultural sites.

"This standoff has triggered painful memories. The list of wrongs against Native American nations by the U.S. government is long and tragic," they wrote. "Native people are asking for greater protection and respect for lands that have important historical, cultural or sacred meaning for Native nations."

"Fully recognizing tribal sovereignty and expertise will help safeguard our land, water and sacred sites for all people — and prevent future conflicts," they continued.

Spotted Eagle said that beyond making decisions that reflect the Biden administration’s agenda or philosophy, Pinkham has the chance to share tribal experience and perspective.

"This is a demarcation in history … where the tables could be turned," she said, "where the president and vice president could be students."