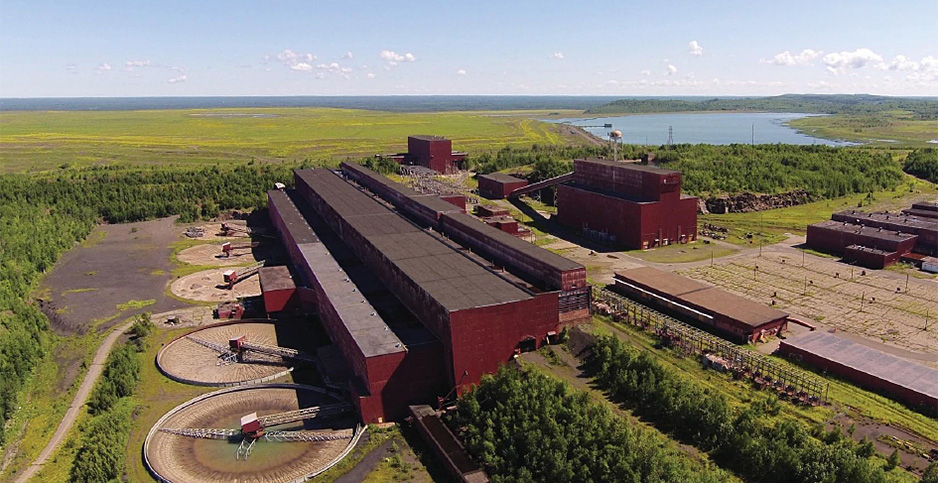 An aerial view of part of the proposed PolyMet Mining copper-nickel mine operation. Parts of a former iron ore processing facility would be refurbished as the plant and the tailings basin would also be used. PolyMet Mining

The Biden administration has suspended a critical Clean Water Act permit for a contentious Minnesota mining project, handing a groundbreaking win to a Native American tribe fighting potential pollution from the upstream development.

The Army Corps of Engineers sidelined a wetlands permit for the PolyMet mine last month after a court found the Trump EPA had failed to determine if the project "may affect" the Fond du Lac Band of the Lake Superior Chippewa’s downstream waters.

"It’s fabulous news," Schuldt said. "There’s very little case law so this is an interesting case that has now set a precedent."

Fond du Lac is one of 73 tribes with EPA-approved water quality standards giving them the same status as a downstream state in Clean Water Act permitting.

About 70 miles from the Fond du Lac reservation in northeastern Minnesota, PolyMet Mining Corp. — majority-owned by Swiss firm Glencore PLC — has proposed a copper-nickel mine.

By early 2019, Fond du Lac researchers had determined mercury could flow from the 19,000-acre, open-pit mining project to the reservation at levels exceeding the tribe’s water quality standards.

EPA would then have to determine if the project "may affect" Fond du Lac’s water quality. If so, the Army Corps — the agency that issued PolyMet’s wetlands permit in 2019 — would hold a hearing to further consider the permit.

But EPA failed to respond to Fond du Lac’s letters. So the tribe sued.

In February, the U.S. District Court for the District of Minnesota ruled EPA does have an obligation to make a "may affect" decision.

She said no downstream tribe had ever exercised their right to object to a federal permit in this way.

"I think Fond du Lac is breaking new ground not just for tribes, but for downstream states in general," said Maccabee, author of a 2015 law review article on the subject.

EPA asked the district court last month for a voluntary remand to allow the agency to make a "may affect" determination.

The Army Corps then suspended PolyMet’s wetlands dredge-and-fill permit, which was reported first by the Duluth News Tribune.

"Depending on the outcome of the EPA’s review, the Corps will make a decision to either reinstate, modify, or revoke the permit," wrote Col. Karl Jansen of the Army Corps’ St. Paul District in a March 17 letter to PolyMet.

EPA spokesperson Jeff Kelley said the agency intends to reach a decision by June 4. An Army Corps hearing on the permit could follow.

The PolyMet mine, planned on northeast Minnesota’s Iron Range, would produce about 225 million tons of ore containing a billion pounds of copper and smaller amounts of nickel and cobalt.

The project has received all the necessary permits to mine, but five of them are wrapped up in litigation.

"We are very confident in the science," Richardson said. "It’s very clear that water discharges from the project won’t have any downstream effect on water quality."