As Biden expands EV charging, worries about the grid grow 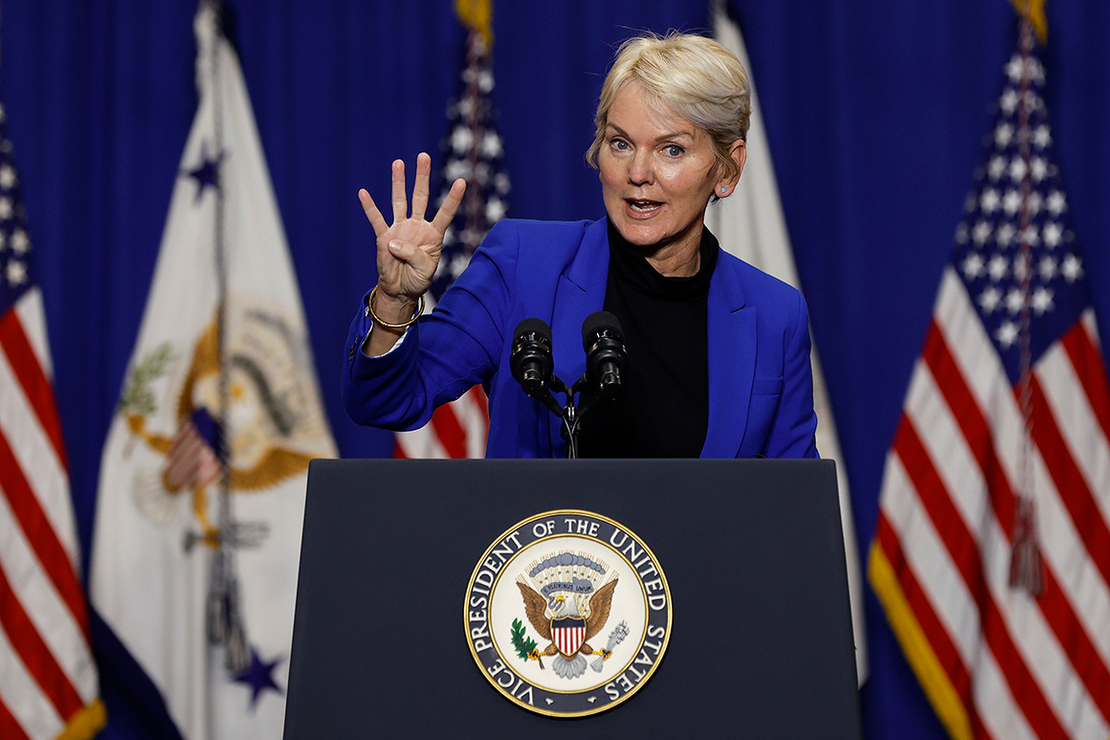 Top Biden administration officials have signed an agreement that paves the way for millions of electric vehicles to come online by the end of this decade.

Energy Secretary Jennifer Granholm and Transportation Secretary Pete Buttigieg yesterday finalized a memorandum of understanding to create a Joint Office of Energy and Transportation. The office will support the deployment of $7.5 billion included in President Biden’s infrastructure law to build out a national network of 500,000 EV charging stations.

“We are embarking on a transformative path to modernize the way we get around in this country, making sure all Americans have the option to choose electric vehicles and spend less at the pump while making our air healthier,” Granholm said in a statement.

The effort is intended to help electrify the transportation sector by midcentury and eliminate the largest single source of planet-warming emissions in the country.

The new office will initially be tasked with providing states and localities technical assistance to build out charging stations and other infrastructure. But analysts say the office will eventually need to turn its attention to the nation’s aging grid, wholesale power markets and the little-known independent agency that oversees it all, the Federal Energy Regulatory Commission.

That’s because millions of new EVs would suck tremendous amounts of power across aging power lines overseen by a dizzying network of utilities, regional grid operators, energy markets and, ultimately, FERC. These disparate entities will have to work together to prepare for an unparalleled surge of power demand as the country shifts from gasoline to electric transportation.

Michael Berube, deputy assistant secretary for transportation at DOE, said managing the integration of electric vehicles onto the grid will certainly be a focus of the newly formed office.

“Achieving a 100% clean grid and coordinating that grid with substantial transportation electrification will be essential to achieving goals for both the energy and transportation sectors,” Berube said in an email.

He said the office will coordinate a host of grid-related issues, including electric distribution upgrades, vehicle-to-grid integration and smart changing, among others.

“I have full confidence the energy system can handle high EV penetration,” said Rob Gramlich, founder and president of Grid Strategies LLC. “But the grid does need to grow and be planned with that future in mind. And, as a general matter, planners are not currently including very much EV penetration.”

Biden set a goal in August for half of all new vehicles sold in the United States to be electric by 2030. Most major automakers have signaled their support for the effort, pouring billions of dollars into developing new electric models.

Last year, electric vehicles accounted for about 2 percent of all car sales. This summer, that number jumped to nearly 5 percent of light-duty vehicles like SUVs and sedans and more than 20 percent of all passenger vehicles sales, foreshadowing a potential tidal wave (Climatewire, Oct. 1).

With more electric vehicles coming online, more electricity is needed to power them. Accommodating the millions of cars projected to hit the streets in the coming years will add demands to the overall system.

That means grid operators and utilities will have to plan accordingly, making adjustments based on the changes in demand centers. It also highlights the need for upgraded large-scale transmission systems.

“If EV penetration grows at the exponential rate that it’s on and that the administration is encouraging, there’s going to be a fair amount of distribution investment required,” Gramlich said.

“You just have to make sure that everyone’s talking with one another,” he said.

The nation’s power grid is managed and maintained by a patchwork of federal, state and private authorities. While FERC has primary oversight of power generation and transmission, state and municipal governments oversee retail power distribution. And regional transmission organizations coordinate and control multistate electric grids.

“Compliance is a critical component of not only ensuring that electrification of transportation can continue to cost effectively expand, but also to integrating EV supply infrastructure, and even in the case of fleets, of vehicles themselves as a grid resource,” he said.