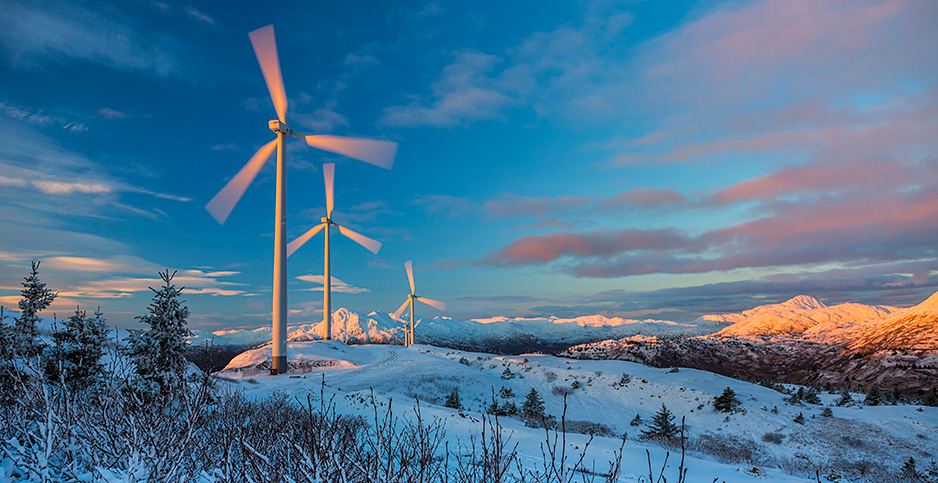 It was minus 40 degrees Fahrenheit, with wind chills pushing minus 60. News from the Texas winter storm and grid collapse was top of mind at Lake Country Power in Cohasset, Minn., where Schulzetenberg is marketing manager for the electric cooperative in one of the coldest places in the United States.

The freezing temperatures were driving the co-op’s electricity demand to near-record levels. But there was no sign of panic. The utility’s 8,300 miles of transmission and distribution lines were delivering power just like the day before. And the day before that.

"I think we were operating under a conservation alert, but we were not in a crisis, per se," Schulzetenberg said in a telephone interview this week. "We’re not strangers to extreme weather up here. We’re built to handle extreme cold."

Utilities across the northern United States have long fortified themselves against the cold, preventing the sort of widespread outages seen in Texas last week.

Gas lines are buried deeper underground to prevent freezing. Power plants are enclosed and insulated to guard against the cold. And some gas plants are equipped with oil backup in case pipelines freeze or heating demand surges, as happened in Texas.

Yet these power systems remain highly reliant on fossil fuels to keep the lights on and the heat humming during cold snaps. Coal generated 43% of electricity on Feb. 15 in the 15-state power grid including much of Minnesota, while gas contributed an additional 29%, according to federal figures.

How to green the grid and how to deliver electricity during periods of extreme cold are among the most challenging tasks facing power planners today. Demand for electricity is projected to increase in coming years as more consumers buy electric vehicles and install electric heat pumps in their homes.

The trend has the potential to shift seasonal electricity demand. Where demand now peaks in most states during the summer months, it will likely crest during the winter if electrification gains speed.

At the same time, wind and solar are shouldering an ever-increasing burden, but they cannot always be counted on to deliver power during periods of extreme cold. In 2019, the Midcontinent Independent System Operator, the grid operator serving much of Minnesota and the Midwest, faced a near emergency when temperatures fell to minus 21 degrees and wind power plummeted (Energywire, Feb. 27, 2019).

A similar thing happened in Texas and much of the Midwest during last week’s cold spell. The wind died in much of the region.

Complicating matters further: Scientists aren’t sure if blasts of extreme cold are the result of climate change. While winters are projected to become warmer on average, frigid temperatures like those experienced last week could be a result of a warming Arctic.

One theory holds that rising temperatures at the top of the world are pushing bursts of cold air south more frequently (Climatewire, Feb. 17).

"We have to make sure we’re addressing the true nature of the risk [posed] by a changing climate, but also expectations of renewable growth and what that means for the rest of the system," said Matt Prorok, senior policy manager at the Great Plains Institute, a Minneapolis-based think tank.

How to satisfy electricity demand during cold weather events with an increasingly green grid once seemed like a far-off question. After Texas, "those questions are here in front of us and will be asked to ensure we have a reliable, cost-effective and clean system," Prorok said.

But Coal Creek, which is powered by locally sourced lignite coal, won’t be available much longer. Great River plans to shutter its two coal units by the end of next year, offsetting the lost generation with natural gas, wind and solar power.

In 2020, Coal Creek emitted 9.5 million tons of carbon dioxide, according to EPA data, making it the 19th-largest CO2 emitter in the United States last year.

"Having sufficient capacity to meet all of our requirements is critical to our operation, and we can focus on that even when Coal Creek is not in our portfolio," Brekke said.

Yet even with Coal Creek running at full speed, Great River faced other operational challenges during the recent deep freeze. The wholesale electric cooperative asked its members to take steps to control load on the grid to conserve energy and shave peak demand.

Two of three gas supply lines feeding the utility’s peaking plants could not receive gas because of the cold, while a third was taken offline due to soaring market prices. Great River does not have guaranteed delivery contracts with gas suppliers and is vulnerable to price spikes like those that occurred in Texas.

What Great River does have are on-site fuel oil tanks capable of running a peaking turbine for 20 hours. If supply runs low, oil can be delivered via tanker trucks stationed within driving distance of a power plant. That occurred several times during the recent cold snap, officials said.

Petroleum provides some of the benefits of a coal plant because it can be stored on-site, but use of the oil at Great River peaking plants is reserved only for backup power.

Brekke said winter reliability is now a top concern for utilities in cold climates, but almost all are taking such steps voluntarily because MISO’s rules are driven by the summer peak-demand period. "We know that winter reliability is every bit as important, so we all take responsibility for it," he said.

"Obviously, a coal pile is an example of a fuel you can rely on during a very cold weather period," Brekke added, "whereas if you have a plant that’s relying entirely on gas, you need to demonstrate an uninterruptible supply of natural gas during the very coldest weather, and that may be very expensive. Either we have backup sources at our power plants to put energy onto the grid, or consumers are going to have to have backup sources in their homes."

Increasingly, cold-weather power suppliers like Great River and neighboring Xcel Energy are relying on wind turbines to boost electricity supply during peak demand. Wind farms in northern climates are usually winterized and can withstand temperatures to minus 22 degrees.

Xcel has aggressively integrated wind power into its portfolio since 2005, when Minnesota adopted one of the nation’s first renewable energy portfolios. Today, the utility owns 3,700 MW of wind capacity in Minnesota, the Dakotas, Colorado, New Mexico and Texas, and has power purchase agreements for 6,300 additional megawatts.

During last week’s cold spell, turbines at three of Xcel’s wind farms in North Dakota and Minnesota reached their low-temperature thresholds, but most of those wind facilities were not dispatched to the grid.

"Given that [wind power] is dependent on the weather, we do not rely on it as an on-demand resource," Xcel spokesperson Matt Lindstrom said in an email.

"Often the weather patterns that bring extreme cold also have periods of no wind, when the turbines do not generate electricity," he added. "This was the case at various times during the cold snap and is often more of a factor for wind generation in extreme cold than turbine shutdowns due to the cold."

Xcel’s baseload plants, both fossil and nuclear, are enclosed in heated buildings to protect essential equipment from freezing, he said.

Energy experts say a series of innovations are needed if utilities are to cut the cord on fossil fuels. Long-range transmission is needed to ship power from regions where the wind is blowing and the sun is shining to those where power demand is surging.

Energy efficiency measures are required to relieve stress on the grid. And a host of new generation and storage technologies are needed to replace the power now supplied by coal and gas.

Rao Konidena, a Minnesota-based energy consultant, said he is optimistic about Great River Energy’s collaboration with Form Energy, a Bill Gates-backed startup that is developing a long-duration battery. The Massachusetts-based company has a deal with Great River to install a 1-MW battery.

Today’s batteries are generally able to dispatch electricity for four to eight hours. Form Energy’s model is said to be capable of dispatching for 150 hours (Energywire, May 8, 2020).

"What we want to ensure is when we have these weather events lasting for a week, you want storage for long duration," Konidena said.

But the hope for long-duration batteries points to another challenge: Many of the technologies needed to replace fossil fuels are not deployed at commercial scale today. Other options include small modular nuclear reactors and carbon capture systems for natural gas plants.

Plans for an Allam cycle gas plant capable of capturing nearly all of its emissions appear particularly promising, said John Larsen, an analyst with the Rhodium Group, an economic consulting firm. Net Power, the plant’s developer, announced in late 2019 that it was moving into commercial development of a 300-MW facility.

Even so, the reliance on new technology highlights a larger point, Larsen said. It is possible to quickly decarbonize much of the grid, but fossil units needed to ensure reliability during extreme weather events will continue to operate, at least for now.

"This is the frontier," Larsen said. "As we add more of these resources to the grid, market managers and regulators are going to need to figure out the resource adequacy to ensure these facilities are available in winter events."