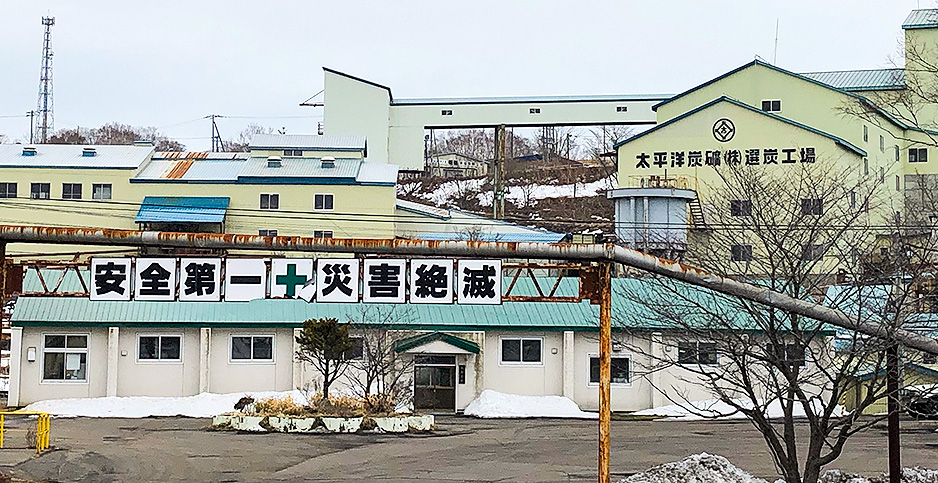 KUSHIRO, Japan — A last vestige of Japan’s waning coal sector clings to life in the eastern half of this city.

The last operational underground mine in all of Japan, owned by Kushiro Coal Mine Co. Ltd., is surviving on the northern island of Hokkaido thanks to paralysis over the country’s future nuclear power policy, national government support and intervention by local business leaders.

The mine is now partnering with a Tokyo power company to build a small-scale coal-fired power plant here, with the plant pledging to use the mine’s fuel. The plant will keep the mine running for a few more decades but not at anything close to full capacity.

Japan’s coal enthusiasts insist the fuel’s future is bright, here and abroad, and point to this mine as evidence. Coal’s share of Japan’s energy mix is expected to rise over the next decade. And while countries like the United States are not building new plants, Japan is going the other way.

‘A vital role to play’

What’s on the surface speaks to its near 100-year history. Infrastructure on the north side of the mine site consists of rusting silos and long corrugated steel structures encasing conveyor belts that snake up and down hillsides, carrying coal to be processed and loaded onto trucks. The south side of the mine lease contains administrative buildings and the entry to the subterranean, subsea shafts. Residential and commercial districts can be found adjacent to and even on top of the mine.

The mine boasts Japan’s last coal train and coal railroad, a line running entirely within city limits to deliver coal from the mine to the port. In use since the 1920s, the historic rail line will be shut down for good at the end of this month after 94 years in operation. It’s yet another sign of this mining industry’s slow sunset.

The use of coal in Japan, one of Asia’s largest importers, isn’t set to end anytime soon, however. Japan imports the vast majority of its supply, mainly from Australia.

That is further proof that Japan should abandon coal if its government is serious about energy security, said Parra. "It’s all imported. It’s only increasing energy insecurity in a way," she said.

Shirley Zhang, an East Asia coal industry expert with Wood Mackenzie, says her company’s forecast sees coal’s share of Japan’s energy mix rising to 36 percent by 2030, though this won’t mean much for imports — efficiency improvements will keep total consumption where it stands today, she said.

Eventually, renewable energy sources will eat into coal’s share, Zhang predicts. "In the near term, I would say out to 2025, coal is still increasing but then it’s more on a capacity perspective," she said. "You probably don’t see that to be impacted on coal imports as much because you would expect over time as efficiency, utilization efficiency of the new units will increase."

Sugawara agreed, insisting that his company’s escape from death shouldn’t be mistaken for any revival of coal here, Fukushima or no. "We’re exploring ways to survive in the local economy," he said.

"Many people consider coal to be the ‘energy of the past.’ Not true," says a guide published by the city. "Coal has a vital role to play in our convenient life … so we’re looking toward the future, and the world is paying attention to the environmentally sensitive technologies we employ to extract and use coal."

The pamphlet touts the foreign training program, which Sugawara also dismissed as insignificant long term. "It’s a strong side business, but a state subsidy support scheme," as he characterized it.

Parra and colleague Matthew Webb laid out a path for Japan to phase out coal in a paper produced ahead of Japan’s Group of 20 nations presidency.

"For coal in particular, I think that’s a very specific case, and it’s that Japan’s industry has traditionally produced some of the most efficient coal power plants," she said. "This also explains the promotion of ultra-supercritical coal power plants in Southeast Asian countries, for instance, and many other countries as just a business opportunity."

But the nation’s major power generators appear to be taking notice.

A dispute over coal has erupted within Japan’s government, as well. Addressing international criticism, yesterday Japan’s minister of environment, Yoshiaki Harada, announced that his agency would not sign off on new thermal coal plants or plant refurbishments "in principle." It remains to be seen how this translates into broader policy, as final authority over these plants rests with the Ministry of Economy, Trade and Industry (METI), not the Ministry of the Environment.

Parra argues that the nation’s goals for renewable energy are far too modest. Her proposal sees Japan phasing out coal entirely by 2030, replacing the lost generation with efficiency and wind and solar power.

Meanwhile, independent observers say METI’s nuclear power target is wildly optimistic and off base, and they’re increasingly not shy about saying so. Delegates to a recent conference in Tokyo told a METI director that his agency needed to get real about nuclear power’s declining prospects (Energywire, Feb. 20).

Kushiro’s new coal-fired power plant is set to begin generation in November 2020, supported by an investment fund and the company F-Power Inc., according to Nikkei. That facility will keep the Kushiro coal mine alive, but at a fraction of its historical output.

Other plants will open and do well as Japan’s leaders continue struggling to get nuclear reactors back online, according to Zhang’s outlook. In the near term, coal and LNG will fill in the gap left open as nuclear power generation stays shuttered or is decommissioned, according to Wood Mackenzie’s view.

"During that specific seven- to eight-year window, you do need extra coal," she said. "In the longer term, it’s going to be renewables."