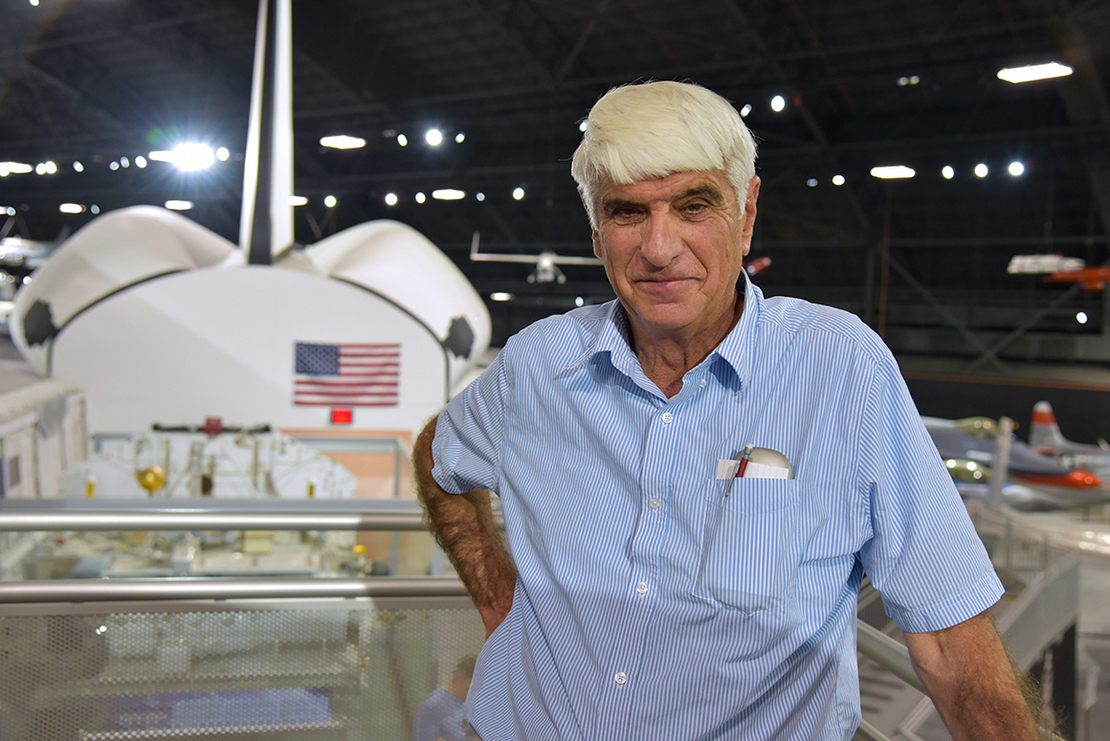 Former NASA astronaut Sidney Gutierrez was identified as someone who could oversee a ballot recount in President Trump's unfounded effort to win the 2020 presidential election. National Museum of the United States Air Force

A retired astronaut who delivered climate monitoring instruments into space in the 1990s is connected to President Trump’s efforts to overturn last year’s election results, according to a document released yesterday by House investigators.

Trump allies planned to put NASA astronaut Sidney Gutierrez, commander of the 1994 Space Shuttle Endeavour mission, in charge of a national task force that would search for “counterfeit” ballots, say documents that were submitted by former White House chief of staff Mark Meadows to the bipartisan commission investigating the Jan. 6 attack on the Capitol by Trump supporters.

Gutierrez was to be tasked with overseeing "challenges for all races in all states and [to] accurately determine who the people of America actually elected as our leaders," according to the document.

The plan was outlined in a 36-page PowerPoint presentation titled “Election Fraud, Foreign Interference & Options for 6 JAN." It proposed briefing lawmakers on Jan. 5 about reversing the election results, the day before Joe Biden’s victory was to be certified by Congress.

The document contains conspiracy theories and lies about the results of the 2020 presidential election that continue to be repeated by Trump and his allies, such as former New York City Mayor Rudy Giuliani and attorney Sidney Powell.

Gutierrez’s proposed role in the scheme was a key recommendation listed in the document, which outlined plans to mobilize National Guard troops to seize and count ballots so Vice President Mike Pence could seat Republican electors in states won by Democrats.

“A task force led by a trustworthy individual (we recommend Sid Gutierrez: NASA Astronaut, retired Air Force Colonel, Center Director at a National Laboratory) produce a standard procedure that will be required and will include full accountability so that counterfeit ballots are excluded and legal ballots are not lost, modified, substituted, or added in,” the document says.

Attempts to reach Gutierrez were unsuccessful. A woman who answered his cellphone yesterday said Gutierrez isn’t speaking to reporters. The document does not state whether Gutierrez was aware of the plan.

The document was among a cache of emails turned over to the bipartisan Jan. 6 commission by Meadows. It’s unclear who authored the plan or with whom it was shared.

There is little public record of Gutierrez’s partisan leanings, other than an anti-abortion opinion piece he wrote for the Albuquerque Journal in 2013. He used the op-ed to criticize NASA for the Space Shuttle Columbia explosion that killed seven astronauts in 2003 and to call for stronger action against abortion.

“NASA failed to install a full envelope system after the first accident, because doing so would force them to accept that they had erred to begin with,” he wrote. “So they doubled down on failure — refused to act — and a second crew paid the price with their lives. I want to speak to those in the middle who have failed to engage in the abortion debate.”

Gutierrez was the first U.S.-born Hispanic astronaut. There is a middle school named after him in his home state of New Mexico.

Before he was connected to the anti-democratic effort to overturn the 2020 election and the Jan. 6 attack on the Capitol by Trump supporters, Gutierrez was an Air Force pilot who twice flew into space aboard a shuttle. He was the commander of the Space Shuttle Endeavour mission in April 1994.

He and his crew mapped portions of Earth and tracked pollution across the globe. They delivered the Space Radar Laboratory-1 into orbit. The mission was dedicated to “pioneering the new discipline of Earth system science, with a near-term emphasis on global climate change,” according to NASA documents.

The mission collected data that could be used to better understand humanity’s effects on the planet, including wildfires, floods and the clear-cutting of forests. It also studied the soil moisture content of wetlands and “how the Earth’s climate is moderated by the ocean,” according to retired astronaut Tom Jones, who also flew on the mission.

While in space, they “conducted global atmospheric measurements of carbon monoxide concentrations, important to global warming studies,” according to Jones.

In a brief interview yesterday with E&E News, Jones said Gutierrez’s political leanings were not apparent during the 1994 mission, which he said continues to have important implications for scientific research.

“It’s one of many efforts that are ongoing at NASA to provide numbers on the Earth system to policymakers, showing trends, showing a snapshot, showing what the sources are of various pollutants, whether it’s methane released from cows or methane released from natural gas seeps on the coastal waters of the world or whether it’s flaring gas from oil production facilities,” he said. “NASA has been doing that constantly since the early 1990s.”

After Gutierrez left NASA, he spent 20 years in senior leadership positions at the Sandia National Laboratories in Albuquerque, N.M., and led research into nuclear power reactors as well as solar and wind energy.