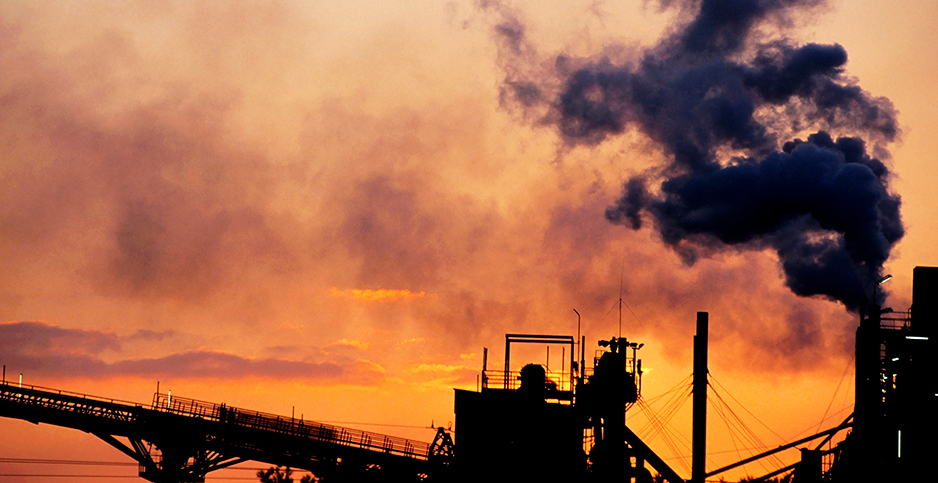 A smoking chimney of a petroleum refinery at sunset in Berre, France. Legal experts are debating whether attorneys for greenhouse gas emitters such as oil and gas companies may be found in violation of ethics rules. Sami Sarkis/agefotostock/Newscom

Climate change in the courtroom isn’t a temporary phenomenon.

Flatt’s research explores the circumstances that could leave attorneys open to charges of ethical breaches if they fail to disclose client activity linked to harms wrought by climate change.

"Attorneys are very conservative," Flatt told E&E News. "They want to make sure they’re complying with all their requirements and ethical rules. And if this is a potential threat, that is something that I think will chill attorney behavior in terms of representation."

Flatt’s warning is gaining attention in legal circles. Some critics have called it far-fetched, but others are advising lawyers to take note.

The ABA has a model set of ethics rules that states use to craft their own regulations. The ABA’s model rule for confidentiality says a lawyer shall not reveal information about a client unless the client gives the go-ahead.

But the rule also says attorneys may disclose information about a client if they think it’s necessary to prevent "reasonably certain death or substantial bodily harm" or a criminal act.

Flatt wrote that governing bodies wanted to adjust language to reflect real harm that couldn’t necessarily be described as specific harm to a specific person but would nonetheless cause injury down the line.

The narrowness of the disclosure rule, and when it applies, varies among those 12 states. Under Texas’ particularly stringent rules, for instance, an attorney shall reveal privileged information only when it clearly demonstrates the likelihood that client actions will cause "death or substantial bodily harm" as a result of a criminal act. In other states, the disclosure rule is even broader.

But Flatt’s paper explained that even under more stringent state rules, like in Texas, there are situations that could still leave attorneys at risk when greenhouse gas emitters are involved.

‘Stand the profession on its head’

But when told about Flatt’s disclosure concerns over the phone and by email, Bradley Wendel — an ethics expert at Cornell Law School — said the idea was dangerous and stressed that the ABA model rules do not mandate disclosure.

"As an attorney, you absolutely have to zealously protect confidentiality, but you also cannot allow your services to be used to commit fraud upon the court," he said. "I think that tension has long been there for attorneys, and I don’t think it’s any different now in this context."

In instances where attorneys’ services are being used in connection with a crime or fraud, Jaffe said the burden is on them to try to appeal to the client’s better judgment first.

"Your first action should always be to sort of remonstrate with the client confidentially, advise them that you have a duty of candor to the tribunal and seek their cooperation with correcting any false statements they’ve made," he said.