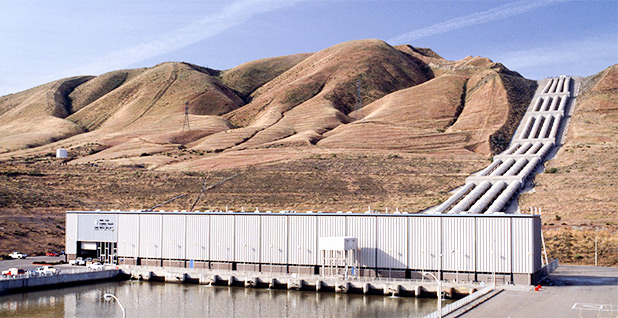 The 41-page report from Auditor Elaine Howle concluded that the planning process for Brown’s proposed twin 35-mile-long tunnels around the Sacramento-San Joaquin River Delta was flawed in several ways.

It found that a Department of Water Resources contract with the Sacramento-based Hallmark Group — which has ballooned to $13.8 million — ran afoul of state law because the department did not use a competitive process.

"Our review of the Hallmark contract," Howle wrote, "found no indication of how DWR identified Hallmark as the replacement program manager nor any evidence that DWR evaluated Hallmark’s qualifications for this role."

She added that Hallmark "does not appear to possess the technical credentials or experience on relevant projects."

Brown’s $17 billion project would significantly change how the state ships water from the wet north to the dry south, where most of the state’s population resides.

The governor has emphasized that the tunnels would provide better water security in the event of a large earthquake — the delta is now protected by earthen levees — and greater protections for endangered fish species that are now threatened by the large pumps that suck water from the delta southward.

It would in many ways complete the State Water Project, the infrastructure behemoth that provides water to 25 million created by Brown’s father, former Gov. Pat Brown (Greenwire, July 10).

DWR disagreed that it violated the law with the Hallmark contract.

In a written response, DWR Director Grant Davis emphasized that Hallmark was contracted for management purposes — not engineering expertise.

"Hallmark has succeeded in the task which it was originally brought on to provide, cost control," Davis wrote, adding that Hallmark reduced staffing of the project by 40 percent, and cut burn rate costs by 44 percent in a year and 65 percent in two years.

The auditor, however, criticized DWR’s handling of the project’s cost.

It found that since DWR’s 2009 cost estimate of $140 million, the planning costs reached $280 million as of last June.

And it concluded that DWR "has not completed either an economic or financial analysis to demonstrate the financial viability" of the project, and "has not fully implemented a government structure for the design and construction phase."

Davis, the DWR director, acknowledged the escalating costs, noting that the "project’s complexity resulted in unforeseen expenses and schedule extensions."

But the majority of Davis’ response focused on the 2013 Hallmark contract.

"The contract assignment was accomplished lawfully," he wrote.