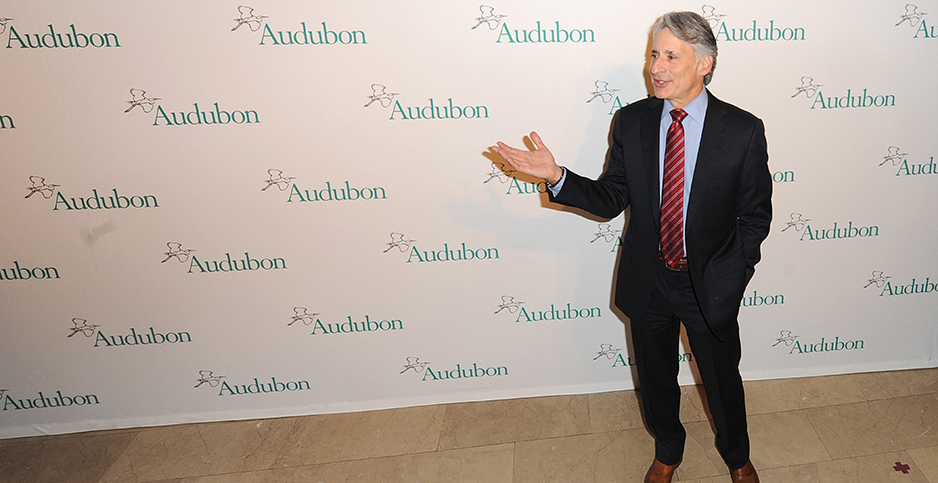 National Audubon Society CEO David Yarnold is shown attending the society's 2013 gala at the Plaza Hotel in New York City. Yarnold resigned from his position weeks ago following criticism about the workplace culture at the organization. Sam Simmonds/Polaris/Newscom

The National Audubon Society harbors a "culture of retaliation, fear and antagonism" toward women and people of color, an external audit concluded yesterday.

One of the country’s largest environmental groups, the National Audubon Society has been plagued by workplace problems.

POLITICO reported last November that Audubon was fielding a deluge of workplace complaints, including widespread dissatisfaction and anger stemming from reportedly botched diversity training. Several weeks ago, the organization’s CEO announced that he will soon step down from his post amid the complaints.

Audubon’s board hired the firm Morgan, Lewis & Bockius to conduct a review. In a 12-week-long investigation, it substantiated some of the POLITICO report and, more broadly, found widespread culture problems.

"Nearly all of the women we interviewed and many of the men commented that implicit bias toward women and people of color is prevalent at Audubon," the report found.

Investigators interviewed 111 current or former Audubon employees. Their analysis revealed recurring problems, including decisionmaking concentrated among a group of white men; a lack of communication and transparency; "insincere" diversity, equity and inclusion efforts; and gender inequity.

The findings are "unacceptable and will not be tolerated," Audubon board Chair Maggie Walker said in a statement.

"The board is taking steps to improve the transparency between board and management and strengthen its governance practices in response to the situation," Walker said. "We will form a working group to collaborate with management on structures and processes that achieve workplace fairness and excellence."

CEO David Yarnold, in particular, was criticized for his handling of an anonymous workplace survey and his interactions with some of organization’s top diversity officers, both of whom left the organization.

Those problems coincided with two rounds of layoffs, letting go more than 100 staff members. Audubon has said those layoffs were due to budgetary constraints stemming from the COVID-19 pandemic and that some of those workers have been hired back.

Yarnold has since announced that he is stepping down, effective next week.

He will be succeeded on an interim basis by Elizabeth Gray, the group’s recently hired president, while a CEO search is conducted (Greenwire, April 21).

The turmoil sparked a new unionization effort at the organization under the banner "Audubon for All." But the management’s response to that effort also drew criticism when Audubon hired a notorious union-busting firm as a consultant (Greenwire, March 17).

The organizing leaders said in a statement yesterday that the audit’s findings "are of no surprise to us."

"We have been speaking out about Audubon’s toxic culture for over a year now as a union after years of employees being ignored or even punished for raising these issues," they said.

The Morgan Lewis report did not verify all the claims against Yarnold and Audubon.

In particular, it could not substantiate whether one diversity official, Devon Trotter, had resigned after threats from Yarnold. The investigators acknowledged, however, that Trotter declined to be interviewed.

Investigators also did not speak with Deeohn Ferris, another top diversity officer at Audubon who left. But it concluded that Ferris was put in "a somewhat untenable position" because of disagreements with Yarnold about the program.

"We do not believe Ms. Ferris was driven out by Mr. Yarnold or other superiors," the investigators concluded.

Nevertheless, the audit offers searing criticism of Audubon’s management. It includes recommendations to boost anti-discrimination training, strengthen the organization’s human resources department and "consider making changes to the structure and leadership of the organization" — including in the search for Yarnold’s replacement.

"There should be a substantial, concerted effort to identify qualified candidates who are people of color and women," it said.