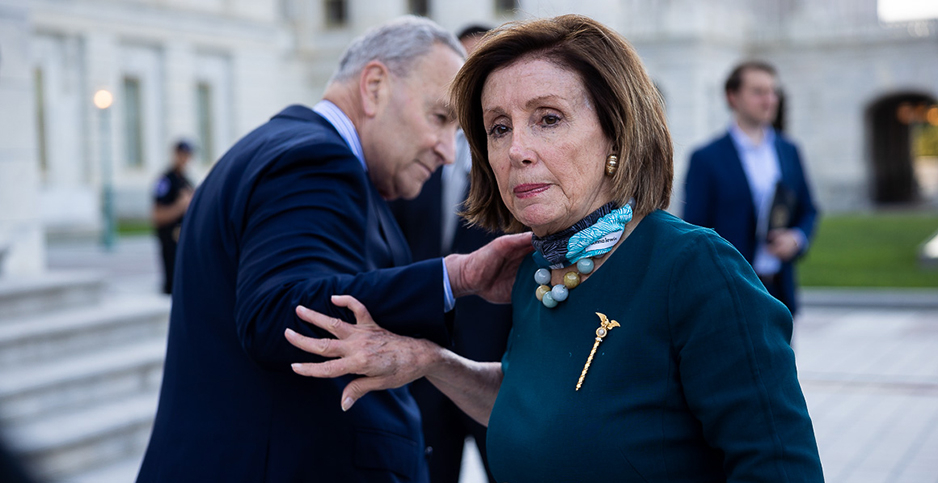 Senators return to Washington this week with a short timetable for an ambitious infrastructure package but in a Capitol full of hard feelings and colliding interests.

Those interests include those of progressives, who are panicked that Democratic leaders are prepared to make too many compromises to win not only Republican votes for various infrastructure proposals but also those of moderate Democrats.

One big player in this battle, Sen. Joe Manchin (D-W.Va.), will get his chance on stage this week as his committee marks up a $95 billion clean energy bill, parts of which are expected to be included in a bipartisan package.

Progressives have thus far been cool to Manchin’s plan, eying it with suspicion that it could become the ceiling, rather than a floor, for addressing the climate crisis.

That’s just one example of the uncertainty surrounding infrastructure, including timing and procedure. Senate Majority Leader Chuck Schumer (D-N.Y.) offered some clarity on both late last week when he said his intention was "for lawmakers to both pass a bipartisan infrastructure package and adopt a budget resolution," as he wrote in a Friday letter to his Democratic colleagues.

The budget resolution will open the door for Democrats to pursue reconciliation, the process that allows the majority to bypass a Republican filibuster. Many components of President Biden’s original, more expansive infrastructure proposal are expected to be stuffed in that package. Among the biggest of those components are efforts to fight climate change.

And, if senators can’t complete this work by the end of the first week of August — at which time the Senate is scheduled to break for its regular monthlong summer recess — Schumer has threatened they’ll work overtime.

"Please be advised that time is of the essence and we have a lot of work to do," Schumer warned. "Senators should be prepared for the possibility of working long nights, weekends, and remaining in Washington into the previously-scheduled August state work period."

It’s hard to imagine how the Senate will meet this self-imposed deadline. There is no text for the bipartisan deal with the White House on a $973 billion measure that focuses mostly on surface transportation, and support for that agreement remains fragile after Biden at one point suggested he wouldn’t sign the narrower bill without a reconciliation measure alongside it.

Biden has since walked back that position, but it remains a red line for congressional Democrats who want to pressure Senate Democratic moderates — namely Manchin and Kyrsten Sinema of Arizona — to support reconciliation.

House Speaker Nancy Pelosi (D-Calif.) has said she will not allow the House to vote on the bipartisan infrastructure deal until the Senate has also advanced reconciliation. Schumer also reiterated Friday he has not abandoned the two-track approach.

"On the bipartisan infrastructure track, our committees are working tirelessly with the White House and the bipartisan infrastructure group to turn their recent agreement into legislation," Schumer said. "On the second track, the Senate Budget Committee continues their work on a … budget resolution to enact the remaining elements of the American Jobs and Families Plan — especially provisions on climate change, health care and the caring economy."

Pelosi and Schumer don’t have a lot of wiggle room when it comes to shepherding their members through this process. They continue to work to pacify outspoken liberals but are also throwing bones to moderates whose votes will be necessary to advance a reconciliation measure in a 50-50 Senate.

There’s no player more crucial in that equation than Manchin, who will this week preside in committee over a markup of his legislation that would provide nearly $73 billion in energy infrastructure improvements in a $95 billion bill.

But action on that bill comes amid worries from climate advocates that the investment isn’t nearly enough to meet the challenge of the crisis.

Prior to the July 4th recess, Manchin — one of the chief negotiators on the bipartisan framework — floated a draft bill that subbed as his vision for how he saw his committee contributing to the larger package being worked out between senators and the Biden administration.

That bill is now set for a markup Wednesday in the Energy and Natural Resources Committee, which Manchin chairs.

"Everything that you are seeing in that framework the president put out, that has to be all worked in every committee of jurisdiction," Manchin told E&E News before the Senate recess (E&E Daily, June 24). "So we started ours because we knew where we were at and how much we had to work with."

Included instead is language reauthorizing the projects as well as a nuclear credit program tweak for a general $6 billion authorization over the next five fiscal years.

Despite that jump-start, the markup is sure to prompt debate from both sides of the aisle.

During the legislative hearing on the draft text last month, Senate Energy and Natural Resources Committee ranking member John Barrasso (R-Wyo.) criticized the direct spending appropriations language in the bill for things like efficiency grants, among other areas, as outside the jurisdiction of the panel. He also opposed the transmission policy he argued would bail out years of mismanagement by states like California.

Meanwhile, Democrats who have spent the better part of the last month doubling down on demands that the infrastructure package include substantial funding to help address the climate challenge are likely to insist Manchin’s framework doesn’t satisfy that objective.

"We are going to need, in my view, increased funding above what is in this proposal," said Sen. Ron Wyden (D-Ore.) during the June 24 hearing on the draft energy bill. "But I think we all know we have to work on these issues in the way this committee has always focused, which is to do it in a bipartisan way."

Wyden’s concerns are shared by many progressives, who have made "#NoClimateNoDeal" a trending rallying cry on social media.

"We are very concerned about missing this once-in-a-generation governing moment," they said in their letter. "This is our chance to make lasting investments that empower the public sphere. We will not be satisfied with advancing an expansive infrastructure bill without making comprehensive, direct investments in public renewable power."

The members call for "an end to directing public dollars towards subsidizing fossil fuels, matched with aggressive energy and equity standards to transition off of fossil fuels and support affected workers," and $132 billion to establish a Civilian Climate Corps, a program to train young people in jobs in the outdoors.

That latter amount is more than 13 times what Biden offered in his original infrastructure proposal for such a corps: $10 billion.

"We need a jobs and infrastructure plan that meets demands laid out in the Green New Deal that prioritizes investments in frontline communities, ensures respect for tribal sovereignty, and includes robust labor standards and protections," the Democrats wrote.

Schumer last week pledged to include a "big bold CCC" in the Senate’s upcoming infrastructure campaign.

That news prompted the left-leaning Sunrise Movement to take a victory lap, even though the idea for a Civilian Climate Corps has been a popular and noncontroversial concept among Democrats for years.

"Schumer’s commitment means our organizing is working. Now, we work to ensure he follows through on his promises," said Veekas Ashoka, an activist with Sunrise Movement NYC, in a statement. "We will continue building the political mandate for Schumer to deliver on the full scope of climate action we need by any means necessary, with or without the GOP."

In another victory for progressives, Schumer at a press conference in Queens last Friday also confirmed he would oppose counting gas as "clean energy" in any formal clean electricity standard Congress could seek to establish in its reconciliation package, according to a report from The New Republic.

"Gas doesn’t help us get there," Schumer said of the White House’s goal of reaching 80% clean power by 2035, an objective many congressional Democrats share and would likely support in the reconciliation process.

Clarification: This story was updated to clarify revised provisions in the Manchin energy bill.