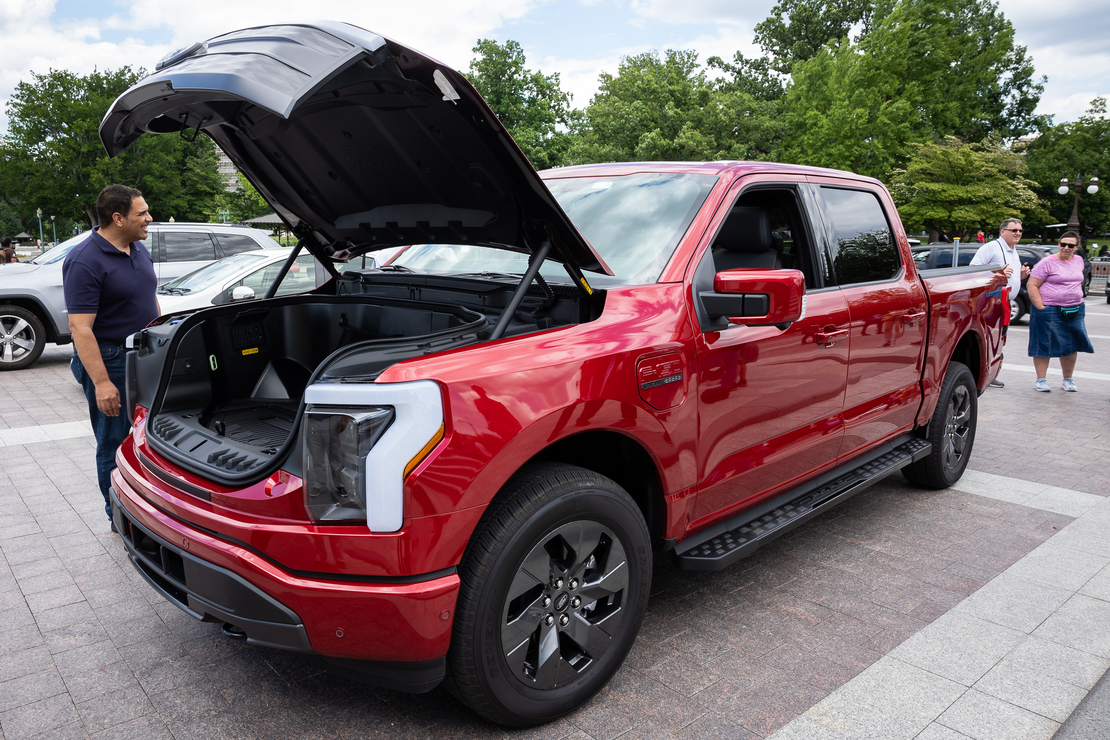 Automakers are worried about the federal government’s new subsidies for electric vehicles, and they want clarity right now.

That’s the take-home message from comments auto companies sent to the IRS by a deadline of last Friday. They sought to point out the many ways for automakers to fall afoul of the rules and be unable to offer their customers a tax break.

The new rules should “properly account for the realities and complexity of the battery supply chain,” said General Motors Co., America’s largest automaker, in its comments.

Ford Motor Co., GM and Rivian Automotive Inc. responded to the new guidelines for electric vehicle tax credits that were created by the Inflation Reduction Act, the climate and energy law that President Joe Biden signed in August.

Automakers said the government needs to draw clear lines through the many steps of making a battery and define how the companies can avoid entanglement with China.

The law took the old formula — for which a growing number of automakers were ineligible — and replaced it with a complicated formula that rewards the manufacturers for assembling batteries in North America and for avoiding China in the supply chain for those batteries.

But the law’s declarations, like those that relate to battery processing, have automakers searching for specifics.

“Ford requests that the government clarify the meaning of the term ‘processing,’” Ford wrote in comments that it submitted Thursday. “A clear definition will be fundamental for compliance.”

The interpretation is the job of the IRS, which has its hands full with the Inflation Reduction Act because it created a blizzard of clean energy tax credits. Those include customer incentives for everything from solar panels to heat pumps to EVs, as well as manufacturing production credits that give battery-makers a rebate on every kilowatt-hour of battery cells or packs they create.

Complicating the task is how the law structured key provisions related to China.

The Inflation Reduction Act doesn’t name China, but it steers the battery supply chain away from “foreign entities of concern,” of which China is one. It requires battery materials to either come from domestic or recycled sources or from countries with which the U.S. has a free-trade agreement. Those rules start in 2024 and 2025.

Another layer further complicates the automakers’ task. The battery-assembly and supply-chain provisions kick in over time. They start in 2023 — less than two months from now — at 40 percent for critical minerals and 50 percent for battery assembly. From those percentages, they step up by 10 percentage points per year.

Until now, the federal government has never been asked to create detailed rules about battery manufacturing. But with the tax incentives — and with U.S. automakers and the Biden administration in general agreement that half of new car sales should be electric by 2030 — there is new urgency.

Automakers are especially concerned about the processing part of the supply chain, because there are many steps between raw rock mined out of the ground and pure metals. Currently, China does most of this processing.

“Given the complex journey that critical minerals take from extraction to incorporation into the battery of an electric vehicle, it is not clear what stage(s) of the journey actually constitute ‘processing,’” Ford wrote.

Taking the example of lithium, “there is extraction, crushing, grinding, filtering, and transportation of ore,” Ford said. From there, “the steps can include calcination, acid roast, leaching, purification, filtration, removing magnesium and calcium, precipitation, digestion, ion exchange, crystallization, use of centrifuge, drying and micronizing.”

To get to lithium carbonate, the material suitable for use in batteries, “the steps can include conversion, ion exchange, evaporative crystallization, and drying,” Ford added.

The automakers also want to know exactly how far back in the supply chain they’re responsible for sourcing correctly. GM said it won’t be easy.

“In many cases, minerals will be purchased from a variety of geographic sources and subsequently commingled and processed at supplier facilities into a single end product,” GM wrote in its comments. “It is infeasible to track exactly which minerals go into exactly which vehicle.”

Automakers had at times diverging suggestions for how to navigate these complexities. Most would limit their responsibility for meeting the sourcing rules.

Ford, for example, wants the rules to kick in higher on the supply chain at Tier 1 suppliers, which are the ones that provide finished products to automakers. The rules should “exclude sub-components or critical raw materials provided by Tier 2 suppliers (and beyond),” Ford wrote.

Rivian took another tack, asking for credit for looking outside of China for any part of the supply chain.

“If any extraction or processing to battery grade takes place in the United States or [a free-trade agreement] country, that should make a mineral … eligible,” said Rivian.

Asked when it would have its rules ready, the IRS did not reply to E&E News in time for publication.