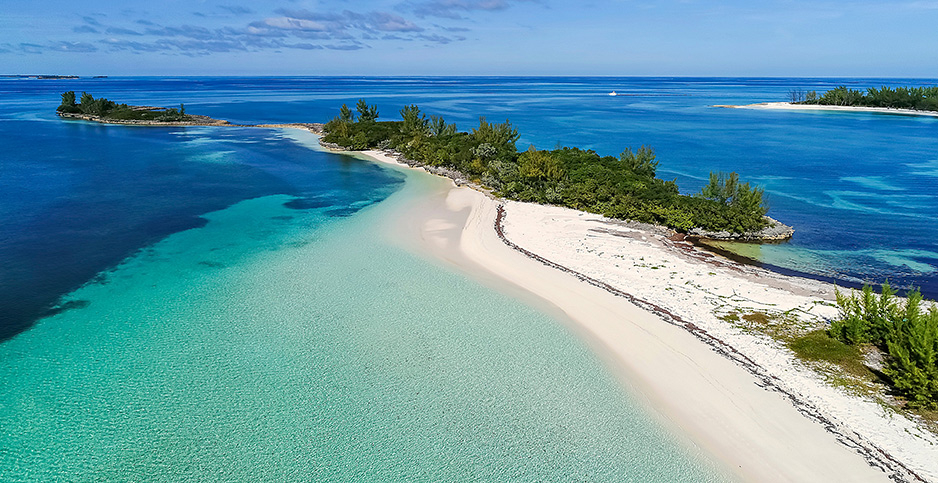 An aerial view of Munjack Cay in the Bahamas' Abaco Islands. Larry Malvin/agefotostock/Newscom

A controversial gambit to drill for oil and natural gas in the blue waters of the Bahamas — roughly 150 miles from the Florida coast — has ended in disappointment, with analysts anticipating that the country’s hopes for an oil industry have been "shattered."

The Britain-based Bahamas Petroleum Co., with leaseholdings just 50 miles off the coast of Miami, told investors yesterday that it will plug and abandon its highly anticipated exploration well, Perseverance 1, after finding that the oil and gas potential doesn’t justify further development.

The announcement drew cheers from environmentalists protesting the project and frustrated the country’s hopes for an oil-driven economic boom.

Perseverance was the first oil well drilled in the area in 25 years and had stirred Bahamian government hopes of a $5 billion return in revenue from eventual drilling and production.

The country is highly reliant on tourism and is especially crunched by the coronavirus pandemic-forced freeze on global travel.

Rystad Energy, an oil and gas research firm based in Norway, said in a client note today that the Perseverance news has potentially "shattered" the hopes of an oil and gas outlook for the country.

There is some oil and gas development in the blue waters of the Caribbean, including production off the coast of Cuba. But the Bahamian waters have been a tease and a disappointment that drew a number of companies to test drill between the 1940s and 1980s. Those wells were all either dry or uneconomical to develop, according to Rystad.

The most recent large oil and gas firm to exit the region was Norway’s Equinor ASA — then called Statoil — in 2014, the group noted.

BPC had been at loggerheads with environmentalists protesting the potential oil activity prior to drilling, with U.S.-based groups highlighting the proximity of potential drilling to the Florida coast. Those groups were celebratory after the Perseverance findings but expressed hope that the Bahamian government would now relinquish its goals of oil and gas development.

"Offshore drilling in the Bahamas is dangerous for both the country’s tourism-driven economy and its pristine waters," said Diane Hoskins, a campaign director at Oceana.

She added: "We hope the Bahamian government takes this as a sign to stop this senseless journey. The United States and the Bahamas have a shared interest in preventing the associated devastation to our climate, coastal communities and economy."

Rystad’s note to clients noted that BPC may try to find someone to take over its Bahamian assets, but it would be a hard sell.

The Perseverance results have made the risk of that play skyrocket, the firm said, noting that the site was chosen after "relentless technical study" as the best place to start.

"It would be extremely difficult to find a suitable candidate willing to bet on this high-risk frontier province," Rystad noted. BPC’s options are to "relinquish or carry on the risky exploration all by itself."

The company told investors yesterday that it would shift focus to its oil and gas operations farther south, in Suriname and Trinidad and Tobago.

The company’s stock value fell by 67% yesterday in the wake of the Perseverance news.