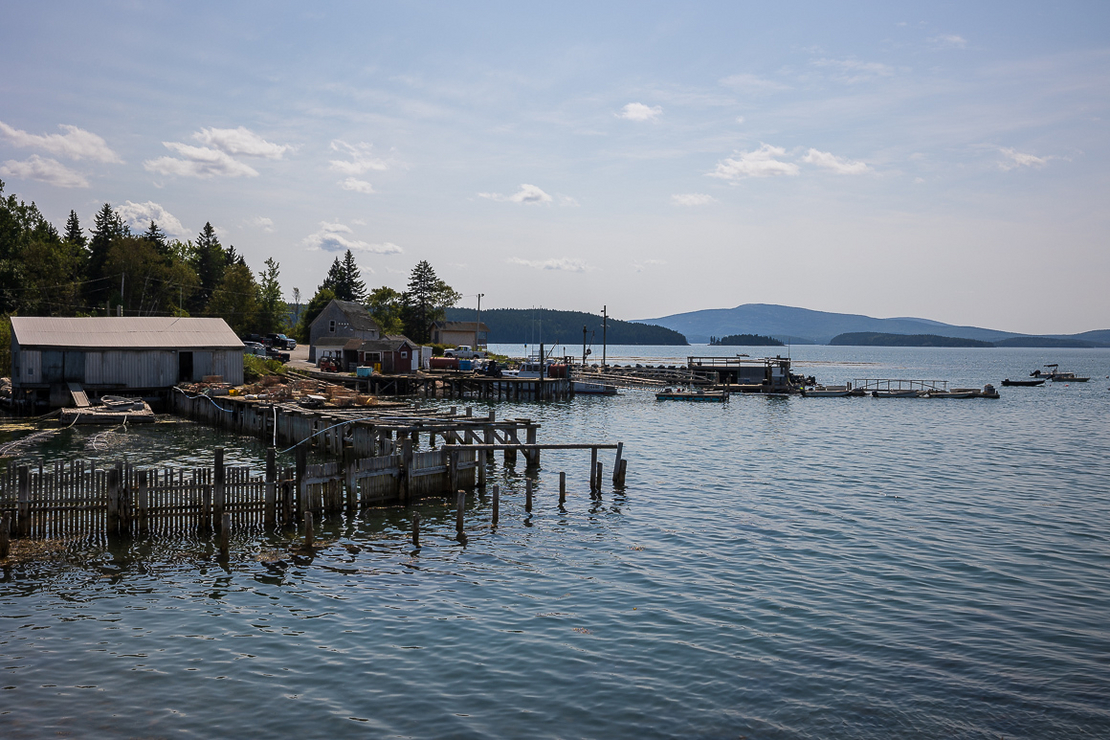 A 120-acre aquaculture project had been proposed for Frenchman Bay, near Acadia National Park in Maine. The state rejected the application in April. Francis Chung/E&E News

Aquaculture opponents in Maine celebrated earlier this year when they helped convince state officials to block a proposed industrial fish farm in the waters of Frenchman Bay, right next to Acadia National Park.

This week, they said they’re now gearing up for another threat, fearing that Washington state’s decision last month to ban net-pen salmon fish farming could once again increase the pressure to develop Maine’s coastal waters.

Henry Sharpe, president of the opposition group Frenchman Bay United, said he was pleased that Washington state had decided to join Alaska, California and Oregon in banning net-pen farms.

But he said he was also “deeply concerned that … others will now see Maine as an even more inviting place to build large ocean-based fish farms.”

“We hope Maine officials are paying close attention to what is happening in these places that went big for ocean-based salmon farming only to now ban it,” Sharpe said.

Washington state’s decision to get rid of its fish farms has drawn attention from both conservation groups that oppose aquaculture on environmental grounds and businesses that hail it as a safe way to increase U.S. seafood production.

Washington state had long been regarded as a leader in salmon farming, allowing it in the waters of Puget Sound for more than 30 years.

But the industry took a huge hit in 2017 when a net pen operated by Canada-based Cooke Aquaculture Inc. near the San Juan archipelago collapsed and released 260,000 nonnative Atlantic salmon.

The nearby Lummi Nation used its fishing crews to capture tens of thousands of the fish before they could breed with native salmon.

“I’m proud to stand with the rest of the West Coast today by saying our waters are far too important to risk for fish farming profits,” Franz said.

In a statement, Cooke Aquaculture said the decision did not follow either scientific or legal precedents, noting that NOAA earlier this year issued a biological opinion that found marine finfish aquaculture in Puget Sound produced “little to no negative impact on native species such as endangered salmon, orcas, or their habitat.”

The company said it would also be forced to kill 332,000 juvenile steelhead that were planned to be stocked at Rich Passage and Hope Island in 2023.

“This is a tragic outcome for fish that should have been healthy, sustainable food for our communities,” said Joel Richardson, Cooke Aquaculture’s vice president of public relations.

On the opposite side of the issue, the Center for Biological Diversity called the Washington ban “a monumental win for our fragile coastal ecosystem.”

“Without these environmentally disastrous facilities we’ll have cleaner water and better protected salmon populations, and we can restore tribal access to the areas where these facilities were operating.” said Sophia Ressler, an attorney at the center.

Under the Washington state ban, Cooke will now have until Dec. 14 to harvest its remaining fish and get rid of its facilities in Puget Sound.

Cooke’s next moves will be watched closely in Maine, where aquaculture opponents — including the state’s lobstermen — worked hard to defeat a plan by a Norwegian-backed company that wanted to build two 60-acre salmon pens in the bay next to Acadia National Park, close to the popular tourist draw Cadillac Mountain (Greenwire, Nov. 16, 2021).

Opponents claimed victory in April when the Maine Department of Marine Resources stopped its review of an application by American Aquafarms to lease 120 acres of the bay for its proposed industrial-scale fish farm. The agency said the company had failed to show that the salmon eggs it wanted to use would pose no risk of disease or contamination for wild salmon stocks.

Sharpe, who helped lead the campaign against the farm, said Cooke is currently the only company raising salmon with open net-pens in Maine, with locations from Eastport to Black Island near Mount Desert Island.

He said he wants to make sure that no other farms are allowed as Cooke and other companies begin looking for new locations away from the West Coast.

“Let’s learn from the experience of others and make sure we are doing everything we can to protect one of Maine’s most extraordinary assets — our coastal waters,” he said.