‘Battle lines are being drawn’ on climate disclosure 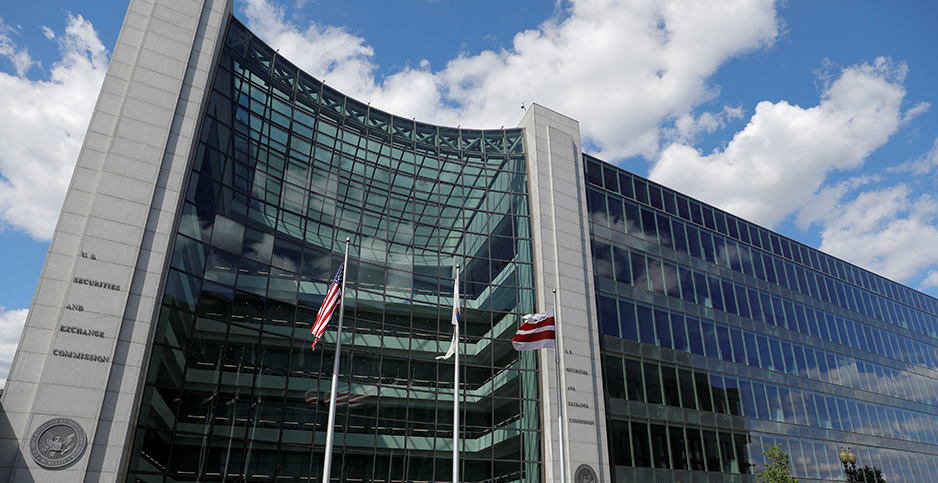 The Securities and Exchange Commission headquarters in Washington. Andrew Kelly/REUTERS/Newscom

There’s a growing consensus that the Securities and Exchange Commission has a responsibility to ensure companies are transparent about the risks they face from climate change.

But there’s far less agreement when it comes to the nitty-gritty details of how — and how aggressively — the SEC should go about doing so. Specifically, there’s a broad spectrum of opinion on what types of climate-related information businesses should provide the SEC and the format in which they should provide it.

That’s "where the battle lines are being drawn," said Alex Martin, a senior policy analyst at Americans for Financial Reform, a progressive group.

Those battle lines came into focus yesterday, which marked the end of a 90-day public comment period on the matter. The discussion officially began in mid-March, when then-SEC acting Chair Allison Herren Lee requested that the public weigh in on the issue.

Lee’s move was not the only climate-related effort she led during her brief tenure as the agency’s boss. But it was perhaps the most significant.

The step formally launched a long-awaited process to improve climate risk transparency in U.S. capital markets. It also revealed the challenges inherent to pushing corporate America to lay bare its contributions and vulnerabilities to rising temperatures.

Hundreds of comment letters submitted by trade groups, Wall Street firms, investors, technology companies and lawmakers on both sides of the aisle highlighted disagreement over several key issues that will define how the SEC’s climate disclosure rules take shape.

Principal among them is whether the agency should ask companies to report general information about how climate change could thwart their bottom lines — or highly specific metrics regarding their carbon footprints, emissions reduction plans and more.

Some groups, for instance, argued in their letters that disclosure requirements should call on companies to measure and disclose their scope 1, 2 and 3 greenhouse gas emissions. (Those are the emissions associated with an institution’s operations, electricity consumption and entire value chain, respectively.)

Among the proponents of the idea were environmental organizations; the William and Flora Hewlett Foundation; the president of Salesforce.com; Sen. Brian Schatz (D-Hawaii); and Thomas DiNapoli, the New York state comptroller.

That’s the case, DiNapoli said, because for some industries, such as oil and gas, "scope 3 is likely to represent over 80% of entire emissions." For that reason, he added, "comprehensive emissions data is essential to evaluating individual companies’ climate risks and decarbonization opportunities across their entire value chain."

Groups including the Business Roundtable and BlackRock Inc. didn’t go quite as far. They said it could make sense for the SEC to ask companies to report the carbon footprints of their operations and electricity use. But they stopped short of saying scope 3 emissions disclosures should be required — at least in the near term.

BlackRock made the argument on the basis that calculating the carbon footprint of a company’s entire value chain is nuanced, and methodologies to accurately do so "are still emerging." Consequently, the world’s largest money manager said, scope 3 information and other quantitative disclosures may need to be phased in gradually and shielded from regulatory liability.

Other groups, including influential lobbying organizations, did not zero in on specific emissions metrics. Instead, the National Association of Manufacturers and Bank Policy Institute urged the SEC to take a wholly "principles-based approach" and implement a flexible framework that could be adjusted over time and adapted to different sectors.

Georgetown Law’s Timothy Massad — who chaired the Commodity Futures Trading Commission during the Obama administration — said in an interview that a combination of both approaches could be appropriate. But he said that only would be the case if the agency provides stringent guidance to ensure disclosures are "comparable and consistent" across companies and sectors.

Emissions disclosures are far from the only issue up for debate. Other battles include whether the SEC would delegate the disclosure framework and its enforcement to a third-party group, and if climate-related requirements would be incorporated into existing financial reports that are reviewed by auditors.

Also contentious will be whether the requirements extend to private companies, and if businesses could be held liable for the contents of their disclosures.

Executives at the Edison Electric Institute and the American Gas Association were among those who said an eventual framework should not be incorporated into disclosures or subject to litigation.

That’s the right decision, they added, because sustainability-related disclosures are "at least several years" from being advanced, reliable and robust enough to be subject to the same liability structure as other financial information. The groups also noted that climate-related information often relies on future projections, which they said means it should not be held to the same standard.

The CEO of U-Haul, several Republican lawmakers and at least one state attorney general went further. They said overly prescriptive disclosure requirements would fall outside of the SEC’s mandate, would be inappropriately political and could violate companies’ freedom of speech.

"If the Commission proceeds down this pathway, States and other interested stakeholders will not hesitate to go to court to oppose a federal regulation compelling speech in violation of the First Amendment," wrote West Virginia Attorney General Patrick Morrisey (R).

Progressives, environmentalists and some companies took the opposite approach. They said climate-related information not only needs to be audited alongside other critical financial disclosures, but also should be required of both public and private companies to avoid an imbalance between the two markets.

"We’re not saying any company should tell us what should happen with climate change 20 years from now," said Steven Rothstein, a managing director at Ceres, an environmental nonprofit.

Martin, of Americans for Financial Reform, agreed. "We need the disclosures to be subject to securities law violations … filed and part of the audited financials," he said.

The SEC did not respond to a request for comment regarding the number of comment letters submitted, or what next steps it plans on the issue.

Rothstein acknowledged that the process of forging new disclosure requirements is complicated and won’t happen overnight.

But when it comes to climate, "if you win slowly, you lose," Rothstein said. For that reason, he hopes the end of the public comment period "will lead to a proposed notice of rulemaking as soon as possible."