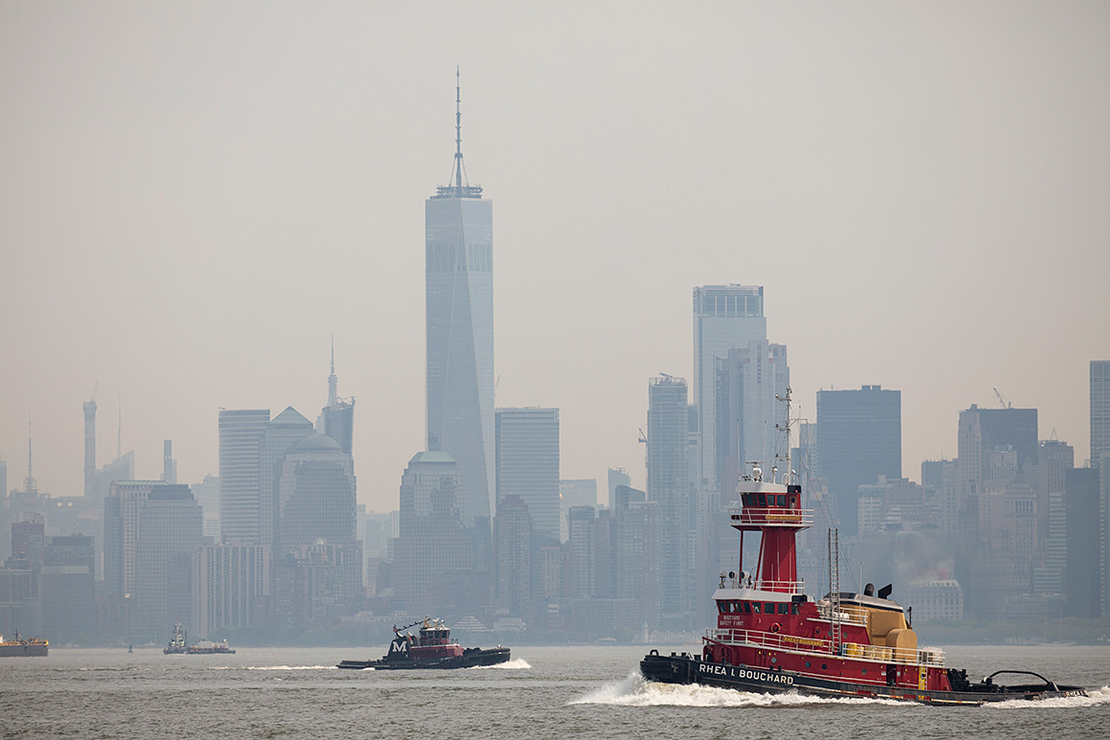 EPA Administrator Michael Regan hailed the agency’s planned strengthening of airborne soot standards as “a strong proposal,” though environmental and public health groups immediately clamored for it to be made stronger still and business organizations objected to any change at all.

Issued Friday after years of study and strife, the draft rule inches toward tighter regulation of a pollutant tied to tens of thousands of deaths annually but does not go as far as agency expert advisers recommended. It would cut the current annual exposure limit for soot from 12 micrograms per cubic meter of air to either 9 or 10 micrograms. But the proposal leaves the current daily standard — set in 2006 — unchanged at 35 micrograms per cubic meter of air.

The rulemaking is likely to be a defining part of Regan’s tenure at EPA as well as the broader quest by President Joe Biden’s administration to lessen pollution’s discriminatory impacts.

Soot is directly and indirectly spawned by sources that include power plants, refineries and diesel-fueled 18-wheelers, meaning that stricter regulations may have broad ramifications both for public health and various economic sectors in some parts of the country.

With estimated annual compliance costs that could reach almost $400 million if EPA opted for a 9-microgram standard, the agency projects health benefits as high as $43 billion, with up to 4,200 premature deaths avoided by 2032, according to an accompanying regulatory impact analysis. Both the expected health gains and the costs would rise substantially if the agency opted for a tighter 8-microgram standard, the forecast shows.

The draft rule is “steeped in the latest science and protective of people’s health,” Regan told reporters in a conference call held in advance of the proposal’s release, adding that the agency will also seek public feedback on more stringent options.

Joining him on the call was Doris Browne, a past president of the National Medical Association, which represents Black physicians and their patients. The proposal marks the start of changes “that will have a lasting impact,” Browne said, particularly in communities of color and other areas disproportionately affected by soot exposure.

Last summer, however, more than 100 other groups had urged Regan to cut both the annual and daily soot limits to the lowest levels recommended by an EPA advisory committee (E&E News PM, July 11, 2022). In a flurry of news releases on the heels of the proposal’s release Friday, some voiced dismay that the draft falls well short of those targets.

Even as EPA forecasts that a stricter annual limit would ultimately prevent thousands of premature deaths, the agency has “left thousands of lives unprotected, particularly lives in historically overburdened communities,” said Margie Alt, director of the Climate Action Campaign.

But at the U.S. Chamber of Commerce, a senior official called for the existing standards to be left in place.

“While it is important to continue making progress, we are concerned that the proposed regulation would stifle manufacturing and industrial investment and exacerbate permitting challenges that continue to hamper the economy,” said Chad Whiteman, vice president of environment and regulatory affairs at the Chamber’s Global Energy Institute.

Soot is technically known as fine particulate matter or PM2.5 because microscopic specks or droplets are no bigger than 2.5 microns in diameter, or one-thirtieth the width of a human hair. Largely because of its ability to penetrate deep into the lungs and sometimes even reach the human bloodstream, the pollutant is tied to a growing array of health effects, including lung cancer, nonfatal heart attacks and early death in people who already have cardiovascular or respiratory ailments.

Research commissioned by the Environmental Defense Fund last year estimated that exposure killed 120,000 people annually in the United States, with the death rate three times higher for Blacks than for whites (Greenwire, June 6, 2022).

A decade has passed since EPA last tightened its exposure standards; the new proposal would overturn a bitterly contested Trump-era decision to leave those limits unchanged. Soon after joining EPA in 2021, Regan launched a do-over, citing evidence that the status quo failed to adequately protect public health, particularly among people of color and in low-income communities.

The agency’s current regulatory framework sets the annual exposure standard at 12 micrograms per cubic meter of air, accompanied by a daily threshold of 35 micrograms. A microgram is a millionth of a gram. The new proposal would cut the annual limit to 9 to 10 micrograms and leave the daily standard untouched.

While in keeping with the findings of EPA career staff, the latter provision runs counter to the conclusions of most members of EPA’s Clean Air Scientific Advisory Committee, a group of outside experts that urged a cut to between 25 and 30 micrograms (Greenwire, Feb. 7, 2022). The majority also recommended a reduction in the annual limit to between 8 and 10 micrograms.

Before settling on final numbers, EPA will seek public input on the possibility of slicing the daily limit to the 25 micrograms threshold, Regan said on the conference call, and will take feedback on the options of setting the annual standard as low as 8 micrograms or as high as 11.

“So there’s no predetermined outcome here,” Regan said. A decision is expected later this year.

Whatever the outcome, it is sure to be challenged in court in a legal fight that could last through the rest of Biden’s current term, if not longer.

“Today’s proposal gets us closer to where we need to be — but the problem is urgent and the solution is long overdue,” said Desikan, senior analyst at the liberal-leaning organization’s Center for Science and Democracy. “EPA needs to act quickly, follow the science and finalize the strongest possible rule.”

Like the scientists group, the American Petroleum Institute has closely tracked EPA’s handling of soot regulations, but from the opposing corner.

The current limits “are effective and will continue to build on significant improvements in air quality while protecting public health,” said Will Hupman, the institute’s vice president of downstream policy. “There is no compelling scientific evidence or requirement under the Clean Air Act to support more stringent PM standards that would likely place new regulatory and cost burdens on state and local governments, businesses, and the public.”

On Capitol Hill, immediate reaction was muted given the Republican stalemate over election of a speaker. In the Senate, Environment and Public Works Chair Tom Carper (D-Del.) praised the proposal.

“For decades, we have seen soot-causing air pollution lead to serious health problems across our country,” Carper said. “Fortunately, EPA is finally taking action to strengthen these clean air standards.”

Under the Clean Air Act, particulate matter is among a half-dozen pollutants subject to National Ambient Air Quality Standards that EPA must periodically revisit in light of the latest research into their health and environmental effects. The agency’s latest review effectively got underway in 2015 but was later swept up in controversy after then-President Donald Trump’s administration accelerated the timetable for completion and appointed a slate of members to the Clean Air Scientific Advisory Committee headed by a onetime industry consultant.

In 2021, Regan replaced most of those members in what was dubbed a “reset” as part of the effort to launch the reconsideration of the Trump-era decision to leave the standards unchanged.

Once the newly proposed rule is published in the Federal Register, it will carry a 60-day cutoff for written comments. EPA also plans to hold a virtual public hearing.