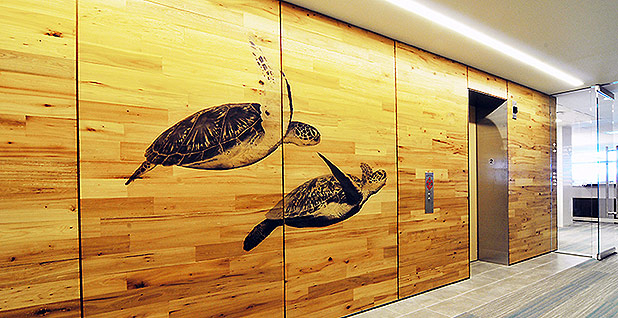 Heavy hitters and activists have lined up in a fight over Fish and Wildlife Service mitigation policies, showcasing how just a few words can expose very high stakes.

On one side: the National Mining Association, Southern California Edison and the American Farm Bureau Federation, among others.

On the opposing side: environmental groups including Defenders of Wildlife, the American Bird Conservancy and the Western Watersheds Project.

In the middle: the Fish and Wildlife Service, which might revise Obama-era environmental mitigation policies. In particular, the agency has raised the possibility of dropping "net conservation gain" as the overall mitigation planning goal.

Now the dispute has entered a new phase as officials sort through hundreds of deeply conflicted public comments, working out a final answer to a problem that’s much more than simply rhetorical (Greenwire, Jan. 4).

"We are disappointed that this common-sense policy is being considered for revision," the American Bird Conservancy wrote Jan. 5, adding that the Obama standard "had great potential to enable federal managers to foster wildlife and habitat conservation, to avoid the loss of irreplaceable resources, and to encourage private investment in the restoration of natural resources."

"Mining operators are already subject to mitigation requirements disproportionate to harm imposed by projects and expanding those requirements to include conservation gains separate and apart from projects being considered places an unjustifiable burden on land users," the organization stated.

The clashing Jan. 5 assessments came on the final day of a 60-day public comment period, which the Fish and Wildlife Service initiated in November. As often happens, the most detailed and professional comments arrived at the end, joining earlier missives that sometimes missed the mark.

"Wildfires are the toxic carbon polluters of emissions in air and water, not oil or gas," one early, anonymous commenter warned.

The Fish and Wildlife Service’s current mitigation planning goal is to improve or, at a minimum, maintain the status of affected resources when considering permits and projects. The former is called a "net gain" and the latter a "no net loss" policy.

As part of the Trump administration’s broader deregulatory approach, FWS said in November it would consider "whether to retain or remove net conservation gain as a mitigation planning goal within our mitigation policies" (E&E News PM, Dec. 14, 2017).

Energy companies and others that have already demonstrated their influence with the Trump administration applauded the potential change. The Colorado Department of Agriculture, Associated General Contractors of America and the Wyoming Stock Growers Association, among others, likewise weighed in to make the same point.

"Unfortunately, a ‘net conservation gain’ goal lacks predictability and potentially conflicts with other federal policies," Southern California Edison wrote, adding that "determining a net conservation gain is subjective and would be left up to the discretion of service staff."

The Fish and Wildlife Service says it will now "determine whether and how to revise the policies in response to the public input."