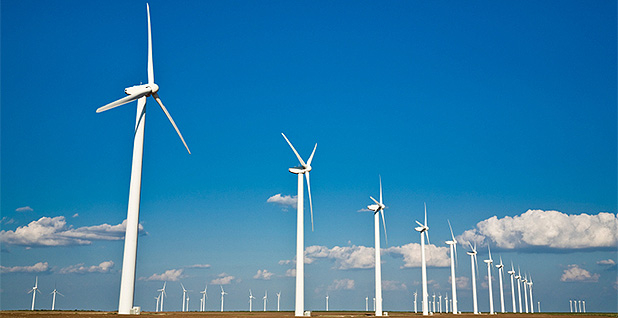 A new decade will give rise to an old debate over a project promising to bring cheap wind energy to Eastern states.

At issue is the Grain Belt Express, a proposed 780-mile transmission line stretching from southwest Kansas to the eastern edge of the PJM Interconnection grid in Indiana. Next month, the dispute over whether it should be built or not will resurface in Missouri, when the Legislature convenes.

The $2.5 billion direct-current transmission line has been vetted by utility regulators in three states. It has been the subject of legal challenges in two of them, and the sale of the project by Clean Line Energy Partners LLC to Chicago-based Invenergy LLC is pending.

Through all of it, one constant has been a deep divide between supporters who cite the promises of cheap wind energy, jobs and taxes, and opponents of the project who argue developers shouldn’t be given the power of eminent domain to condemn private property for an unnecessary project.

Unlike interstate pipelines, for which the federal government has siting authority, states oversee electric transmission.

For years, many of the same issues and arguments have made their way from the Public Service Commission to the courts. Next month, the dispute will heat up at the Missouri State Capitol.

After years of hearings and testimony, the Missouri PSC last year granted developers a certificate to move forward with construction, designating the company as a public utility that has the right to pursue the use of eminent domain to secure right of way for the line (Energywire, Feb. 28).

Within a matter of weeks, the state House of Representatives passed a bill that would block the project by stripping developer Invenergy of the right to use eminent domain (EnergyWire, April 18). The bill stalled in the Senate during the final days of the session.

State Sen. Ed Emery (R), a member of the Commerce, Consumer Protection, Energy and the Environment Committee, said identical bills already pre-filed in the House and Senate would emerge as key energy issues in 2020.

"I’m reluctant to remove that jurisdiction from the PSC," he said in an interview with E&E News last week. "Eminent domain is an element of property rights."

The Missouri Joint Municipal Electric Utility Commission, which has agreed to purchase transmission capacity on the Grain Belt Express for delivery of wind energy from southwest Kansas, will make it a priority to ensure legislation doesn’t undo the PSC’s approval of the project, said Ewell Lawson, vice president of the Missouri Public Utility Alliance, the commission’s parent organization.

The commission estimates that the 350,000 customers served by utilities in more than three dozen Missouri cities where it supplies power would save an estimated $12.8 million annually on energy delivery if the Grain Belt Express is completed.

Beside the energy delivery cost savings, he said the project represents a $500 million investment in new infrastructure that will bring host communities $7 million in annual tax revenue.

Two Missouri landowner groups — the Eastern Missouri Landowners Alliance and the Show Me Concerned Landowners — say whatever benefits there are shouldn’t come at their expense.

The groups and the Missouri Farm Bureau appealed the PSC’s decision to approve the project in court.

In an appeal to the Missouri Court of Appeals for the Eastern District, the groups challenged evidentiary rulings and whether the PSC has jurisdiction to grant developers a certificate of convenience and necessity to build the line.

In a 19-page opinion issued Tuesday, judges voted 3-0 to deny the appeal and affirmed the commission’s order.

An Invenergy vice president didn’t comment on the ruling or provide further details on the status of the project except to say that it expects a ruling soon by Indiana regulators on the sale of the project paving the way for the final acquisition.

Blake Hurst, president of the Missouri Farm Bureau, said in a statement that he "vigorously" disagrees with the court ruling. "Investors who want to negotiate rates privately and enter into contracts to sell electricity to the highest bidders should not be able to condemn land in order to build their dream project," he said.

Jennifer Gatrel, a spokeswoman for Block Grain Belt Express, a group that includes landowner opponents, was also disappointed by Tuesday’s court ruling. But she maintains that project developers face significant obstacles ahead.

Those obstacles include another lawsuit by the Eastern Missouri Landowners Alliance challenging the PSC’s approval of the sale of the Grain Belt Express to Invenergy. That case is still pending in the court’s western district.

Developers also need to seek approval in Illinois, where an appellate court sent approval of the Grain Belt Express project back to state regulators in 2018.

That ruling echoed a lower court ruling that the Illinois Commerce Commissions wrongly approved the project under an expedited review process that’s intended for public utilities. Because developers didn’t own assets in Illinois, the merchant transmission developer is categorized as a nonpublic utility.

The Illinois Supreme Court earlier issued a similar ruling in a case involving a sister project, the Rock Island Clean Line, that was ultimately fatal to the project.

While Missouri’s Supreme Court previously ruled that the county approvals aren’t a prerequisite for the PSC’s granting approval to build the line, the developer must get county officials to sign off before starting work.

St. Louis-based Ameren Corp. last year filed lawsuits against five Missouri counties on grounds that they failed to give the utility needed approvals to construct the 100-mile Mark Twain transmission line through northeast Missouri. The cases were ultimately dropped after Ameren agreed to changes in the line’s route.

While counties that would be crossed by the Grain Belt Express years ago signed off on the project, at least one county rescinded its approval, and another was invalidated in court.

Gatrel said she’s confident that leaders of at least some of the affected counties sympathize with landowner opponents and will say no to the project again.

Whether Grain Belt Express developers give in or the approval process drags on for years to come, Gatrel said the landowner opponents refuse to give in.