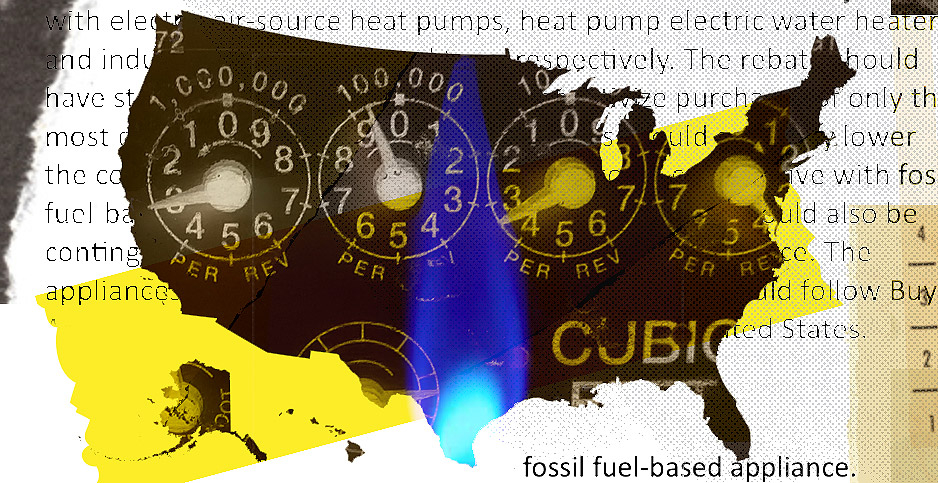 Massachusetts officials are trying to revive what would be the East Coast’s first ban on natural gas in buildings, months after the state attorney general struck it down.

In the Boston suburb of Brookline, town legislators voted last week to ask the state Legislature for the right to impose local prohibitions on gas infrastructure. That followed an identical measure passed last month in the town of Arlington, which had previously contemplated similar gas bans.

The votes serve as both towns’ response to the July defeat of Brookline’s gas ban, which outlawed gas-powered space heating and hot water in new constructions. Brookline had been the first outside California to pass such a ban, but the Massachusetts attorney general’s office ruled this summer that the town’s bylaw would contradict state building codes, effectively killing it (Energywire, July 24).

"We’re basically asking the state Legislature to overrule that [decision from the attorney general]," said Lisa Cunningham, co-sponsor of the Brookline gas ban and an elected official on the Brookline Town Meeting, the town’s legislative body.

The aim is to make Massachusetts more like California, where energy officials grant towns and cities much greater latitude to pass building codes requiring electric technologies for heating and cooking. Several dozen California municipalities have placed such restrictions on gas infrastructure, including San Francisco and other large cities, in a policy intended to reduce greenhouse gas emissions.

The towns’ votes, which passed by a wide margin in both cases, trigger a process that culminates in a formal petition to the state Legislature for a unique exemption from existing state laws. One local state lawmaker, Rep. Tommy Vitolo (D), has pledged to sponsor a bill that would grant such special treatment.

A bill would likely face long odds in the Legislature, though, where a comprehensive climate and clean energy package remains stuck in committee. It could also reignite opposition from builders, fossil fuel groups and others who denounced Brookline’s original ban in 2019 and celebrated its July defeat as a "major victory."

"These towns are trying to go around their state laws by stepping on the 1.5 million customers in Massachusetts who are relying on natural gas for affordable energy in this pandemic-ravaged economy," said Frank Maisano, a senior principal at Bracewell LLP who works with gas industry clients.

Audrey Casey, a spokesperson from the American Public Gas Association, said the restrictions on natural gas favored by towns in Massachusetts and California were part of a "heavy-handed, unproven approach" to reducing greenhouse gas emissions. "This type of one-size-fits-all electrification policy would require appliances to be replaced and electric infrastructure to be upgraded, placing the burden of higher energy bills on consumers while limiting their ability to choose the energy source that works best for their family and budget," she wrote in an email to E&E News.

Backers of the Brookline gas ban, however, see their policy as "low-hanging fruit" for climate action, since it would let existing homes keep their gas fuel. And they hope the recent votes in Brookline and Arlington will be the first of an incoming wave from towns in Massachusetts, where the Rocky Mountain Institute, a national clean energy advocate, is helping organize locals.

Petitioning the state Legislature could also encourage other officials to undertake more aggressive action against natural gas, said Cunningham. Massachusetts, which by law must reach net-zero CO2 emissions by 2050, is one of at least four states where utility regulators have opened probes into how the use of natural gas may have to change in order to accommodate climate goals.

"Our intent is to get enough towns and cities to petition the state Legislature to get them to enact some statewide action around electrification. It’s a long game plan," said Cunningham.

Anti-gas building policies are also emerging from municipalities outside Massachusetts and California. Last week, Seattle Mayor Jenny Durkan said she planned to propose a bill that would ban fossil fuel heat for commercial buildings and multifamily apartments, following the failure of a separate bill last year that aimed at gas use in single-family homes (Climatewire, Dec. 7).

In New York state, 174 local officials signed a letter to utility regulators at the Public Service Commission that expressed support for a transition to all-electric buildings, while punctuating it with a call for guidance from energy officials.

"Chaotic situations," like a moratorium on gas connections temporarily declared last year by utilities around New York City, could impose extra costs on residents and governments, the letter’s signatories said.

"We whole-heartedly support this proceeding," they wrote, but cities will need help planning ways to avoid "costly retrofits, stranded assets, and crises due to gas moratoria."

"It is incumbent upon the [Public Service Commission] to enact a well-researched, comprehensive plan to align New York’s gas utilities" with the state’s climate goals, they added.