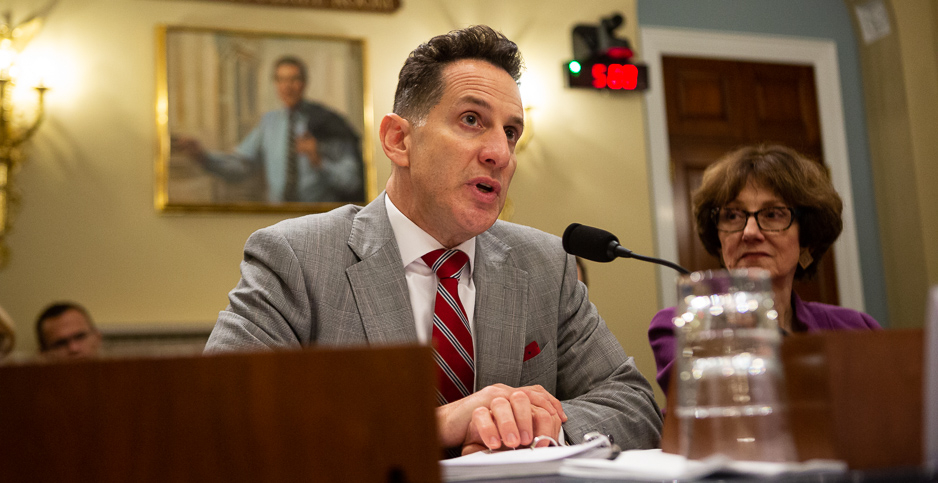 In a report issued last week concerning former Interior Secretary David Bernhardt, and in an earlier report concerning his predecessor, Ryan Zinke, Interior’s Office of Inspector General investigators said they were unable to secure testimony from either man.

“After he left the DOI in January 2021, Mr. Bernhardt declined to participate in a voluntary interview with our office without special conditions that were not consistent with our interviewing policies and practices,” the OIG reported last week (E&E News PM, May 19).

The investigators added that “various current and former congressional staff [also] declined our requests for interviews” and said the reported resistance hindered the OIG’s ability to reach a definitive conclusion concerning allegations about Bernhardt’s lobbying on behalf of a California water district.

This could change, under legislation backed by the Council of Inspectors General on Integrity and Efficiency, known as CIGIE. The bill, H.R. 2662, would among other provisions provide all IGs with testimonial subpoena power covering former employees.

Interior’s IG, Mark Lee Greenblatt, is co-chair of CIGIE, which along with several lawmakers from both parties has pushed for the additional subpoena power for a number of years, as the investigative limits periodically crimp inquiries.

But in an email today to E&E News, Bernhardt stressed that the law authorizing inspectors general, while omitting some powers, provides appropriate authority to investigators. This includes, if deemed necessary, the ability to refer cases to those with full subpoena clout.

“The existing act tried to strike a balance by establishing a duty of the IG to report ‘expeditiously to the Attorney General whenever the IG has reasonable grounds to believe there has been a violation of federal law,’ and then the AG can decide if and whether the matter merits utilizing the full law enforcement authority of the U.S. to examine the matter further,” Bernhardt wrote.

“It is unfortunate that Inspector General failed to note the Secretary’s efforts despite a stated policy of ‘refer[ring] to the nature and extent of an individual’s cooperation’ in its report,” Onorato said in an email to E&E News. “The Secretary provided the Inspector General with a 26-page submission on this inquiry which proved that he was fully compliant with the law … indeed, Secretary Bernhardt noted his willingness ‘to address any questions in writing, or in a voluntary interview,’ for a reasonable amount of time.”

Still, in some ways, the alleged difficulties confronting investigators seemed to echo an earlier, unrelated, investigation into Zinke’s real estate activities in his hometown of Whitefish, Mont.

“Secretary Zinke, his wife, and the [real estate] project developers, through their attorneys, declined our requests for an interview in this matter,” the OIG reported, adding that “because we do not have testimonial subpoena authority, we could not compel the testimony of any of these individuals.”

Although agency employees are “generally required to speak” with the departmental watchdogs, the OIG noted that Zinke “had already resigned as Secretary of the Interior at the time we contacted him” about arranging an interview.

A spokesperson for Zinke declined to comment on the issue today.

The challenges involved in securing testimony aren’t unique to Interior.

The Justice Department’s OIG, for instance, was unable to obtain cooperation from potential witnesses in its review of the infamous “Fast and Furious” gun-running operation, while the Department of Housing and Urban Development OIG was unable to interview a former official in a review of disaster recovery funds appropriated to Puerto Rico following Hurricanes Irma and Maria.

The Inspector General Act gives the various inspector general offices “timely access to all records … or other materials” relating to agency programs or operations and further states that no “information” requested by the IG may be “unreasonably refused or not provided.”

Currently, though, the Defense Department’s Office of Inspector General is one of the few that’s authorized to issue testimonial subpoenas.

“Any good investigator will tell you that a thorough investigation requires reviewing documents and witness testimony, and then cross-checking them against each other,” Clark Earvin, a former IG with both the departments of State and Homeland Security, told a House panel last year.

The lack of expansive subpoena power for the Interior IG has come up previously for Greenblatt’s office.

In 2017, for instance, the apparent disinterest of Republican Sens. Lisa Murkowski and Dan Sullivan prompted Interior’s then-Deputy Inspector General Mary Kendall to conclude that further investigation into Zinke’s alleged political pressure on Murkowski over the Affordable Care Act would be “unproductive.”

“Given that both senators have declined to be interviewed or give a statement, the OIG does not believe that it could meaningfully investigate the matter further,” Kendall advised two senior House Democrats in her one-page letter (E&E Daily, Aug. 4).

But while H.R. 2662 passed the House last June by a 221-182 margin, some lawmakers have cautioned against extending the IGs’ reach.

“I am concerned about the likelihood that the subpoena power could be used for entirely political purposes, including calling former administration officials to testify on subjects unrelated to waste, fraud and abuse,” Rep. Yvette Herrell (R-N.M.) declared last year.

Another GOP lawmaker, Rep. James Comer of Kentucky, added during House debate that “this authority would enable new Biden-appointed inspectors general to subpoena former Trump administration officials under the guise of any investigation, regardless of the real purpose for the investigation.”