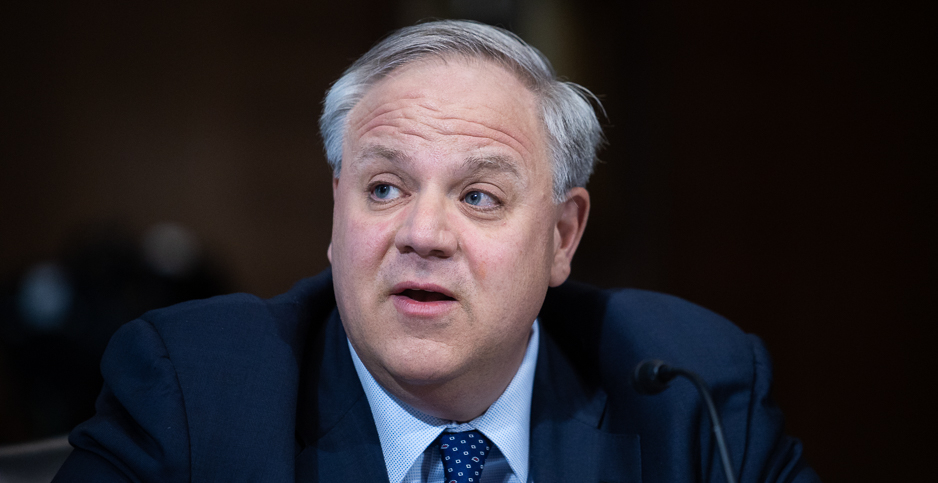 The Interior Department is seeking to make sweeping changes to how Land and Water Conservation Fund dollars can be spent in what critics say is tantamount to a rewrite of the Great American Outdoors Act.

It’s the latest chapter in the ongoing saga over the administration’s rocky implementation of its signature conservation law enacted in August.

A new order from Interior Secretary David Bernhardt, published this afternoon, would, among other things, essentially give state and local jurisdictions veto power over how communities spend and match grants through the LWCF, which funds access to recreation in states and federal land acquisitions.

"A written expression of support by both the affected Governor and local county or county government-equivalent (e.g. parish, borough) is required for the acquisition of land, water, or an interest in land or water under the Federal LWCF program," the order reads.

This directive would particularly benefit Western leaders who feel the federal government owns too much land in their states, and there had been rumors over the past few weeks that such a "gift" to Western critics of the Great American Outdoors Act would be coming down the pike.

The new mandate echoes an amendment put forth by Utah Republican Sen. Mike Lee when the Senate debated the Great American Outdoors Act over the summer, which called for state legislatures to approve any new land acquisitions in their respective states, "so that land acquisition would be something Washington does with the states rather than to the states."

Lee’s office did not immediately respond to a request for comment. It is not clear whether there was coordination between the senator and the Interior Department in drafting the order.

The order also instructs agencies housed by Interior to make all "LWCF expenditures for acquisition of interests in land and water" consistent with the "account, program, and project allocations established by the President."

This would be an especially troubling development for conservation advocates who noted Interior’s new list of LWCF projects to be prioritized in fiscal 2021 ran afoul of statute and undermined a long-standing commitment to protect public lands overseen by the Bureau of Land Management.

It would also likely further inflame congressional appropriators who threatened earlier this week to take over the allocation of LWCF dollars if the administration would not meet deadlines to submit lists that complied with the law (E&E News PM, Nov. 10).

The Great American Outdoors Act permanently and fully funded the LWCF at $900 million annually, plus created a trust fund to drive down a $20 billion backlog of deferred maintenance projects at national parks and on public lands.

In the order today, Bernhardt explained that "the enactment of the Great American Outdoors Act … amendments to the LWCF necessitate a review of the State Program Manual to make certain that States have the maximum flexibility to receive financial assistance, and to exercise discretion in their recreational projects under the State Program."

"[The] LWCF has worked well for decades. The only people who seem to want to change it are a few people in the Department of the Interior, but they don’t have the authority to rewrite the laws," Cors said in a statement to E&E News.

"They’re trying, but Congress made it clear this week that they see what’s going on here too, and they’re not going to stand for it," he said.