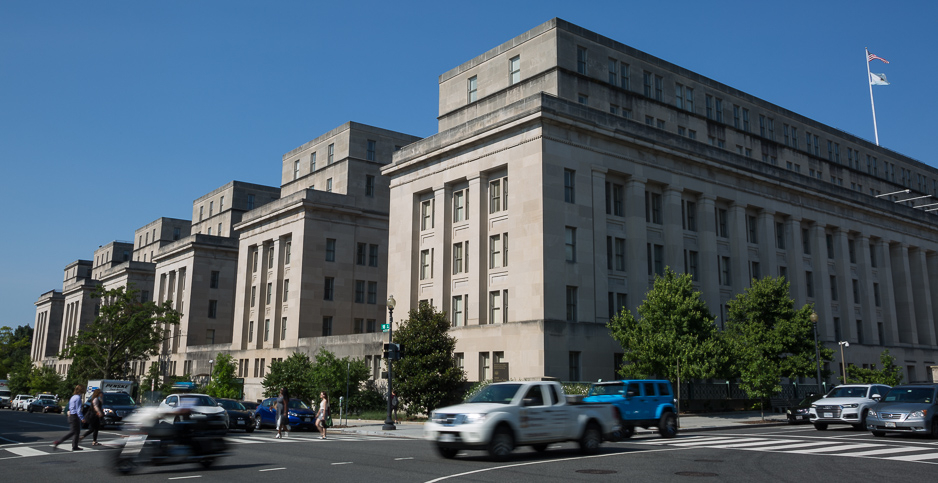 Interior Secretary David Bernhardt yesterday intensified his agency’s internal response to the coronavirus pandemic, ordering employees across the nation to work from home for the foreseeable future.

"I continue to be humbled by the strength, commitment, and resiliency demonstrated by our employees," he continued. "Now more than ever, it is important that we stand tall for the American people. Thank you for continuing your hard work and service."

The order significantly expands a directive issued less than a week ago that urged Washington-area workers to telework. The new mandate applies to every region, bureau and office, and all department employees (Greenwire, March 17).

Those who do not qualify for immediate telework and are not performing "critical" functions will be placed on a paid "weather and safety leave" for up to two weeks.

"The overall take home of memo is that the Secretary has ordered all agency employees doing work non-mission critical to work from home," Fish and Wildlife Service spokesman Brian Hires said in an email. "We have clearly defined these terms, engaged local leadership and all employees over weekend."

An emergency planning guide for agency supervisors outlines a six-phase operation plan, ranging from normal operations to those in which the Centers for Disease Control and Prevention have identified a pandemic.

An Interior spokesperson told E&E News on Friday that the department is now operating under an elevated response that includes an "essential functions staffing plan."

"The health and safety of our employees and the public remains our top priority," Interior’s spokesperson said in a statement. "We are implementing mitigation strategies based on guidance provided by [the Department of Health and Human Services] and in coordination with state and local health authorities, and have determined the current level to be at 2A (aggressive containment) with some measure of 2B (community mitigation)."

The community mitigation steps include canceling "unnecessary" or non-mission-critical travel and large public gatherings, as well as increasing telework.

Even before the pandemic, Interior had many employees working remotely. Of about 68,000 department employees in September 2017, 10,357 were teleworking at times, according to the Office of Personnel Management.

Interior’s teleworkers, in the time before the novel coronavirus, included those who worked from home several days a week or as infrequently as once a month, as well as those who did so as situations warranted.

Until now, Interior’s telework policy, updated in 2019, stated that "teleworkers must physically report to the regular work site at least two full work days per bi-weekly pay period, except for rare short-term circumstances or as a reasonable accommodation."

"Given the value and importance of their interpersonal interactions with staff, supervisory positions are not suitable for core telework," Interior’s pre-pandemic policy observed.

But emergency plans prepared for the current outbreak note that the situation is considered an exception.

"A public health emergency, such as COVID-19, is an example of a rare, short-term situation that would temporarily exempt employees from reporting to the official duty station twice a pay period," the plan states.

"Experience the unique and comical courtship dance of the Attwater’s Prairie-Chicken in its natural habitat," the festival’s brochure had invited.

Another Texas site, the Neches River National Wildlife Refuge, canceled an Earth Day program, while FWS officials in Idaho are coordinating with the National Junior Duck Stamp Art Contest to postpone the annual competition. They are also looking into ways to possibly host the event online.