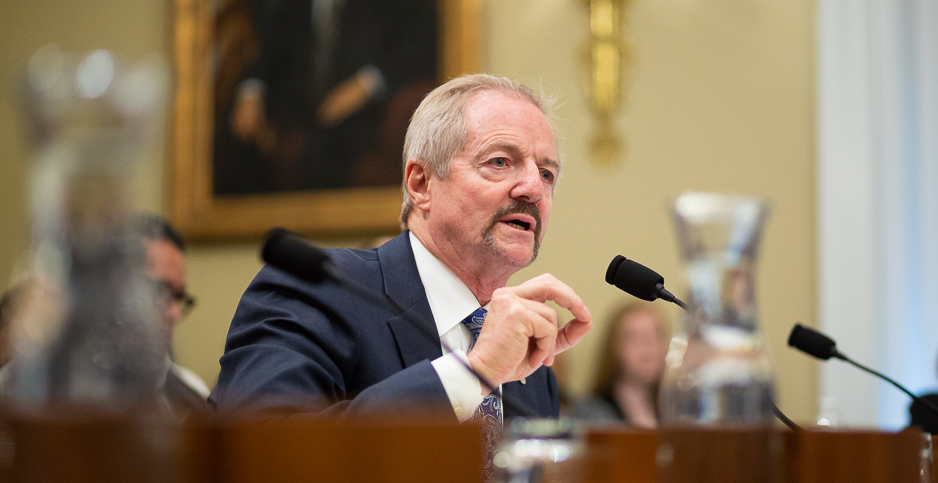 William Perry Pendley will continue his stint as acting chief of the Bureau of Land Management through April 3.

Interior Secretary David Bernhardt today signed an amended secretarial order that allows Pendley to continue "Exercising Authority of the Director" for another 90 days.

Bernhardt originally granted Pendley, who is also BLM’s deputy director of policy and programs, the authority to perform the duties of the director on an acting basis back in July. The secretary signed a second order extending Pendley’s tenure as acting director on Sept. 30 (Greenwire, Oct. 1, 2019).

The Senate Energy and Natural Resources Committee approved MacGregor’s nomination in November. But Florida Sen. Marco Rubio (R) last month put a hold on her nomination out of concerns he had over oil and gas drilling off his state’s coastline. Rubio has since lifted that hold (E&E Daily, Dec. 17, 2019).

But Pendley is the subject of most of the public attention.

Rumors have circulated for months that Trump could nominate Pendley for the Senate-confirmed position of permanent BLM director. Trump has yet to nominate anyone for the position in three years. Pendley is the latest in a long line of acting directors.

Pendley — a lightning rod of criticism for his past work as a conservative lawyer and his past statements against federal landownership — has said publicly that he would welcome the nomination (Greenwire, Nov. 11, 2019).

"With the extension until April, it seems unlikely that there will be a nominated and confirmed director before the election," said Shepard, who retired in 2012 after a 38-year career at BLM.

"I’m sure this is not what Congress had in mind" when it approved the Federal Land Policy and Management Act and other laws pertaining to BLM, he added.

Representatives with the Interior Department and BLM did not respond to a request for comment on this story in time for publication.

The bureau is currently undergoing one of the largest transitional periods in recent history, as BLM is moving its Washington, D.C.-based headquarters to Grand Junction, Colo., and more than 200 other D.C.-based positions to state offices across the West.

Pendley is expected to rotate back and forth between the new headquarters in Grand Junction and Washington on two-week rotations with Mike Nedd, BLM’s deputy director of operations, until the new office is fully operational later this year (Greenwire, Dec. 19, 2019).

Most D.C.-based BLM staffers are not expected to permanently relocate to Grand Junction or other state offices, according to numerous sources.

BLM has not released any formal numbers. But Pendley has said it appears that nearly two-thirds will accept the relocation assignment (E&E News PM, Dec. 20, 2019).

Sources have told E&E News that the exact numbers of those who are leaving may not become clear for weeks, as many are scurrying to find other jobs in the D.C. area and are attempting to buy time without having to move.