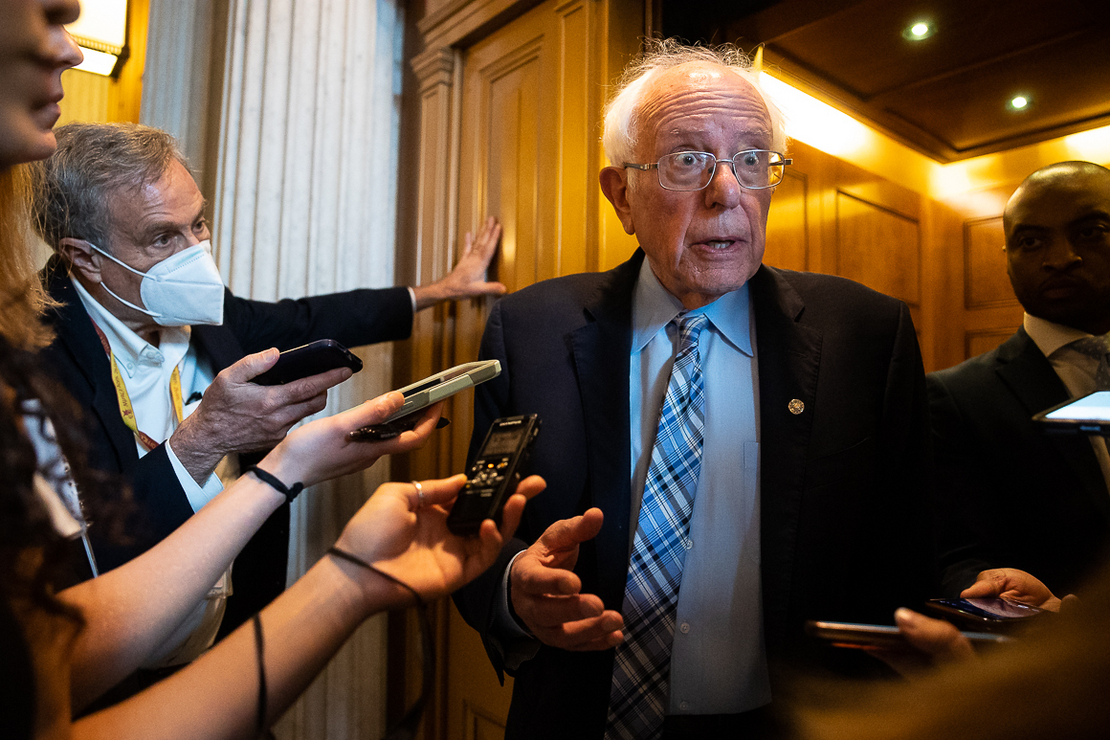 A political gamble Vermont Sen. Bernie Sanders made more than two years ago has positioned him now for a lead role in writing what could be the largest climate bill in the nation’s history.

In late 2018, the iconoclastic Democratic socialist frustrated greens and surprised some in his own party when he passed up the top Democratic slot on the Energy and Natural Resources Committee, where they hoped he would try to constrain the clout of fossil fuel companies.

Instead, the third-term senator opted to stay on the Budget Committee as ranking member, knowing that if Democrats took control of the Senate and White House, he would become chair and could potentially oversee sweeping budget reconciliation legislation with a strong environmental focus.

“He made a pretty good bet deciding to take the Budget Committee,” said Sen. Chris Van Hollen (D-Md.), who serves on the panel with Sanders.

Indeed, Senate Democrats this week announced a $3.5 trillion reconciliation bill that would contain several major climate proposals, including a clean electricity standard, a crackdown on fossil fuel subsidies and a new civilian climate corps (E&E Daily, July 15). Sanders called it the “most significant effort the country has ever seen” on climate.

Sanders first laughed and grinned when asked by E&E News this week about his earlier decision to stay on the Budget Committee amid criticism from green groups. He then added, “I am very lucky to be in an important and pivotal position at this moment in history. … So yes, I am delighted.”

G. William Hoagland, senior vice president of the Bipartisan Policy Center and a budget expect, agreed that Sanders is having a “big impact” right now because he’s drafting the budget reconciliation instructions that Senate committees will use to draw up their legislation. It will set spending and revenue goals for several committees, among them ENR.

Hoagland said some of Sanders’ influence will shift to the authorizing committee chairs as they write the bills. But he noted that Sanders will have another chance to shape the process when the measures are packaged together and head back to the floor, where as Budget chair, he will manage what’s likely to be a fierce debate.

“Personally, I think [ENR Chairman Joe] Manchin will have something to say about reconciliation that might not jibe with Sen. Sanders,” Hoagland added.

A Manchin-Sanders showdown would in some ways be a replay of two years ago, when Democrats were sorting out who would lead ENR.

Environmental groups and progressives wanted Sanders, a longtime ally with seniority, to take the Senate’s top energy policy post rather than have it go to West Virginia Democrat Manchin, a coal ally who in the past had fought against cracking down on emissions.

Oil Change U.S. called Manchin “the wrong choice at the wrong time.” Other environmental groups launched “anybody but Joe” campaigns. But the West Virginian still got the job that became a chairmanship when Democrats won control of the Senate last fall.

Despite frustration that Sanders did not take ENR, green groups heaped praised on him this week and said they are thrilled to have him as Budget chair. None wanted to revisit their disappointment from two years ago.

“It’s been fantastic to see Sen. Sanders leading the charge as chair of the Budget Committee to end fossil fuel subsidies in the reconciliation process,” said Collin Rees, a senior campaigner for Oil Change U.S.

Melinda Pierce, the legislative director of the Sierra Club, said Sanders not only is an “incredibly effective advocate” on climate issues but also has a “deep understanding” of congressional process and procedure that will help him push the reconciliation bill through a 50-50 Senate.

Sanders also could play a valuable role in selling the deal to progressives, many of whom had hoped for a plan that would provide at least $6 trillion in new spending over the next decade.

Rep. Pramila Jayapal (D-Wash.), the chair of the Congressional Progressive Caucus, said Sanders has been “hugely influential” in making sure progressive priorities are in the bill like a CES. She said the two talked regularly and were in agreement on what they wanted in the legislation.

“He’s just been a tremendous leader and champion on getting to that $3.5 trillion,” said Jayapal. “There’s no question that he and I would have liked a much higher number.” Still, she and other progressives could push for more spending once the deal heads to the House.

Sanders insists he was not anticipating reconciliation when he opted to stay at Budget, a move many at the time thought aligned with his plans to run for president in 2020. The Budget Committee offers lawmakers a venue to talk about nearly any aspect of the government — from climate change to entitlement programs.

Sen. Martin Heinrich (D-N.M.), a senior ENR member, said the power of the Budget chair tends to ebb and flow, but said Sanders is holding the reins at a time when the position is “incredibly influential” with a reconciliation package moving.

He added: “I’m glad he’s there, and I am glad he’s put a real emphasis on climate.”

Rep. Ro Khanna (D-Calif.), a progressive ally of Sanders who backed both his 2016 and 2020 presidential campaigns, is not surprised that the Vermonter is now steering the Biden domestic agenda through Congress. “He’s always been underestimated, especially how tactically and strategically savvy he is,” Khanna said.

Sara Chieffo, vice president for government affairs at the League of Conservation Voters, agreed and said she believes Sanders remained on the Budget Committee knowing it could help him to advance broad climate and environmental justice goals. “He been playing the long game for the moment we are in now,” she added.

Sanders has spent nearly five decades in politics and for many of those years was seen as more a novelty, an avowed socialist who had made it to Congress, than a formidable legislator.

He lost a 1974 race to Sen. Patrick Leahy (D-Vt.) by 45 percentage points before finding electoral success as a mayor of Burlington and then winning the state’s lone House seat in 1990.

First known on Capitol Hill for his wild hair, Brooklyn accent and rumpled fashion sense, Sanders became a leading progressive voice in the House who helped found the CPC. He was ahead of many of his party in talking up climate change, even pushing for a more stringent version of the carbon cap-and-trade bill than the one House Democrats passed in 2009.

Elected to the Senate in 2006, Sanders has changed little from his progressive focus on economic injustice, including the importance of environmental action and a long-shot, $3 trillion carbon tax proposal. Catapulted to the national stage by two presidential runs, Sanders galvanized younger progressive voters, including Rep. Alexandria Ocasio-Cortez (D-N.Y.), whose Green New Deal echoes many of Sanders’ ideas.

Bill McKibben, the founder of 350.org and one of the nation’s most prominent climate activists, said he believes Sanders is finally poised to make major breakthroughs.

“Bernie has been resolute on the climate crisis for more than a decade, longer than almost anyone else in D.C. And I have not the slightest doubt he will use his increased power to press hard for a good bargain — because he knows that it’s key not just to lowering the temperature, but also to building an economy that works for all Americans, not just oil execs,” McKibben said.