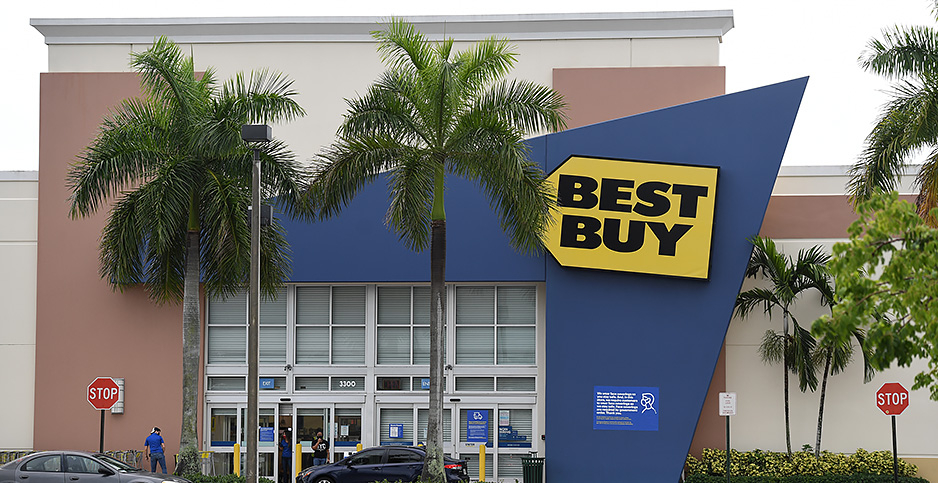 Five companies that have existing commercial relationships with Amazon.com Inc. today signed onto the technology giant’s Climate Pledge, a vow to offset more carbon dioxide than they emit within 20 years.

"Climate change is leading to very real, negative impacts to our daily lives even sooner than scientists expected," Amazon founder and CEO Jeff Bezos said in a news release. "Every company has a role to play in fighting climate change, and we welcome these new Climate Pledge signatories who are stepping up and committing to reach net-zero carbon by 2040."

Each of the new climate pledge signatories outlined different ways they intend to get to net zero.

For Best Buy, that means increasing the energy efficiency of its operations and investing in carbon offsetting projects. Like other big box stores, Best Buy initially struggled when Amazon’s business took off. But its stores now allow customers to try out and purchase Amazon products like Echo speakers, Fire smart TVs and Ring home security devices.

McKinstry plans to "work with building owners and operators to deliver more buildings that aim for zero-carbon, energy-sharing, high-efficiency operations," the release said. Based in Amazon’s hometown, the company has helped build some of its energy-efficient office towers, according to GeekWire.

Real Betis, which has official shops on Amazon sites in five European countries, is installing a more efficient lighting system in its home stadium and attempting to reduce its reliance on single-use plastic.

Schnieder Electric and Siemens vowed that their operations would reach net zero by 2030. They both have used Amazon Web Services for their data storage needs.

Launched in February, Amazon’s pledge now has 11 signatories. Previous companies that have joined the effort also have business ties to the tech giant (Climatewire, June 17).

But Amazon and Bezos have announced few details about how they will fulfill $12 billion in related climate spending promises (Climatewire, Sept. 21).

Meanwhile, REI announced that it will become carbon neutral this year and charge an internal carbon price for each ton of carbon dioxide its operations emit. The company says its current carbon footprint is around a quarter million tons.

REI also committed to planting 1 million trees in the next decade as part of the global 1 Trillion Trees initiative, which aims to conserve, restore and grow 1 trillion trees around the world by 2030.

"The climate crisis is the greatest threat to the future of life outdoors and to REI’s business," said REI Co-op President and CEO Eric Artz in a press release. "The science is clear about what we, as a society, need to do to change that future. The world must halve its greenhouse [gas] emissions by 2030, so that’s where REI — and the broader outdoor community — must lead."

Other companies that have made net-zero promises during Climate Week NYC include retailer Walmart Inc. and the bank Morgan Stanley (Greenwire, Sept. 21).