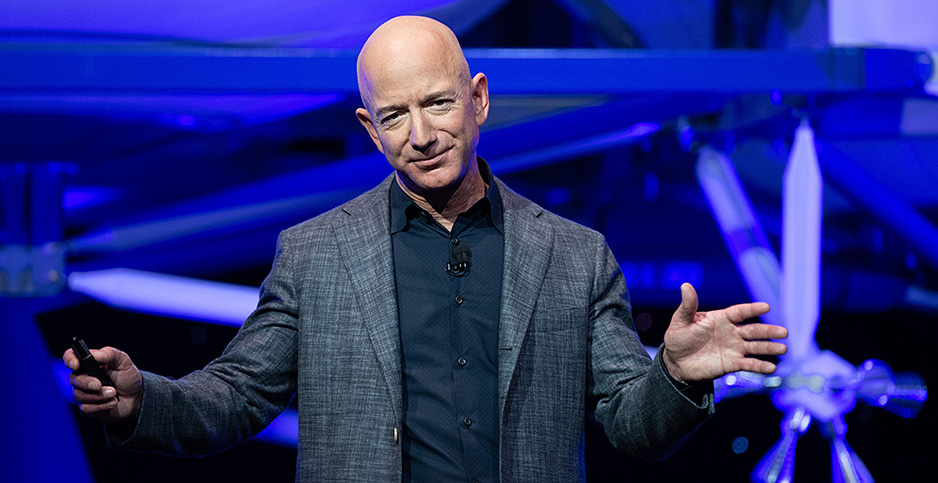 Amazon.com CEO Jeff Bezos said today he is doling out $791 million to 16 environmental organizations, the first tranche of money from his widely publicized $10 billion Earth Fund.

Other organizations are taking in smaller sums from the fund, including the Rocky Mountain Institute and the Union of Concerned Scientists, which are slated to receive $10 million and $15 million, respectively.

"I’ve spent the past several months learning from a group of incredibly smart people who’ve made it their life’s work to fight climate change and its impact on communities around the world," Bezos said in an Instagram post announcing the grants. "I’m inspired by what they’re doing and excited to help them scale."

Bezos, the world’s richest person, first announced the Earth Fund in February, stirring speculation that he would pump cash into the climate movement despite environmentalists’ criticisms of Amazon.

But until he announced the first tranche of grants this morning, Bezos had been silent on how the money would be spent, except to say it would go toward "scientists, activists, NGOs — any effort that offers a real possibility to help preserve and protect the natural world."

The $100 million contributions represent a massive chunk of change, even for major environmental groups.

NRDC, for instance, brought in just over $170 million total in grants and contributions in 2018, according to its tax filing. EDF’s total operating expenses in 2019 were $201 million, according to the group’s website.

The Nature Conservancy is the largest of the bunch, having raised more than $1 billion in 2019.

NRDC said some of the money would be used for its work on state and regional climate policy, while another chunk would go to the NRDC Action Fund, the group’s political affiliate.

"With new resources and growing political will, NRDC, alongside partners across the country, will advance equitable climate solutions and build a brighter future for us all," NRDC President Gina McCarthy said in a statement.

EDF, WRI, WWF and the Nature Conservancy all plan to use the money for more specific projects.

EDF said it will help fund the launch of a new satellite to track methane emissions, while WRI plans to use it for programs to monitor carbon emissions and spur the electrification of U.S. school buses.

"We are honored to be included in the first round of funding, which will accelerate climate progress," EDF President Fred Krupp said in a statement.

"As people experience more damaging wildfires, air pollution, stronger hurricanes, and deadlier droughts and heat waves, a window of opportunity for action is opening in the U.S. and around the world," Krupp said.

The Nature Conservancy, meanwhile, will use the cash to protect Emerald Edge, a massive coastal rainforest spanning through the United States and Canada and an important carbon sink.

The WWF similarly said it would use its grant for nature-based climate solutions, including restoration and protection of more than 2 million acres of mangroves.

At the same time, some of the grantees have been at odds with Amazon in the past, and Bezos and his company have faced plenty of criticism from progressive green groups.

For one thing, environmental groups like NRDC that are active in the political arena through their affiliates overwhelmingly support Democrats and frequently push for tighter environmental regulation.

Even as Bezos has ramped up his climate advocacy and public relations campaigns since 2019, Amazon’s political action committee has given heavily to Senate Republicans, many of whom oppose efforts to expand regulation and legislate on climate change (E&E Daily, Oct. 14).

And while Amazon publicly supports efforts like the Paris climate agreement, it has just one lobbyist working on sustainability issues — a former Republican staffer whose other clients include French oil giant Total SE (Climatewire, Nov. 16).

The company has also fought climate-related shareholder proposals, despite its corporate pledge to go carbon neutral by 2040.

Amazon Employees for Climate Justice, a group of Amazon workers that has pushed the company to do more on climate change, said today’s $791 million announcement raises questions about whether Bezos and the company will "continue to be complicit in the acceleration of the climate crisis."

"We applaud Jeff Bezos’ philanthropy, but one hand cannot give what the other is taking away," the group said in a statement.

"The people of Earth need to know: When is Amazon going to stop helping oil & gas companies ravage Earth with still more oil and gas wells?"