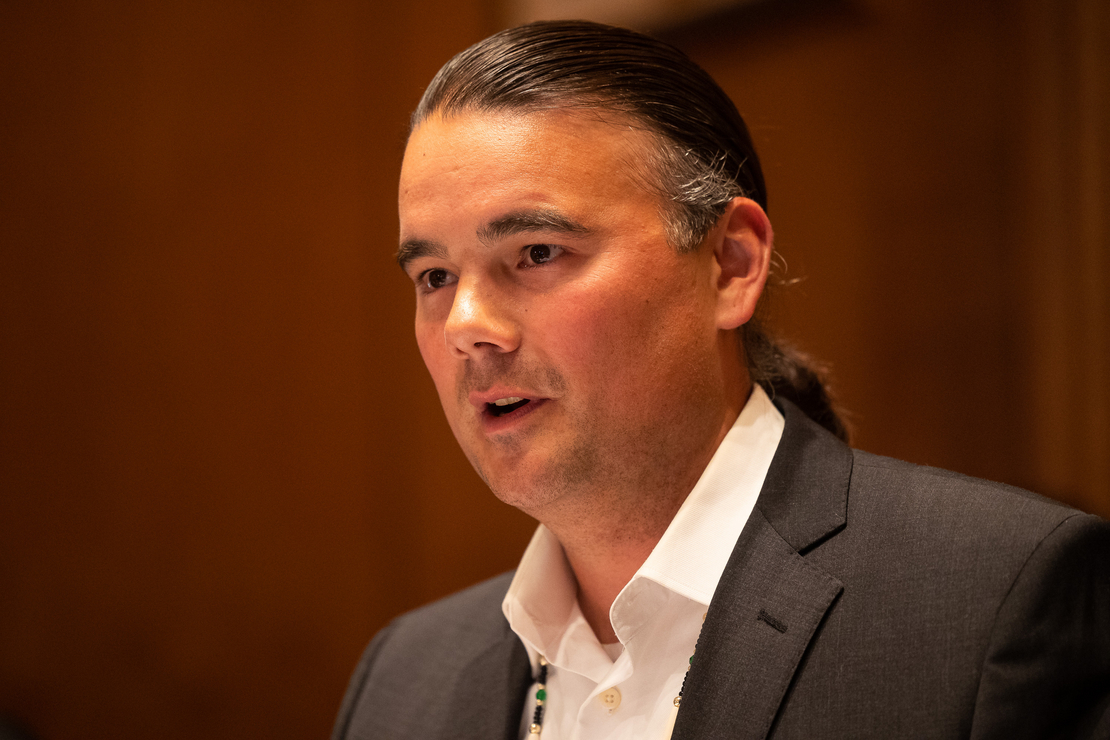 The systemic problems that prompted an Interior Department overhaul of Bureau of Indian Affairs detention programs are vividly detailed in a report obtained under the Freedom of Information Act.

“It was often difficult to locate important documents such as medical treatment reports, autopsy and toxicology reports, and staff logs because they were located in different places … [and] in many cases, important documents were not included in the file at all,” the Cruzan Group report noted.

In February, Interior announced a series of detention program reforms. The reform package followed a critical investigation by NPR and the Mountain West News Bureau, which in turn led Interior to commission a study by the Cruzan Group.

The consulting group was founded by the former head of Interior’s Office of Law Enforcement and Security, Darren Cruzan. As the department’s top law enforcement officer between 2017 and 2019, Cruzan had oversight of BIA’s detention program. Before that, he headed BIA law enforcement for seven years (Greenwire, Feb. 10).

The hiring of Cruzan’s firm sparked some congressional criticism when it became public, with Rep. Raúl Grijalva (D-Ariz.), chair of the House Natural Resources Committee, saying in a statement that “the investigation into deaths that occurred in BIA detention centers demands a fully independent investigation. Tribal citizens’ lives must be protected, and we need answers as to why they weren’t in this case.” Sen. Steve Daines (R-Mont.) characterized the decision as “cronyism.”

The study was completed last December but was not released publicly.

“We will not shy away from taking ownership of the path to improve conditions in our facilities,” Assistant Interior Secretary for Indian Affairs Bryan Newland said in February, adding that the reforms “represent a new chapter for the Bureau of Indian Affairs as we move toward organizational culture change.”

The Bureau of Indian Affairs and Interior Department did not respond to emailed requests for comment.

An inmate’s death that occurred inside the Blackfeet correctional facility in Montana in early May of 2018 exemplified the myriad problems examined in the report. It appears the names of people described in the report were redacted.

An individual charged in the early morning with having an open container of alcohol complained of not feeling well. A Blackfeet facility corrections officer “dismissed [the] concerns and believed [the inmate] only made the complaint because [the inmate] wanted to leave the confinement facility,” the Cruzan Group study recounted.

The inmate collapsed midafternoon, according to the report. One of the responding officers found a pulse. Another did not.

“A review of video footage found that this discrepancy delayed the application of any lifesaving measures for seven minutes,” the report stated.

A subsequent administrative investigation by the BIA Internal Affairs Division “identified multiple policy violations by staff,” the Cruzan Group found. But the BIA investigation itself, the Cruzan Group noted, did not include autopsy photographs or interviews of medical staff or cellmates and did not include information on the inmate’s incarceration history other than to note that he “ was always trying to get out of jail.”

The next year, in April 2019, a similar litany of shortcomings became apparent in the death of an inmate at the Colville Tribal Correctional Facility in Washington state, as well as the subsequent BIA review.

An individual was found collapsed in a cell five days after being arrested on charges of being a public nuisance. No lifesaving efforts were attempted, as the correctional officers determined the individual was deceased, but subsequent investigation revealed some of the officers lacked CPR certification.

“It is common practice at the CTCF to have employees working as officers in the confinement facility who do not possess valid CPR and/or first aid certification because training was not made available to them,” the Cruzan Group report noted.

The investigation also found that correctional officers had not brought the individual in for a medical exam when first booked because they were “shorthanded,” and the review identified a troubling discrepancy in the time stamps placed on certain key jail documents.

“The [BIA] administrative investigation did not determine if this was an error, a potential problem with automated intake system, or an effort by staff to create a document after the fact that should have been completed upon intake,” the Cruzan Group reported.

Similarly, the Cruzan Group found flaws with another internal BIA probe in Montana. In June 2017, BIA was notified of an in-custody death that occurred at the overcrowded Lame Deer BIA jail. An individual had died four days after being jailed and charged with disorderly conduct and driving under the influence.

“The FBI responded and began the criminal investigation which they concluded around September 15, 2017,” the report recounted. “The final [BIA] administrative investigative report is dated June 2, 2020, with no explanation as to why it took almost two and a half years to complete the report.”

The Office of Justice Services Correctional Program reform package unveiled in February includes 28 items, including improving the process for conducting cell checks and responding to medical emergencies; improving recruitment, retention, training and morale of staff; and improving coordination with other federal agencies like the Indian Health Service.

“We value the well-being of people, those in our custody as well as our officers responsible for providing a safe and rehabilitative environment,” Newland said in announcing the reforms.