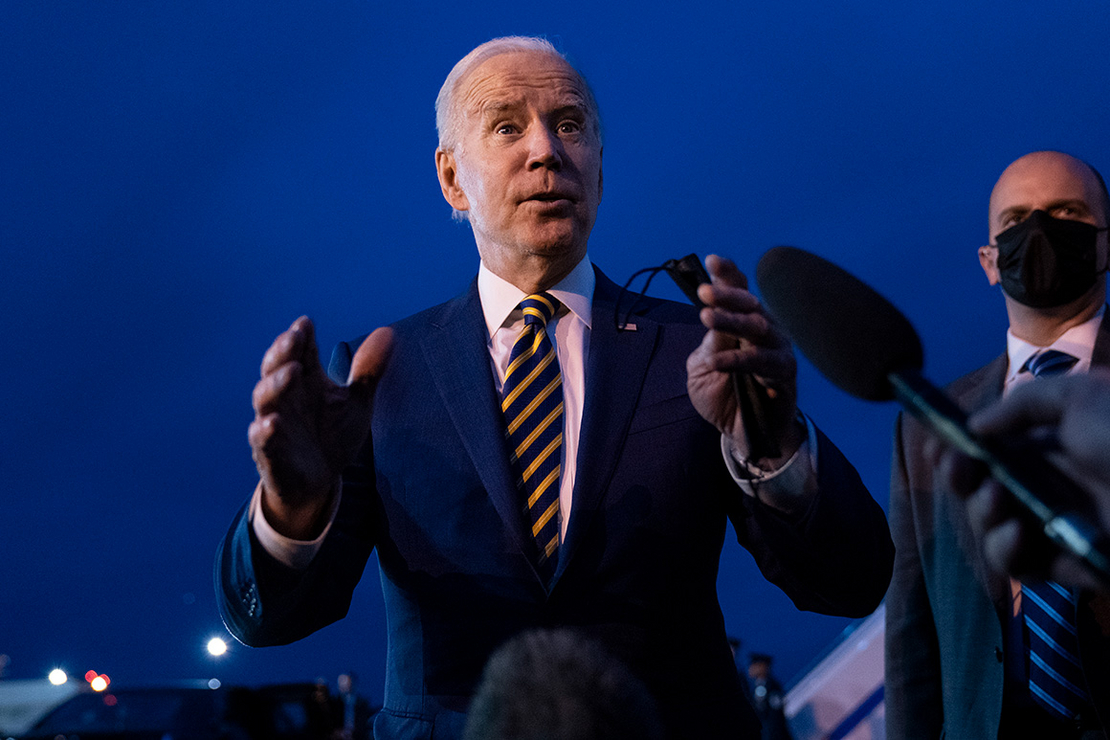 President Biden signed an executive order expanding the National Space Council as part of an effort to combat climate change. He is pictured speaking yesterday to media before boarding Air Force One at Minneapolis-Saint Paul International Airport in Minneapolis. Carolyn Kaster/AP Photo

The Biden administration is tasking the federal government’s National Space Council with a new focus on climate change.

Vice President Kamala Harris, who chairs the council, published a new framework of priorities for the body ahead of a major meeting today, her first as the council’s leader.

The actions represent a big expansion of the duties of the National Space Council, to not only advance Biden’s climate agenda but also advance education goals.

The new framework keeps the council’s “focus on advancing and synchronizing our civil, commercial, and national security space activities, and adds emphasis in support of the Administration’s agenda, including promoting peaceful exploration of space and reducing the risk of miscalculation or conflict in space; addressing the climate crisis; and enhancing STEM education,” a White House official said today, on the condition of anonymity.

Former President Trump revived the executive branch council in 2017 after a hiatus of more than two decade, and it was led by former Vice President Mike Pence under his administration.

Its membership includes Defense Secretary Lloyd Austin, Secretary of State Antony Blinken, Director of National Intelligence Avril Haines and others and is meant to help set and enforce governmentwide priorities related to space on defense, commercial, diplomatic and other grounds.

Under Harris’ new framework, climate is named as a priority specifically for the use of satellites.

“The United States will advance the development and use of space-based Earth observation capabilities that support action on climate change,” the framework reads.

“The United States, through collaboration between the public, private, and philanthropic sectors, will accelerate the development and use of Earth observation to support climate change mitigation and adaptation," it says. "Open dissemination of Earth observation data will support both domestic and international efforts to address the climate crisis.”