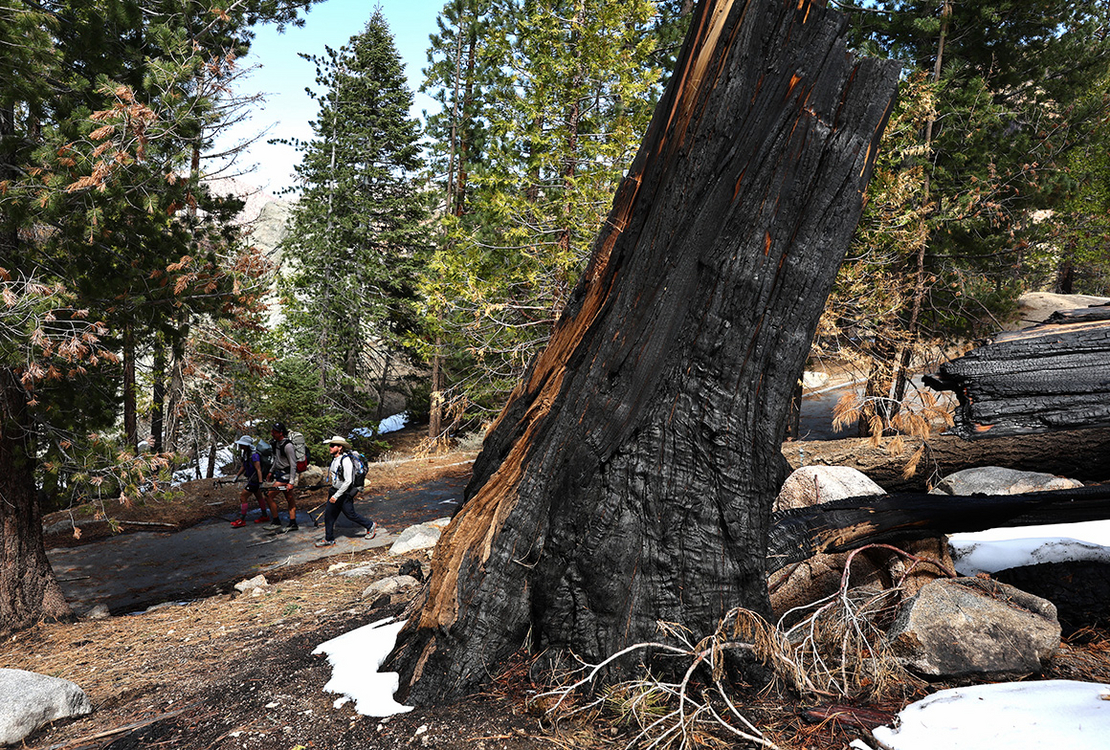 Hikers in April passing a burned tree and melting snow in a newly reopened section of the Angeles National Forest near La Canada Flintridge, Calif., which burned during the 2020 Bobcat Fire. Mario Tama/Getty Images

The Biden administration said today it can eliminate a tree-planting backlog on national forests within 10 years, relying on funds in last year’s infrastructure law.

The Department of Agriculture and the Forest Service pledged to eliminate the reforestation backlog of 4 million acres on the 193 million-acre national forest system, planting more than a billion trees in the process.

“Forests are a powerful tool in the fight against climate change,” said Agriculture Secretary Tom Vilsack in a news release. “Nurturing their natural regeneration and planting in areas with the most need is critical to mitigating the worst effects of climate change while also making those forests more resilient to the threats they face from catastrophic wildfire, historic drought, disease outbreaks and pest infestation.”

In addition to other funds, the plan relies on congressional legislation that lifted a $30 million annual cap on the reforestation trust fund.

Along with the tree planting, the agency said the plan would boost tree nursery capacity, which policy groups have identified as a major challenge if the federal government is to catch up with reforestation needs. The plan announced today would also rely on state, local and tribal finances, the department said.

The USDA announced the reforestation strategy along with climate adaptation plans for other agencies it oversees.