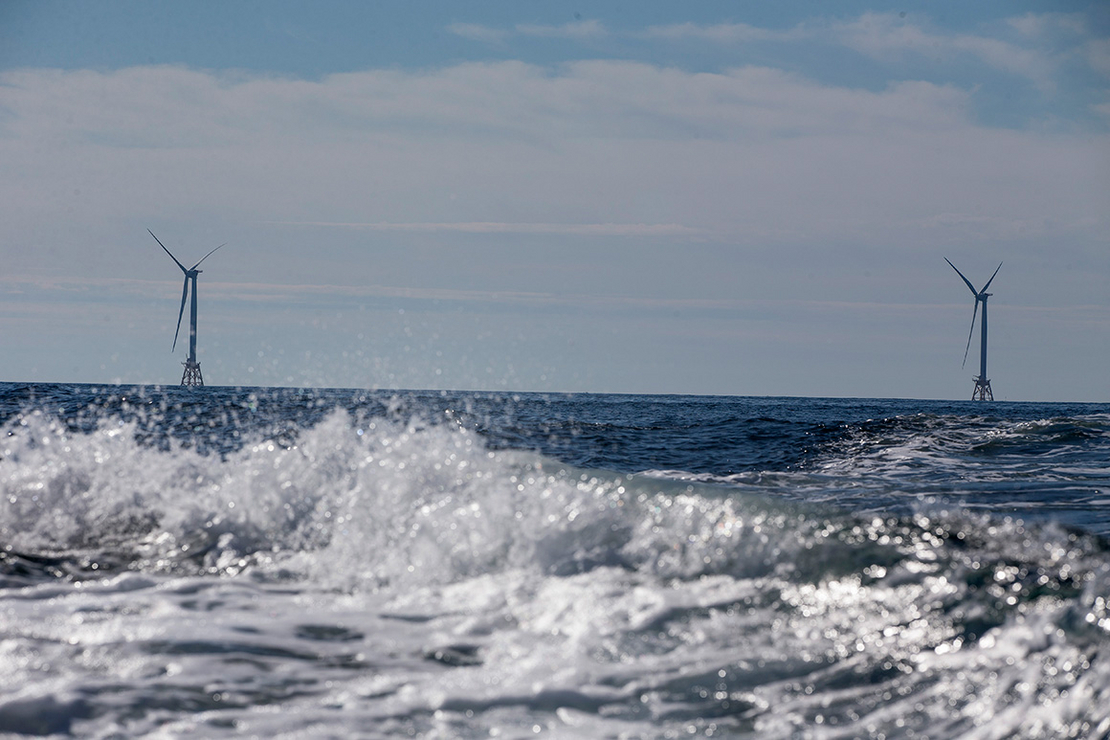 The South Fork Wind project is the nation’s second offshore venture to get a federal nod, following the approval of the Vineyard Wind development off Martha’s Vineyard earlier this year.

But while the 62-turbine Vineyard project broke ground on construction earlier this month, the more modest 12-turbine South Fork array, developed by Denmark’s Ørsted A/S and New England’s Eversource Energy, may be the first to finish construction and begin sending wind power back to the continent.

Offshore wind is a key component of the Biden administration’s transition toward carbon-free energy. It’s pledged to deploy 30 gigawatts of offshore wind by 2030 to help the country reach net-zero greenhouse gas emissions by midcentury. To that end, it has said it plans to approve permits for 16 offshore wind proposals by the end of Biden’s first term.

“We have no time to waste in cultivating and investing in a clean energy economy that can sustain us for generations,” Interior Secretary Deb Haaland said in a statement. “Just one year ago, there were no large-scale offshore wind projects approved in the federal waters of the United States. Today there are two, with several more on the horizon.”

“With the achievement of this critical federal permitting milestone, construction of this historic wind farm is expected to begin in the weeks and months ahead,” said David Hardy, CEO of Ørsted Offshore North America.

In addition to being a priority for the administration, offshore wind has bewitched Northeast lawmakers, who’ve increasingly committed to facilitating offshore wind power as part of their climate and decarbonization targets.

New York, Massachusetts, New Jersey and North Carolina are among states with ambitious offshore wind goals written into law. Each is jockeying for the economic opportunity locked in the rapid construction of an U.S. offshore wind fleet.

The Interior Department has estimated that about 2,000 turbines could be raised over the next decade, compared to seven that currently spin offshore.

Union labor has also positioned itself to raise the first offshore wind farms, and Ørsted has committed to using union labor where feasible.

“Offshore wind is regarded as Labor’s seed in growing an equitable economy that extends well beyond the shoreline,” said Matthew Aracich, president of the Building and Construction Trades Council of Nassau and Suffolk Counties, in a statement today. “[The Bureau of Ocean Energy Management’s] resolution on South Fork Wind sets the stage for a period of prosperity that spans an entire generation.

But, the love affair with offshore wind has drummed up controversy as well.

Vineyard Wind, a joint project of Copenhagen Infrastructure Partners P/S and Avangrid Inc., has already sparked lawsuits — one over its potential impact to endangered whales and another from the owner of a summer house on Cape Cod. Seaside communities like Ocean City, Md., and Ocean City, N.J., have also voiced opposition to turbines marring their ocean views.

Perhaps the most vocal critics of the offshore industry, however, have been fishermen concerned that the presence of turbines will damage fisheries and restrict fishing vessels that navigate wind energy areas.