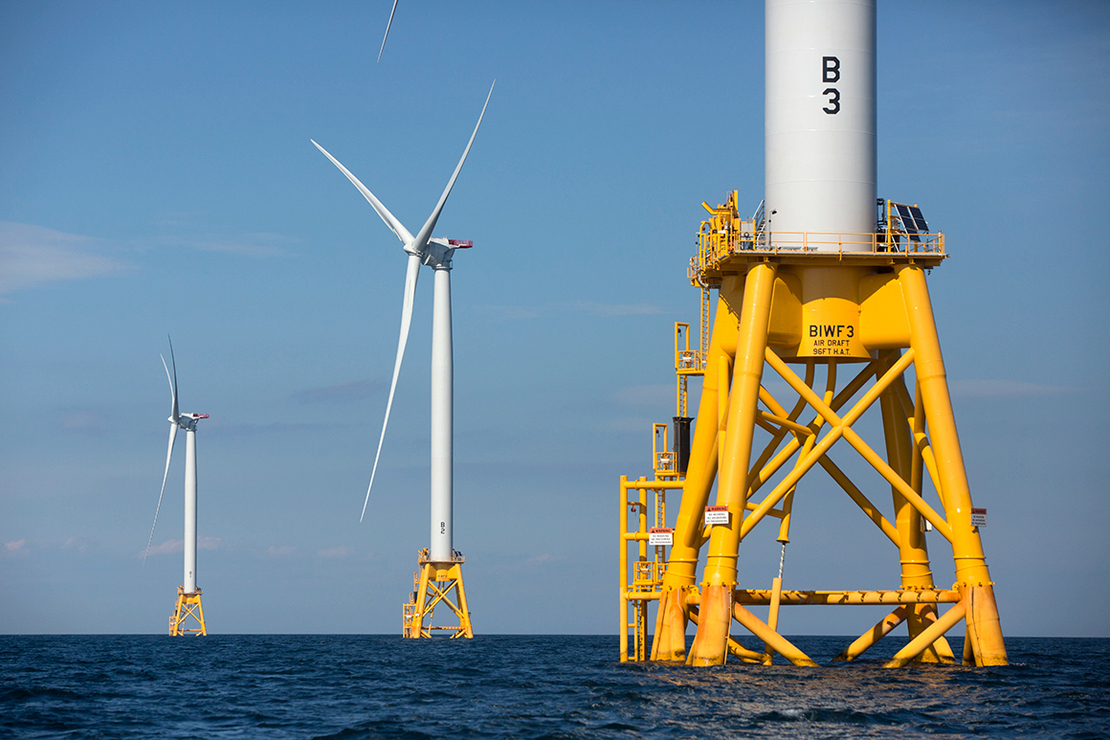 The Biden administration is beginning its environmental review of the first offshore wind project proposed off North Carolina, which is in a race to jump-start the industry before a Trump-era moratorium kicks in next year.

The Kitty Hawk offshore wind farm, developed by Avangrid Renewables, would be a 69-turbine wind array off the coast of the state’s Outer Banks. It could power up to 700,000 homes.

The 800-megawatt project would sit roughly 27 miles from North Carolina shores and more than 40 miles from Virginia Beach, where two transmission cables would land to connect with PJM Interconnection’s onshore grid.

An Avangrid analysis of the project forecasts a $2 billion economic impact from the project, much of that in Hampton Roads, the port region in Virginia that will serve as a home base to stand up the project.

The offshore wind farm would serve both Virginia and North Carolina renewable energy targets but is particularly important for North Carolina, where the Trump administration ordered a moratorium on offshore energy leasing shortly before leaving office. That moratorium begins in mid-2022 and lasts for 10 years.

But that could be a challenge. Chris Carnevale, coastal climate and energy manager for the Southern Alliance for Clean Energy, noted that the state’s target might not be reached if the Biden administration doesn’t lease additional acreage offshore North Carolina before the moratorium sets in.

The three existing wind energy areas for North Carolina include the Kitty Hawk lease area — which could support more energy than this first project — and two additional potential lease areas off the state’s border with South Carolina. In total, they could support roughly 6 gigawatts of wind power with current technology, Carnevale said. Regardless, BOEM would need to hold a lease sale in one of the two more southern energy areas to give industry a foot in the door before the moratorium begins.

Bill White, head of offshore wind for Avangrid, said in a statement that the wind project would be a “game-changer” for the mid-Atlantic.

“Kitty Hawk will help a new industry take flight in this region and create thousands of quality jobs.”

The Kitty Hawk project is one of several offshore wind farms the Biden administration has advanced to the permitting stage this year. While most have been centered in the northeast Atlantic, this project, along with another proposed off Virginia, is moving the industry farther south along the East Coast.

The administration’s swift pace is an attempt to clear a bottleneck of offshore proposals that stacked up during the Trump administration. The White House has also made offshore wind energy a central theme in President Biden’s push for an energy transition that creates employment and generates economic activity.

“Offshore wind is a critical component of this Administration’s commitment to confronting climate change, creating thousands of good-paying union jobs, and jump starting our country’s transition to a cleaner energy future, “ Interior Secretary Deb Haaland said in a statement.

She added: “These states are stepping up and working together to lift up this growing industry. At the Interior Department, we are doing our part to ensure all of these projects are done thoughtfully and with consideration of impacts to surrounding communities.”

The Bureau of Ocean Energy Management said today that it will hold three virtual hearings next month to take public input before beginning a draft environmental impact statement.

The Kitty Hawk project announcement today kicks off the federal review of the wind farm’s construction and operation plan. That review will detail the farm’s myriad impacts, including how it affects the marine environment, the economic implications and any effects on other ocean users like fishermen.

The environmental impact statement process can take several years, but the Biden administration’s climate targets may speed that up.

Along with its goal to hit 30 GW of offshore wind power by 2030, the administration has committed to approving 16 offshore wind projects by the end of the president’s first term. It approved Vineyard Wind, the first large-scale project in the United States, in May. Kitty Hawk developer Avangrid has a 50% stake in the Vineyard Wind project as well. A subsidiary of the Spanish power company Iberdrola Group, Avangrid Renewables also owns 7,000 MW of onshore wind and solar in the U.S.