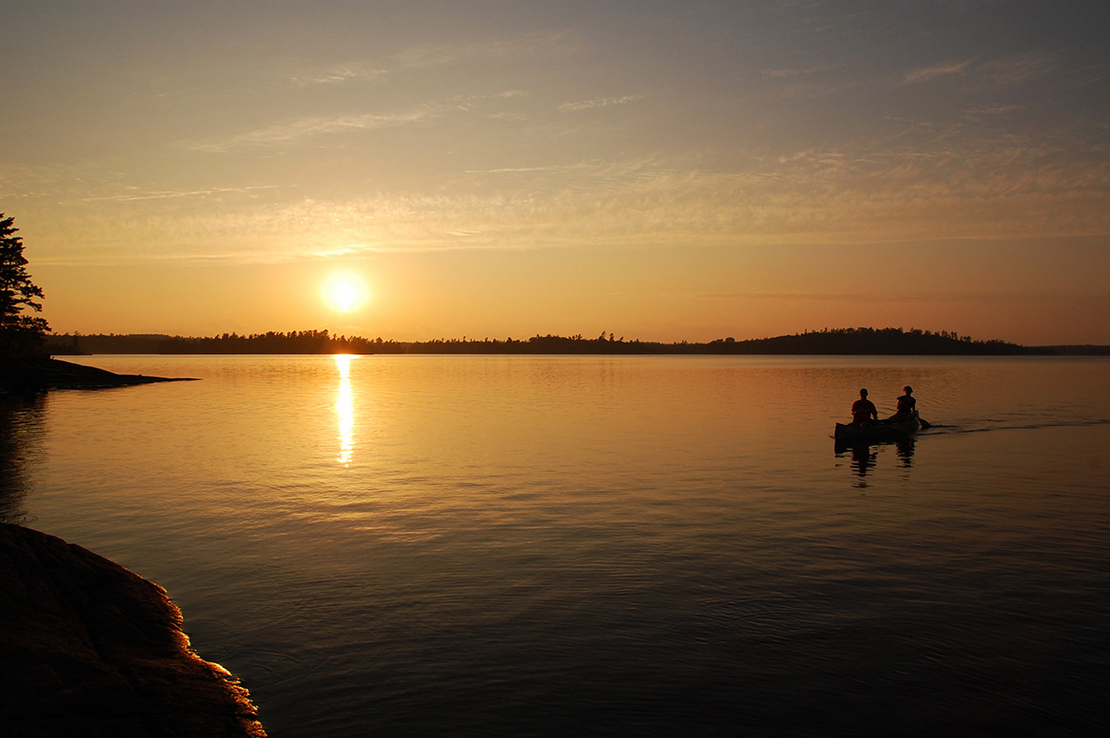 The Biden administration today canceled two leases for a highly contested copper-nickel mine in northern Minnesota that were reinstated under former President Trump.

The Interior Department’s actions nix the two mineral leases held by Twin Metals Minnesota LLC, a subsidiary of Chilean mining company Antofagasta PLC. Twin Metals’ project would mine copper, nickel and other commodities near the Boundary Waters Canoe Area Wilderness, a popular spot for recreation and tourism near the Canadian border.

At the end of the Obama administration, Interior had refused to renew the decades-old leases in 2016 and proposed a ban on mining near Boundary Waters, citing the risk that copper sulfide mining could pose to the surrounding ecosystem.

That decision was overturned by the Trump administration, with then-acting Interior Solicitor Daniel Jorjani issuing a legal opinion declaring the leases valid. The department then granted a 10-year extension on the leases.

Trump’s move on the Twin Metals leases has now been undone through a memo from the Interior solicitor’s office rescinding the Jorjani opinion.

“I am withdrawing the Jorjani M-Opinion,” stated the memo from Interior Principal Deputy Solicitor Ann Marie Bledsoe Downes, “which is flawed and spurred the improper renewal decisions.”

The Interior Department in a news release said there were “significant legal deficiencies” in the Trump-era legal opinion, including failures to follow department regulations related to lease renewal forms or study a no-renewal, no-action alternative during the environmental review process.

“The Department of the Interior takes seriously our obligations to steward public lands and waters on behalf of all Americans. We must be consistent in how we apply lease terms to ensure that no lessee receives special treatment,” Interior Secretary Deb Haaland said in a statement. “After a careful legal review, we found the leases were improperly renewed in violation of applicable statutes and regulations, and we are taking action to cancel them.”

Representatives of the mining industry chastised the Biden administration, asserting the decision flew in the face of clean energy’s need for minerals.

“The administration’s decision to withdrawal Twin Metals’ mineral leases — long held leases that were first issued more than five decades ago — contradicts and will obstruct the realization of the goals established in its own stated jobs, economic, climate, infrastructure and supply chain agendas,” the National Mining Association said. “This decision is disappointing and foreshadows a global economic, energy, manufacturing and overarching supply chain race where the U.S. may be watching from the sidelines.”

In a statement posted to its website, Twin Metals Minnesota vowed to “challenge the attempt to stop our project and defend our valid existing mineral rights.”

“We expect to prevail,” the company stated.

In October, the Biden administration took initial steps to shield Boundary Waters from mining, launching a process to issue a 20-year mineral withdrawal for the region. But that move didn’t affect the two Twin Metals leases (Greenwire, Oct. 20, 2021).

Environmental groups, seeking to stop mining near the Boundary Waters, had brought two lawsuits against the leases; one challenged the Trump administration’s lease reinstatement, and another sought to void the 10-year renewals.

Both lawsuits were ongoing prior to news of the lease cancellations, and Interior’s move will “certainly” affect them, said Alison Flint, senior legal director for the Wilderness Society, one of the groups involved in the litigation. She said it is still too soon to tell how they will be resolved.

Interior said it is still reviewing whether to institute a 20-year administrative ban on mining near the Boundary Waters, a process that began in October.

Rep. Dean Phillips (D-Minn.) said at a news conference after the decision was announced that he understood “why there is disappointment among some” in Minnesota who support the project. Labor unions, a constituency courted by the state’s Democratic-Farmer-Labor Party, have inked contracts to support construction of the Twin Metals project (E&E Daily, Jan. 22, 2020).

But Phillips said he supported the decision to cancel the leases because the sulfide mining technologies proposed for the mine “have not been demonstrated to be safe and work.”

“I do understand the disappointment,” Phillips said. “It is a victory for water. It is a victory for our natural bounty in Minnesota. It is a setback, of course, for those who favor mining and this specific project. But we have a responsibility as public stewards to protect people.”