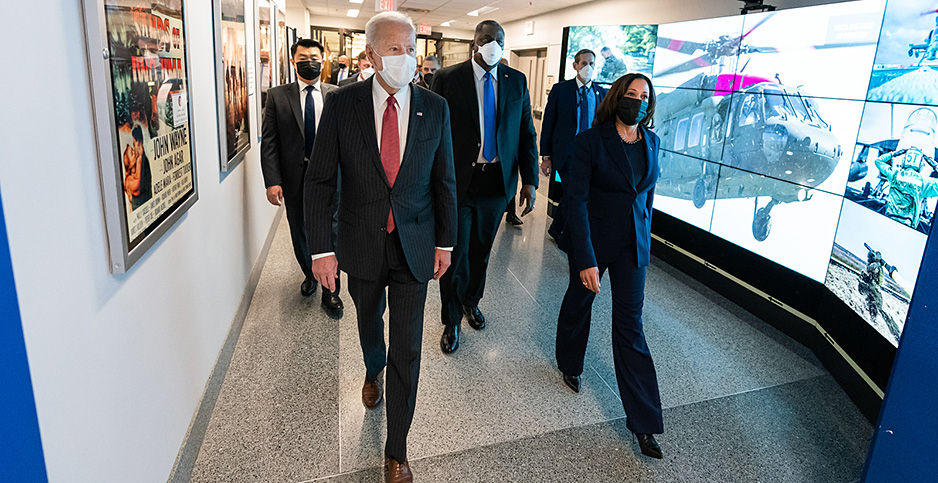 The Biden administration yesterday floated the idea of taxing carbon-intensive imports as part of this year’s Trade Policy Agenda, touching on an idea that has gained traction in the European Union and United Kingdom.

The Office of the U.S. Trade Representative said in its annual policy report that it would consider carbon border adjustments — essentially a carbon tariff — "as appropriate, and consistent with domestic approaches to reduce U.S. greenhouse gas emissions."

Some analysts say President Biden might have the authority to implement a carbon tariff without new legislation, using the same national security provisions former President Trump used to place levies on imported steel.

The trade rep office also pledged that the Biden administration would work with allies as they construct their own border adjustment policies. Several are in the works.

The European Union is preparing to release a program in June that would require importers of carbon-intensive goods to pay a levy on goods coming from countries that don’t price carbon like the 27-member bloc does. The move is designed in part to put such goods on an equal footing with those from E.U. manufacturers. The policy comes as the European Union prepares to unveil policies to meet its Paris Agreement commitment of cutting greenhouse gas emissions by 55% by the end of this decade.

The United Kingdom, meanwhile, is weighing the adoption of a broader-based carbon tax to reduce emissions across its own economy.

Bloomberg and other outlets have reported that Prime Minister Boris Johnson hopes to use his leadership of the Group of Seven this year to convince other developed countries — including the United States — to link border adjustment programs to keep ambitious climate policies in their countries from driving manufacturing abroad to countries with fewer greenhouse gas restrictions.

The Trump administration would have opposed such policies from its trading partners, which might have created obligations for U.S. importers.

But Biden’s election has shifted the politics of the issue.

Biden has reengaged in the Paris Agreement, and during last year’s presidential campaign, he discussed the possible need for a U.S. carbon levy to ensure U.S. manufacturers wouldn’t suffer under ramped-up climate policies.

Though Biden may have administrative authority to impose a border tax on carbon, the United States lacks a definite price on carbon emissions — a factor that could complicate efforts to construct a carbon adjustment policy that would withstand likely challenges before the World Trade Organization.

Instead of a cap-and-trade program or carbon tax, the United States is likely to rely for the foreseeable future on non-price policies like Clean Air Act rules and energy performance standards.

The costs associated with those are harder to quantify.

Michael Mehling, deputy director of the Center for Energy and Environmental Policy Research at the Massachusetts Institute of Technology, said the administration’s task might be to establish an estimate of the compliance burden on U.S. manufacturers in a certain sector — like steel or cement — and to levy an equivalent tariff at the border.

"But it’s methodologically super challenging," he said, adding that the abundance of state carbon policies would make it harder to establish a uniform U.S. manufacturing cost for certain sectors.

The United States would need to demonstrate to the WTO that it has a robust basis for applying carbon levies at the border, Mehling said. But he added that the power of the U.S. market might dissuade other countries from challenging a U.S. tariff — especially if it were linked to other significant markets, like the European Union.

While it might be tested at the WTO level, he said, "the momentum might be such that it just takes off anyway."