Biden admin is getting hospitals to go green 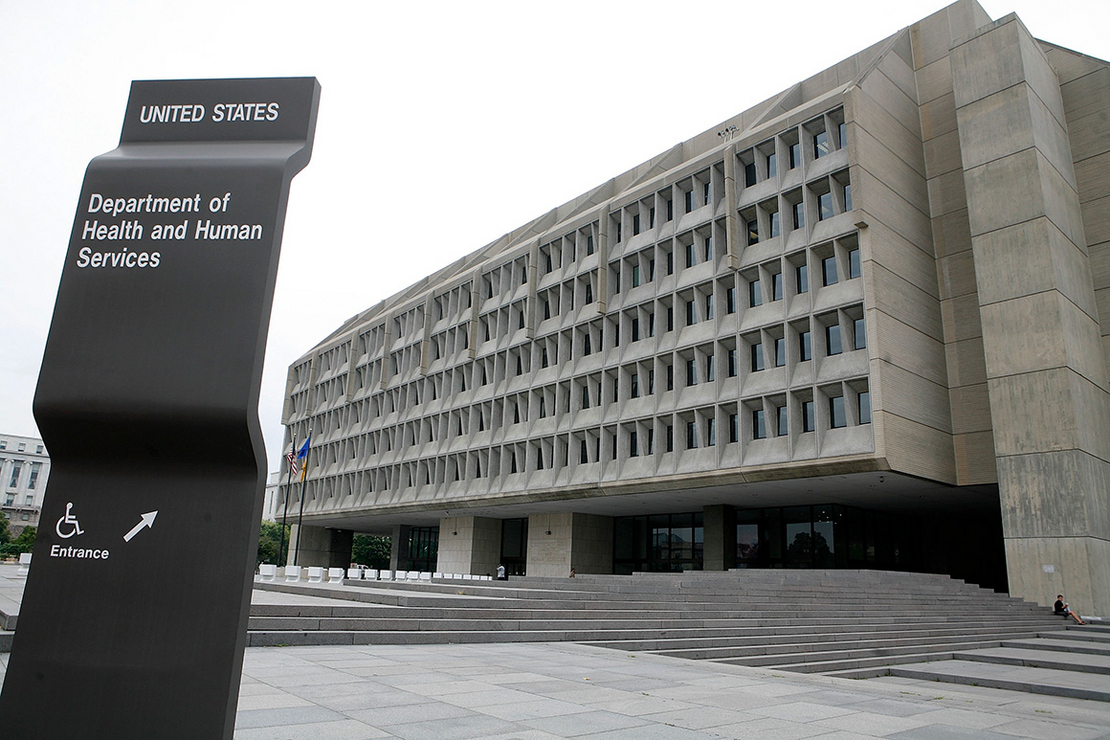 The Department of Health and Human Services has asked health care providers to reduce their greenhouse gas emissions to net zero by 2050. Alex Wong/Getty Images

To fight climate change, the Department of Health and Human Services is touting those in the health care sector doing “trailblazing work” clamping down on greenhouse gas emissions.

In asking health care providers to commit to a pledge to reduce greenhouse gas emissions by 50 percent by 2030 and to net zero by 2050, the agency wants to highlight those in the industry who are already reducing their carbon footprints and who could lead others by example. Those that sign the greenhouse gas pledge by today’s deadline will be honored at a White House ceremony later this month.

“We are surfacing the bright spots that are out there in the country,” senior adviser on climate health and equity Joe McCannon said in an interview. “There are standout examples of success in certain states and regions and health systems that have done trailblazing work, and we need to shine a light on that so others can learn about it and access that.”

The American health care sector is responsible for an estimated 10 percent of U.S. greenhouse gas emissions. While asking industry leaders to essentially get credit for work they are already doing may seem insignificant when compared to the catastrophic effects of the climate crisis, HHS says it’s an important first step toward getting an industry that might not normally think about emissions on the path toward reductions.

That’s how McCannon and other top HHS officials have pitched the pledge directly to the industry, too.

“The pledge is about celebrating the work that is already happening, surfacing the bright spots that are already out there, but it is also a springboard into action, too,” McCannon told the CleanMed conference, dedicated to sustainability in health care, last month.

Advocates who for years have been pushing HHS to do more about climate change agree, saying the pledge is the first sign that the agency is finally rising to the crisis.

“The pledge is really the first concrete action we have seen at HHS,” said Antonia Herzog, associate director of climate policy and advocacy at Healthcare Without Harm.

As federal agencies go, HHS is a behemoth, with some 80,000 workers spread across more than a dozen offices. Until recently, just two of those — the Centers for Disease Control and Prevention and the National Institutes of Health — had done any work related to climate change, and even they did so with a budget of just $10 million apiece.

HHS Secretary Xavier Becerra has made clear that he wants to change that, creating a new Office of Climate Change and Health Equity within HHS to help ensure that all of the agency’s departments are doing what they can to address climate change and its health effects.

“The issue of climate change has not been socialized throughout the institution, so people don’t even think about it, they don’t know about it, they don’t get it,” Herzog said. “The pledge will show not just the industry, but those within HHS itself, that something can be done, that there is momentum in this space.”

It has buy-in from those at the top of agency leadership.

Assistant Secretary for Health Adm. Rachel Levine has personally convinced hospitals to sign on, traveling to the Big Apple last month to pitch the pledge to NYC Health + Hospitals, which operates New York City’s public hospitals and clinics. She also appeared at the CleanMed conference via video feed to promote the pledge.

“Our hope is that our pledge initiative will be a springboard to accelerated activity and improvement across the field,” Levine said in a statement to E&E News. “We hope to create a community of learning that will allow health systems to share their insights and rapidly access ideas from elsewhere.”

NYC Health+ Hospitals has been working to cut its emissions since it joined the city’s “carbon challenge” in 2015, and has already reduced its emissions by 30 percent over 2006 levels.

“The pledge will recognize our health system for the work we are already doing, and may inspire other health systems to follow them,” he said in a statement.

Some big names in health care have also signed on, including Providence, the third-largest nonprofit health care system in the nation, which operates in seven Northwestern states and was the very first system to sign the pledge.

The hospital system has created a “green revolving fund” to pay for emissions reductions using savings from other energy efficiencies it implements. The system has a goal to be “climate negative” by 2030 and has linked that goal to executive compensation for everyone who is a vice president or higher at the organization, she told the CleanMed conference.

“So everyone walking around Providence who is a vice president and above, they are focused on this day in and day out,” she said. “This can’t be a side hustle; it needs to be embedded in everything we do.”

Not everyone in the industry is as excited about the pledge.

At a webinar explaining the pledge to stakeholders, John Balbus, who leads HHS’s Office of Climate Change and Health Equity, acknowledged that his team has received pushback for asking hospitals to cut emissions at a time when health care resources and personnel “are stressed and stretched” by the Covid-19 pandemic.

“While it would be ideal for the pandemic to be the only thing we have to worry about right now,” he said, the “sad reality” is that the United States is already experiencing the effects of climate change.

“The very same things we have to worry about and think about in terms of the resilience of not just our buildings but also our people and our workforce, they go hand in hand, and the stresses of climate change are compounding the stresses of the pandemic,” he said. “We don’t have the luxury of waiting to address the climate crisis until there are no pandemics or other serious health threats.”

Fighting climate change, he says, could be bad for business at hospitals that may depend on payments for seeing a certain number of patients every year who suffer from the effects of pollution or climate-driven extreme weather.

“If the Biden administration is successful in either stopping the increase in those pollution levels and, by extension, those public health impacts, and is actually able to bend the curve and reduce those numbers, what does that mean to the company that built its business for providing that therapy?” he said.

The climate pledge is just one way that HHS is seeking to address climate change.

Earlier this year, the agency announced a new initiative through the National Academy of Medicine to partner with private-sector health care providers to research ways to cut greenhouse gas emissions in the industry.

The request was included in what’s widely known as CMS’s “inpatient rule,” an annual rulemaking that governs what patient services Medicare and Medicaid will cover, and what requirements participating providers must meet to be reimbursed for those services.

The agency will use responses to the request to help determine what additional steps it should take to address climate change in health care, “which could include rulemaking,” McCannon said.

“The rule is meant to inform CMS, and that information could lead to exploring actions in this rule or other rules in future cycles,” he said.

Congress is also stepping up in a similar way.

House Ways and Means Chair Richard Neal (D-Mass.) has issued his own request for information to 12 of the nation’s biggest health care organizations asking about how they integrate climate resilience into patient care and mitigate their own carbon footprints. The request also solicits feedback on how the federal government could support health care organizations looking to do more to fight climate change.

The answers will be collected by committee staff and published in a report later this summer.

In an interview, Democratic congressional aides explained that the thought process behind the request is similar to HHS’s current strategy with its own request for information and the pledge.

“The first step has to be information collection and learning from what the early adapters have done, what the people sticking their toes in the water are doing to help find the right tools to address these issues,” one staffer said. “We’re starting a public dialogue in an area that needs to be addressed very quickly — that needed to be addressed yesterday — but also in an area where people weren’t thinking about this until we asked.”