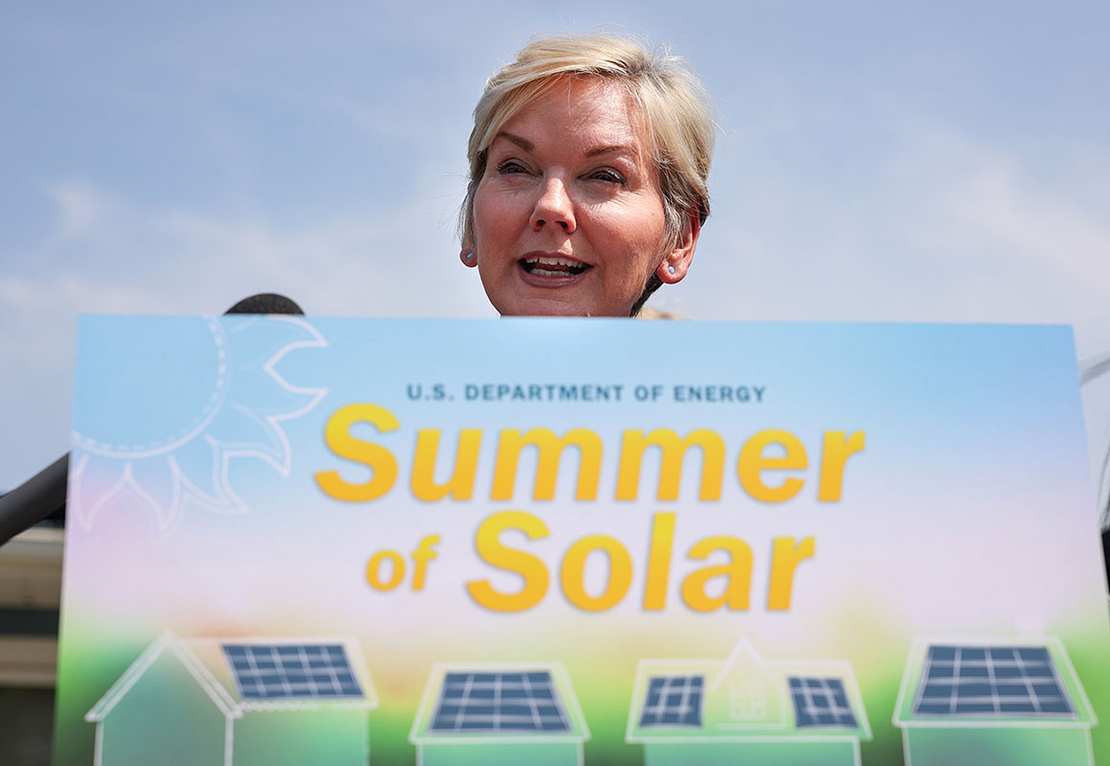 The U.S. could get as much as 40% of its electricity from solar by 2035 if the country commits to federally backed decarbonization efforts and adopts policies to promote the technology, the Department of Energy said in a report today.

The document comes as Capitol Hill prepares for weeks of debate on a sweeping $3.5 trillion budget reconciliation package, which has the potential to contain hundreds of billions of dollars to encourage clean energy technologies to combat climate change.

The report says rapid cost declines in solar deployment will make the technology’s rise all but inevitable, even under a business-as-usual scenario. Solar generation’s share will likely rise seven times its current number by 2035, said the report.

But to achieve needed carbon reductions to stave off the worst climate change and achieve 40% solar production by 2035, the country needs to rapidly accelerate clean energy deployment by nearly four times its current pace by the end of the decade.

“Achieving this bright future requires a massive and equitable deployment of renewable energy and strong decarbonization polices — exactly what is laid out in the bipartisan Infrastructure Investment and Jobs Act and President Biden’s Build Back Better agenda,” Energy Secretary Jennifer Granholm said in a statement.

Solar power deployment saw a record year in 2020 as the industry increased its share of the electric mix to 3%, despite headwinds related to global trade and a pandemic slowdown. In total, 15 gigawatts was deployed last year.

According to the report, the United States would need to deploy 1,000 GW of solar power by 2035 to reach the 40% target. Under such a scenario, almost no natural gas or coal plants would contribute to the electric mix, while nuclear would drop to nearly half its current output. Wind would rise to as much as 36%, the report said.

Manufacturing related to solar’s growth could create as much as 500,000 to 1.5 million new jobs across the country by 2035, the report said. President Biden emphasized the economic aspects of his clean energy plans during remarks at the White House today.

The report said prices could stay at their current levels, depending on technological advances in solar panel technology, energy storage and grid improvements. The administration has identified all three as critical research goals already underway at DOE.

“A dramatically larger role for solar in decarbonizing the U.S. electricity system, and energy system more broadly, is within reach, but it is only possible through concerted policy and regulatory efforts as well as sustained advances in solar and other clean energy technologies,” the report said.

Democrats are looking to promote the deployment of more renewable energy as part of their reconciliation efforts. The package is expected to contain a clean energy standard as well as a series of tax credit boosts that could make solar and wind more economically attractive for investors.

The solar industry rallied more than 750 solar-related companies to lobby congressional leaders this morning to extend the solar investment tax credit and include a direct pay option as part of that extension, according to a letter from the Solar Energy Industries Association.

“The ITC is also a proven job creator, and after years of policy whiplash, it’s time that we give clean energy businesses the policy certainty they need to clean up our grid and create the millions of jobs necessary to build an equitable clean energy economy,” said SEIA President and CEO Abigail Ross Hopper in a statement.