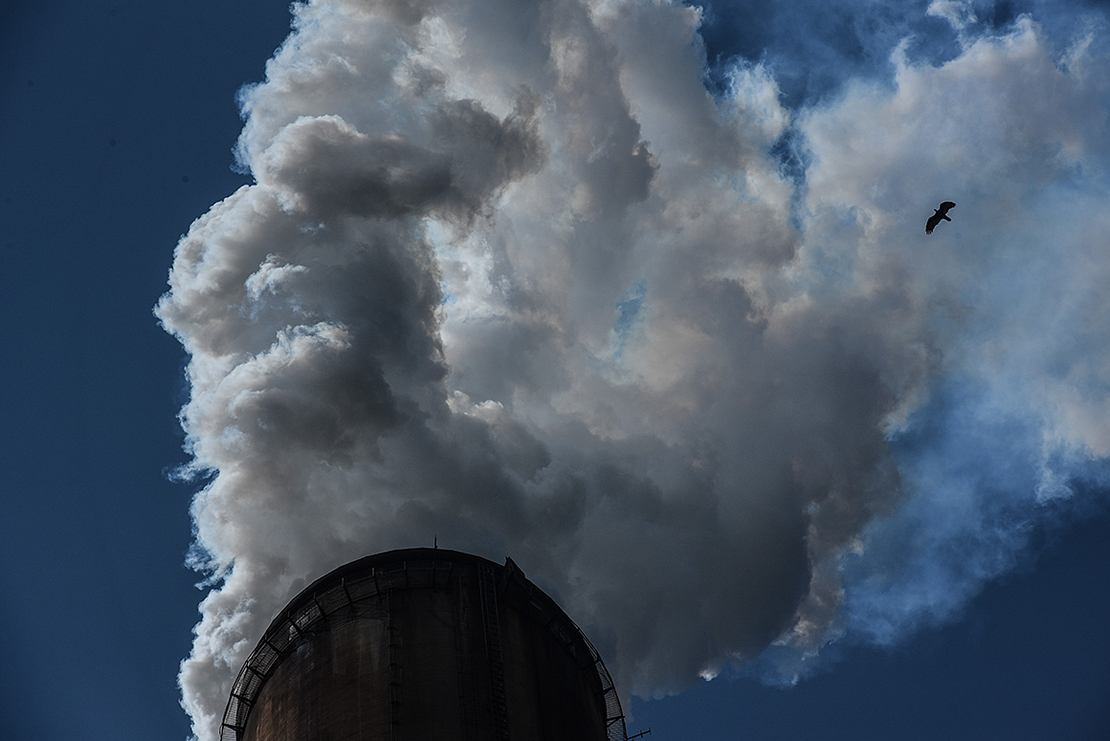 A bird flies by the emissions from the Gavin power plant on Sept. 11, 2019, in Cheshire, Ohio. Stephanie Keith/Getty Images

For the fourth and perhaps final time, EPA today asserted its authority to regulate some of the most toxic air releases from power plants in hopes of ending a seesaw regulatory fight that has spanned decades and once reached the Supreme Court.

But with the agency’s ability to regulate power industry carbon emissions now at risk from another pending case before the high court, the draft rule released this afternoon could also presage a broader EPA campaign to further the Biden administration’s climate goals by other means (Climatewire, Jan. 24).

“Sound science makes it clear that we need to limit mercury and toxins in the air to protect children and vulnerable communities from dangerous pollution,” EPA Administrator Michael Regan said in a statement. “EPA is committed to aggressively reducing pollution from the power sector so that all people, regardless of zip code or amount of money in their pocket, can breathe clean air and live healthy and productive lives.”

In the newly released draft, the agency reaffirmed the legally required finding that it is “appropriate and necessary” to limit emissions of mercury, arsenic and other hazardous pollutants from coal-fired power plants. If made final, the proposal would reverse a Trump administration decision to scrap that finding, which laid the foundation for seminal regulations issued a decade ago that have helped slash those emissions.

Because all major utilities have long since come into compliance with what are formally known as the Mercury and Air Toxics Standards, the proposal will have no immediate practical impact if made final. But it could shield the standards from a coal company lawsuit filed two years ago alleging that they should be revoked because their legal basis no longer exists. EPA is also seeking public feedback on the option of tightening the existing emissions limits based on advances in pollution control technology over the last decade.

In a flurry of news releases, environmental and public health groups — and even industry — swiftly applauded the proposal and urged further action.

“Now EPA must stay on the offensive in the fight for public health,” Earthjustice attorney Neil Gormley said. “We look forward to working with the agency as it moves ahead to strengthen MATS and other essential clean air rules.”

Also expressing gratitude was a top utility industry trade group that’s usually not a fan of EPA. Restoration of the appropriate and necessary finding “enables electric companies to remain focused on getting the energy we provide as clean as we can as fast as we can, while maintaining the reliability and affordability that our customers value,” said Tom Kuhn, president of the Edison Electric Institute.

Power companies had opposed the Trump administration’s 2020 decision to revoke the finding for fear that it could imperil their ability to recoup MATS compliance costs from ratepayers.

Under the 1990 Clean Air Act amendments, EPA had to formally make that determination before issuing the standards. After the Clinton administration initially made the finding in 2000, it was revoked by the George W. Bush administration and then reaffirmed under President Obama in 2012 and 2016.

Because mercury is a neurotoxin that can affect babies’ brain development, the Trump administration’s decision to roll back the finding was particularly hard-fought. In justifying its decision, the Trump EPA pointed to the original cost-benefit analysis, which found that almost all the quantifiable health gains would come from “co-benefits” stemming from cuts in soot-forming pollutants that were not among those directly targeted by the standards.

The contrast with the standards’ projected $9.6 billion compliance cost later caught the attention of the Supreme Court, which in a 2015 opinion allowed the emission limits to go into effect but found that EPA should have considered compliance expenses in making the appropriate and necessary finding. The agency reaffirmed the finding the following year.